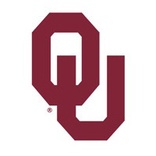 Attracting top students from across the nation and more than 100 countries around the world, OU provides a major university experience in a private college atmosphere. OU is number one in the nation in the number of National Merit Scholars enrolled among public universities and is in the top ten of public universities in the nation in the graduation of Rhodes Scholars. The OU Honors College is one of the largest honors programs among public universities in the United States, matching the University’s best and brightest students with faculty in classrooms of 19 or fewer students. OU is one of the few public universities in the nation to cap the class size of first-year English composition courses at no more than 19. OU offers students the opportunity to study abroad in over 100 cities and 50 countries, including our signature program in Arezzo, Italy. The number of endowed faculty professorships and chaired positions has increased from less than 100 15 years ago to more than 560 today. This enables OU to keep and attract faculty researchers of national and international stature.

University of Oklahoma has over 350 student organizations. For four of the last six years the OU Debate team has won the National Debate Championship. Other students from across campus have worked in teams to also win top awards in the National Petroleum Engineering Competition, the National Kennedy Center Competition in Drama, and the entrepreneurship program consistently ranks in the top five nationally.