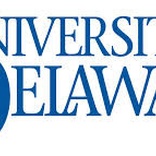 The University of Delaware exists to cultivate learning, develop knowledge, and foster the free exchange of ideas. State-assisted yet privately governed, the University has a strong tradition of distinguished scholarship, research, teaching, and service that is grounded in a commitment to increasing and disseminating scientific, humanistic, and social knowledge for the benefit of the larger society. Founded in 1743 and chartered by the state in 1833, the University of Delaware today is a land-grant, sea-grant, and space-grant university.
The University of Delaware is a major research university with extensive graduate programs that is also dedicated to outstanding undergraduate and professional education. University faculty are committed to the intellectual, cultural, and ethical development of students as citizens, scholars, and professionals. University graduates are prepared to contribute to a global society that requires leaders with creativity, integrity, and a dedication to service.
The University of Delaware promotes an environment in which all people are inspired to learn, and encourages intellectual curiosity, critical thinking, free inquiry, and respect for the views and values of an increasingly diverse population.
An institution engaged in addressing the critical needs of the state, nation, and global community, the University of Delaware carries out its mission with the support of alumni who span the globe and in partnerships with public, private, and nonprofit institutions in Delaware and beyond.

Courses are offered in a broad range of disciplines, including 4 associate’s, 130 bachelor’s, 115 master's, and 43 doctoral programs, through UD's seven colleges--Agriculture and Natural Resources; Arts and Sciences; Business and Economics; Earth, Ocean, and Environment; Education and Human Development; Engineering; and Health Sciences.

All students that apply for freshman admission to the University of Delaware by January 15 are automatically considered for scholarships. The Admission Committee considers a number of factors when evaluating applicants for merit awards. Unless requested, students do not need to complete an additional form, other than the Common Application.

The University of Delaware awards academic scholarships to a high number of incoming freshmen. And approximately 100 Distinguished Scholars, our most prestigious awards, are named each year.

In addition, students interested in our Art, Apparel Design and Music majors must submit a portfolio or audition, respectively, to be considered for admission and scholarships awards.

To apply for need-based aid, file the Free Application for Federal Student Aid (FAFSA) as soon as possible after January 1. Use the institutional code for the University of Delaware: 001431. We strongly recommend filing the FAFSA by February 15, especially for students who want a timely notification of the financial aid award. A new FAFSA must be filed for each subsequent year.

Loan and Grant definitions are available through the Student Financial Services website.

Please note that Federal financial assistance is available only to U.S. citizens and Permanent Residents. The University does consider international students for merit scholarships.