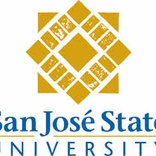 In collaboration with nearby industries and communities, SJSU faculty and staff are dedicated to achieving the university's mission as a responsive institution of the state of California: To enrich the lives of its students, to transmit knowledge to its students along with the necessary skills for applying it in the service of our society, and to expand the base of knowledge through research and scholarship.

San Jose State University consists of seven colleges that offer a total of 69 undergraduate degrees with 81 concentrations. These colleges include specializations in the arts, science, education, humanities and other areas. Together they create a university of abundant opportunities which lead to successful careers for our students. You can begin planning your studies at SJSU by exploring our college to find information about their departments and the programs they offer.

College of Applied Arts and Sciences

College of Humanities and Arts

The Financial Aid and Scholarship Office administers three types of scholarships: SJSU campus based, department based, and private based. Students should apply for as many scholarships as possible to lessen the need for loans or part-time work to attend school.

General Information
The M.A. degree programs provide advanced preparation for the teaching of French or Spanish in high schools or community colleges, and for further graduate study. Following is information pertaining to admission to the program, requirements for conferral of degrees, graduate seminars list, graduate seminars schedule as well as the reading lists.

In collaboration with SJSU faculty, CIES creates new programs that reach across disciplines. These programs address the increasingly complex issues facing professionals in many fields.