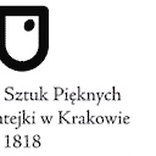 The Academy of Fine Arts in Kraków is the oldest artistic university in Poland. It was founded in 1818 and existed at the start as School of Drawing and Painting within the Department of Literature of Jagiellonian University (founded in 1364). After it became an independent unit in 1873 it assumed the name School of Fine Arts and its director at that time was a distinguished Polish historical painter, Jan Matejko (1838-1893), the present patron of the Academy. He contributed significantly into the formation of Kraków's artistic circle and had many distingushed disciples. After his death another great landscape painter, Julian Fałat, played an important part as the first rector of the Academy. He became renowned as the reformer of the school which then received the academic status and assumed its present name, that of the Academy of Fine Arts. In the period which in the European art was mainly marked by Modernism the Faculty of Painting had the most distinguished Polish painters as teachers. Among them were: Leon Wyczółkowski, Teodor Axentowicz, Stanisław Wyspiański, Jacek Malczewski, Jan Stanisławski and Józef Mehoffer, and after 1905 Józef Pankiewicz, Ferdynand Ruszczyc and Wojciech Weiss. The Academy was at the time the main centre of Polish artistic life. After Poland regained independence in 1918 the, so-called, Paris Committee was organized, which was later on known as the Branch of Kraków Academy in Paris. It contributed considerably into the development and promotion of Polish art. In addition, there were attempts at the time to create separate faculties at the Academy. After World War II there were two artistic universities in Kraków. In 1950 they merged with each other as State Higher School of Fine Arts and since 1979 the Jan Matejko Academy of Fine Arts. The school has continued to develop its structure, teaching staff as well as the methods of instruction. It still remains faithful to its splendid tradition and at the same time is open to contemporary challenges and needs. The Academy of Fine Arts has been teaching artists for 180 years; among them are painters, sculptors, graphic, interior and industrial designers, stage designers and art conservators of high rank, thus contributing considerably to the creation of Polish culture and its promotion all over the world, wherever its numerous graduates or teachers and their work reach.

Time students do not receive social scholarship in an increased amount in respect of residence in the DS. or other object than the DS.

Division is the basic organizational unit. It is headed by the dean.
Training at the Academy of Fine Arts held in seven faculties.
These are: Faculty of Painting , Sculpture Department , Faculty of Graphic Arts , Department of Interior , Department of Conservation and Restoration of Works of Art , Faculty of Industrial Design and the Department of Intermedia . In addition, the training takes place in the Inter-Entities such as the Interdepartmental Chair of Theory and History of Art, Department of Foreign Languages ​​and Physical Education. Complement the training and operation of the university-wide units in the form of: Library , Museum , Archives, Publishing and Gallery .
The apartment can be found in the House of the student and to the open air or leisure travel to the House of outdoor in Zakopane.

Postgraduate Studies in Design of clothing has its origins in the Open Studio Fashion Design. Laboratory was established as one of the parts made by the Academy of Fine Arts Project - Human Capital Operational Programme called Entrepreneurial Arts - development of cooperation with enterprises as part of the development program of the University, 4.1.1. Open Studio Fashion Design work for the period 2008-2013, providing education to students of all faculties at the Academy. In the course of the project included about 600 works of students who are taking part in numerous competitions won numerous awards and distinctions. Many of them continued his artistic activities related to the fashion market.