“One great function of the arts is to keep ideals alive in a culture that does not yet realize them.”
― Susan Neiman

To say we live in interesting times is an understatement. The other day I came across a statistic that boggles the mind — data, the sum total of all human knowledge is now doubling every 12 months and, some predict, will soon be doubling every 12 hours. Think about that for a moment. Where once the growth of our knowledge of the world and the known universe was linear, it is now exponential. And yet, on a societal level it can seem, at times, that our ability to function harmoniously and effectively as a species is regressing, not progressing. The challenge is clear — how do we, as humans, leverage this phenomenal growth in data for the common good and for the preservation of so much that is worthy of passing on to future generations? It could go either way — we can allow ourselves to be drowned by this tsunami of our own making or we can harness its inherent power to transform this planet into the paradise it has the potential to become. Utopian? Perhaps — and yet, this may be precisely what is wrong with so much thinking nowadays — devoid of vision, all this knowledge can become a destructive force — infused with vision and purpose, renewal and transformation are virtually givens.

In a world where those virtues that have always facilitated human interaction at all levels seem to, at times, be under threat of extinction, reflection on the extent to which they serve as the foundation of any initiative — personal or collective — warrants attention. This animation was inspired by the following quotation which emphasizes the primordial importance of a good character — those qualities that are needed if we are to move forward as a global community and survive as a species.

"Training in morals and good conduct is far more important than book learning. A child that is cleanly, agreeable, of good character, well-behaved—even though he be ignorant—is preferable to a child that is rude, unwashed, ill-natured, and yet becoming deeply versed in all the sciences and arts. The reason for this is that the child who conducts himself well, even though he be ignorant, is of benefit to others, while an ill-natured, ill-behaved child is corrupted and harmful to others, even though he be learned. If, however, the child be trained to be both learned and good, the result is light upon light." — ‘Abdu’l-Bahá

Why is it that every architect — from Aalto to Zumthor has designed at least one chair? Perhaps doing so represents the distillation of a complex discipline into something that is both functional and beautiful and which can be replicated and distributed relatively easily to a much wider audience. Logos may fulfill the same need for graphic designers.

The word logo has its roots in the Greek “logos” meaning word or speech. A good logo has the potential to shape the visual identity of an organization. In our constantly changing world, conceptions of what a good logo is morph over time. Take the trend now among fashion brands to ditch logomarks that have represented their products for decades for minimalist wordmarks that increasingly seem indistinguishable one from another. On the polar opposite of this pared down aesthetic are those logos that have the potential to transform in time and space, marks that can, if needed, be fluid, multidimensional and infused with colour. The style chosen very much depends on the intended message.

The poster as an artform has been around for a while now — first becoming a viable option for wide distribution with a new lithographic process developed by Jules Cheret in France in the early 1880’s. Since then, it has established itself as an effective means of communication, particularly in those fields related to the arts and the humanities. Even the disruptive effects of the digital era have failed to force it into extinction — if anything, poster designs are more vibrant than ever. For me, the poster continues to represent a challenge in that it is a means by which to distill sometimes complex messaging into an easily understood format. And thus, I like to refer to the poster as craft.

“When I say it's you I like, I'm talking about that part of you that knows that life is far more than anything you can ever see or hear or touch. That deep part of you that allows you to stand for those things without which humankind cannot survive. Love that conquers hate, peace that rises triumphant over war, and justice that proves more powerful than greed.”
― Fred Rogers

Love is complex, the underlying force of the universe some would argue. It is what brings oftentimes disparate elements together to form a functional whole. It is a principle that can be applied to the tiniest of particulate matter as well as to the vastness of the known universe. Nature, for me, has always been a manifestation of true love — I have always equated love with beauty, and it is this that I attempt to visualize with this piece. Love is strong — yet vulnerable and fragile.

Diversity is more than a catchphrase. It is a hallmark of any truly vibrant and productive society, particularly so in today's globalized world. It is cause for celebration, not division. Diversity Driven.

The idiom “don’t judge a book by its cover” was already being used in the 19th century when one of the characters in George Eliot’s “The Mill on the Floss” cited it in discussing the merits of the binding of Daniel Defoe’s “The History of the Devil”. Since then, it has been used as a warning not to prejudge a person or an object based on externalities. And yet, who are we kidding, when it comes to books, a cover can make or break a sale, regardless of content. The “packaging” of anything matters — design matters. I have had the good fortune, coming on 18 years, of taking on the challenge of designing dozens of book covers for Oxford-based George Ronald Publisher, which has been publishing iconic literature on Baha’i-related subjects since 1943. Contrary to what many contend, I don’t think digital media will kill the printed book — they will be around for a while and their covers will continue to present a challenge to designers worldwide. 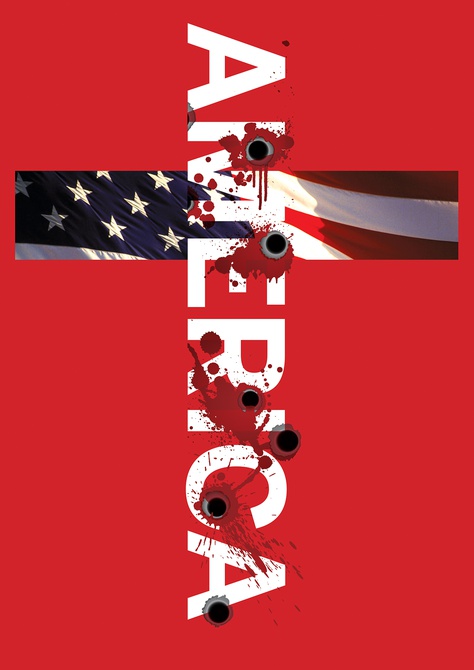 The American people are being crucified in order to protect the interests of a morally bankrupt gun lobby. Meanwhile those who have the power to change this status quo of horror talk and pray, talk and pray, talk and pray — and talk and pray some more. The American brand of Evangelicalism invokes a God that packs an M16 and slaughters children with impunity in the name of an anachronistic second amendment that is rendered meaningless by the violence that it spawns. After each mass shooting the media goes through its now knee-jerk post-mortem of maudlin reflections which lead nowhere. Making America Great Again — one corpse at a time.
Using a cross to represent the United States of America, bullet holes graphically reference the price that America is paying to placate its love affair with the gun. The crucifix is also symbolic of America's peculiar brand of religiosity which has, somehow, reconciled unremitting violence with the message of peace brought to the world by Jesus Christ. 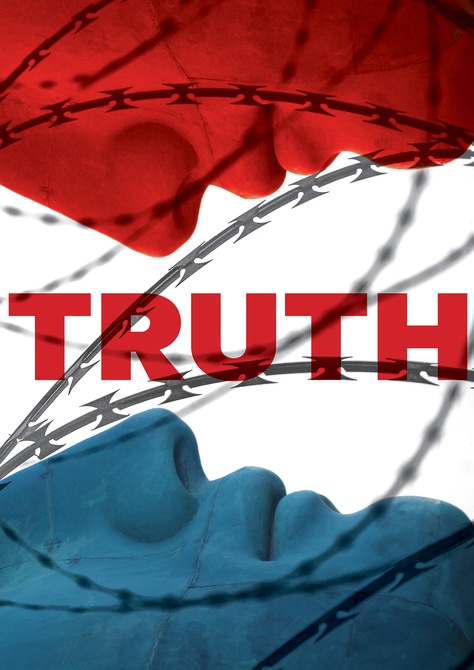 Mirriam-Webster defines “truth” as “the body of real things, events, and facts” and then there is “Truth”, “a transcendent fundamental or spiritual reality”. I think Livy was referring to the latter in the above quotation — truth (lower case), on the other hand, seems increasingly to be under assault in today’s world and overtly so. We see that sad reality playing itself out on virtually every media platform 24/7. If “Truthfulness is the foundation of all human virtues” what does it say about a society when its “leaders” appear to be willfully assaulting that foundation and violently so? Does this intentional destruction somehow, if perpetuated and repeated over time, work its way into the DNA of social and institutional interaction? At what point do we as a collective simply say “Enough!” and demand a return to truthfulness as the gold standard of human relations? I often wonder about that, because, from all appearances, it is getting worse, not better. George Orwell was prescient indeed when he wrote “In a time of universal deceit, telling the truth is a revolutionary act.” 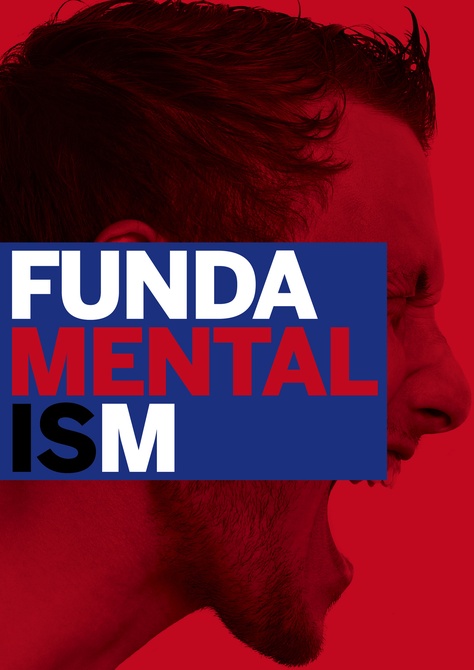 Title
Fundamentalism — Comes in all Colours

Title
Fundamentalism — Comes in all Colours 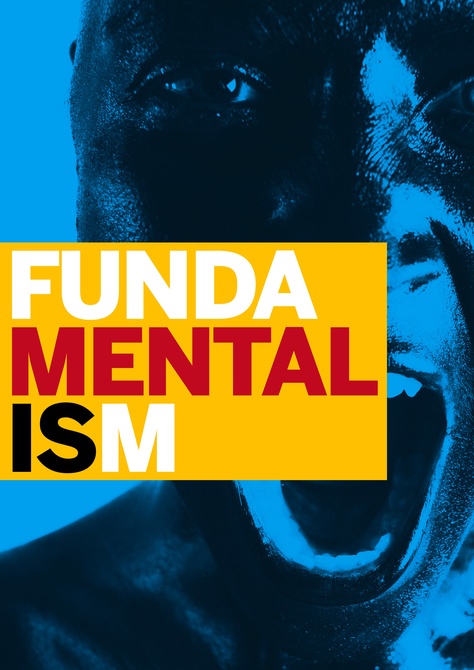 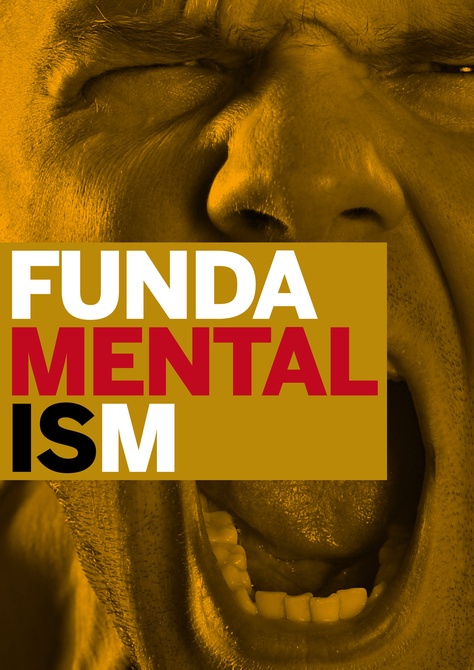 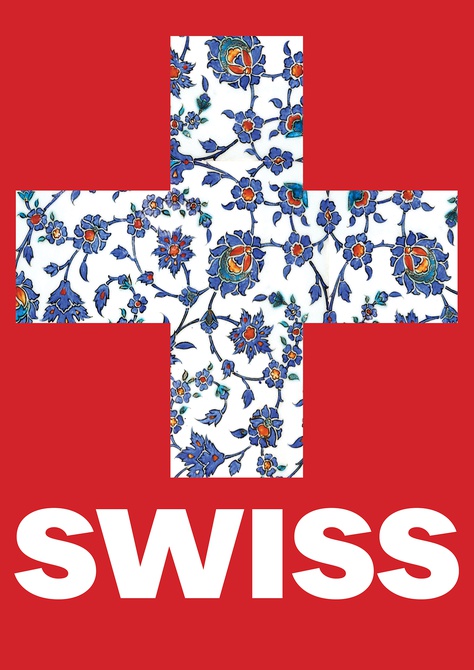 August 1st is Switzerland’s equivalent of Canada Day or July 1st. Although I was born in Switzerland of a Swiss father and a Persian mother, I’ve always struggled with “identity” to a degree. Why is it that terms such as British-Canadian or Irish-Canadian are rarely used but Indo-Canadian and Chinese-Canadian are? Canadians of Caribbean origin have been an integral part of Canada’s fabric since 1796 when 556 Jamaicans made their way here to escape slavery. Canadians glibly smirk at American racism, but are we that much better? With the recrudescence of hate crimes in the Great White North, that ugly underbelly of Canadian society is being exposed for what it is. We have to look no further than the continued marginalization and abuse of Canada’s aboriginal population.

Identity is complex. Ultimately, we are all human. Shouldn’t our highest allegiance be to our planet and not to the imaginary demarcations of nationality, ethnicity and race that continue to prevent humanity from achieving its true potential? As we celebrate national identity on a day like today, that higher allegiance may be something to reflect upon as we move through the choppy waters of our collective existence on this tiny and very fragile dot in what is an unimaginably vast universe. 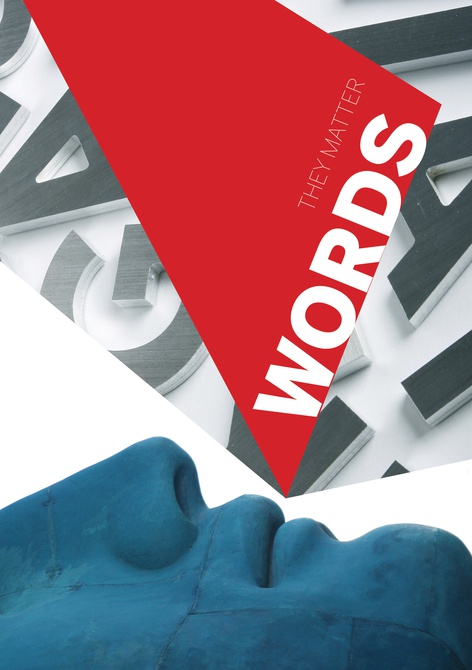 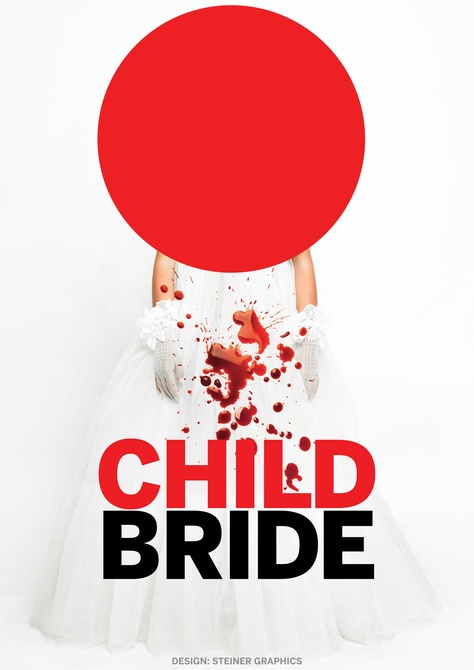 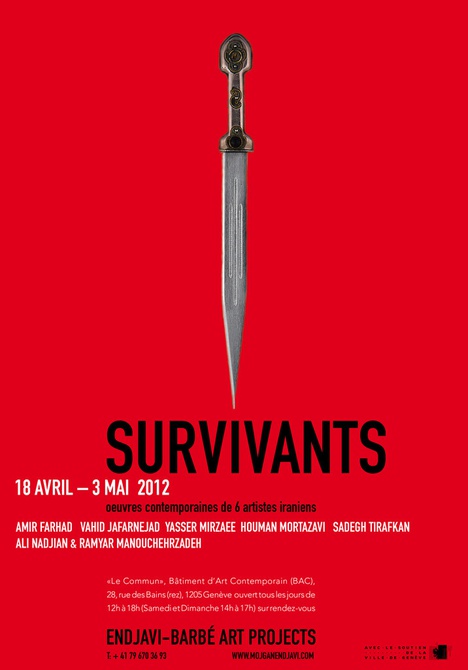 Poster for an exhibition of Iranian contemporary art in Geneva, Switzerland 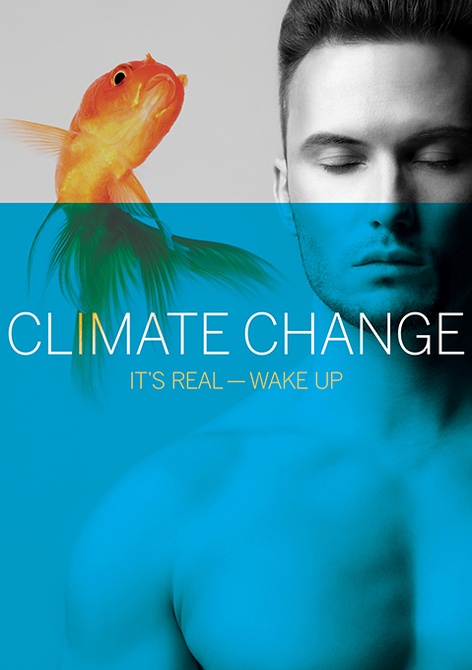 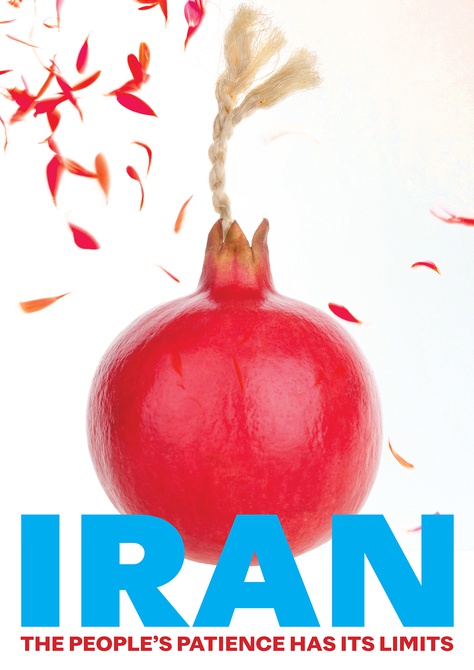 Title
THE PEOPLE'S PATIENCE HAS ITS LIMITS

Title
THE PEOPLE'S PATIENCE HAS ITS LIMITS 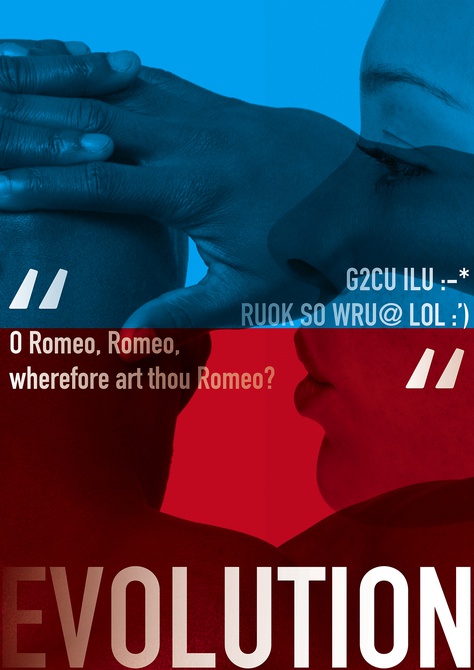 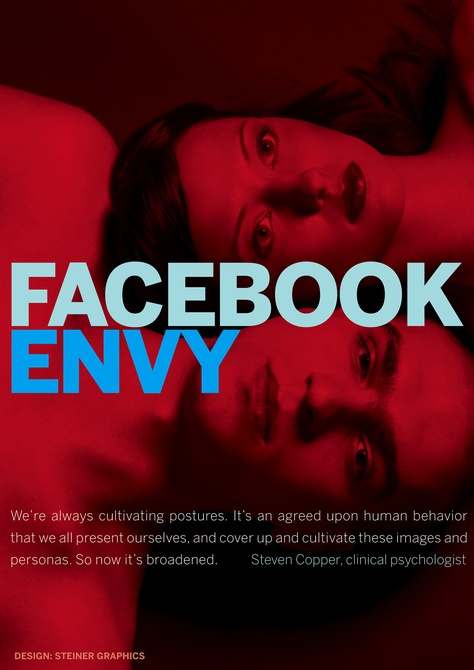 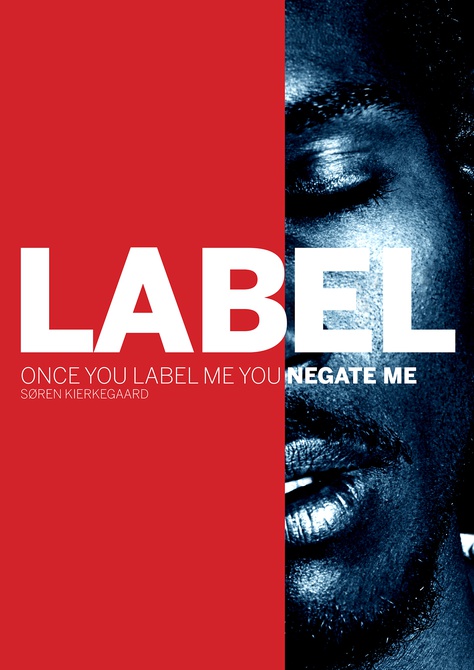 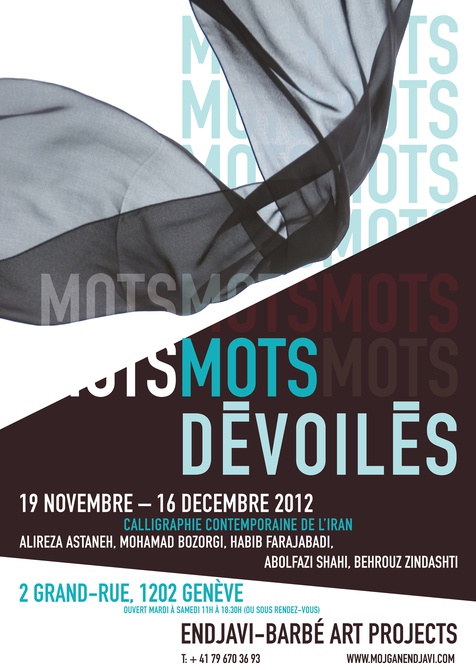 Poster for an exhibition of Iranian contemporary art in Geneva, Switzerland. 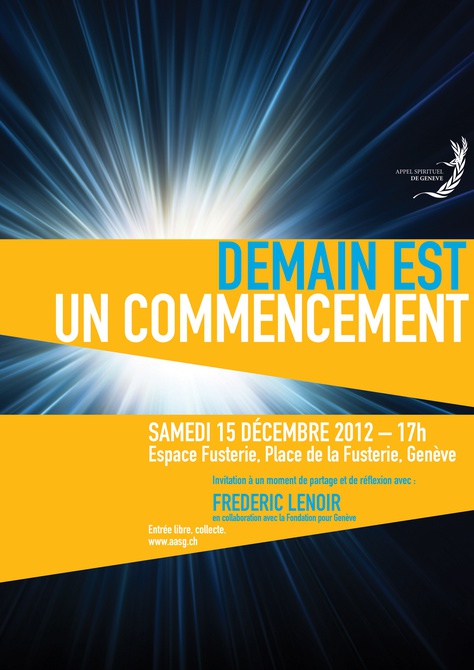 Poster for the annual gathering of the Geneva Spiritual Appeal 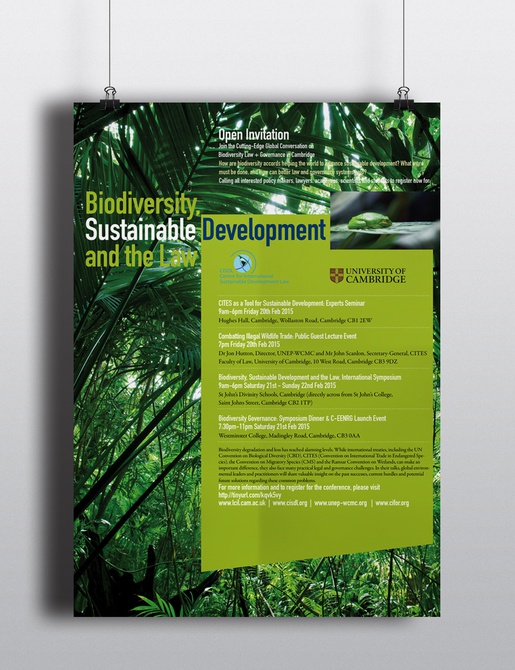 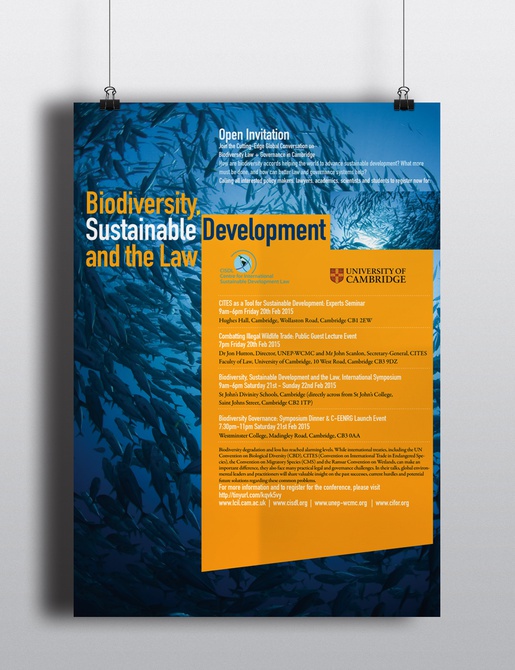 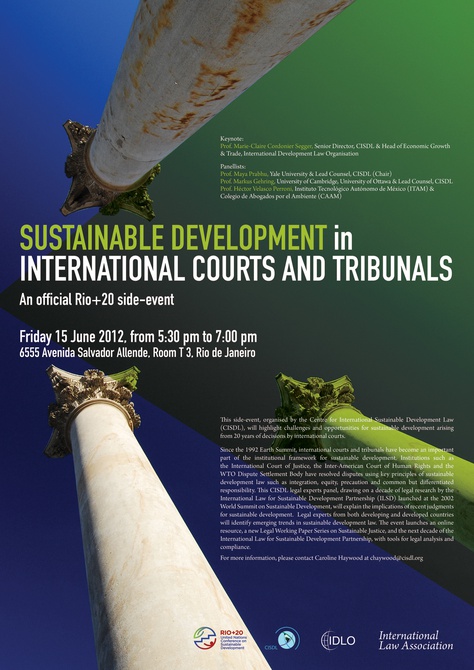 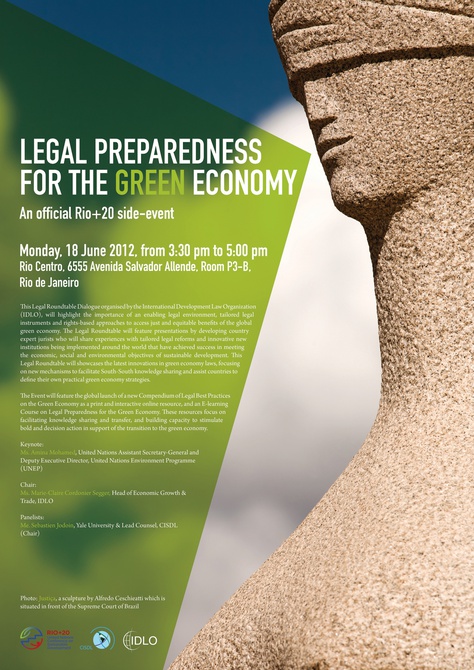 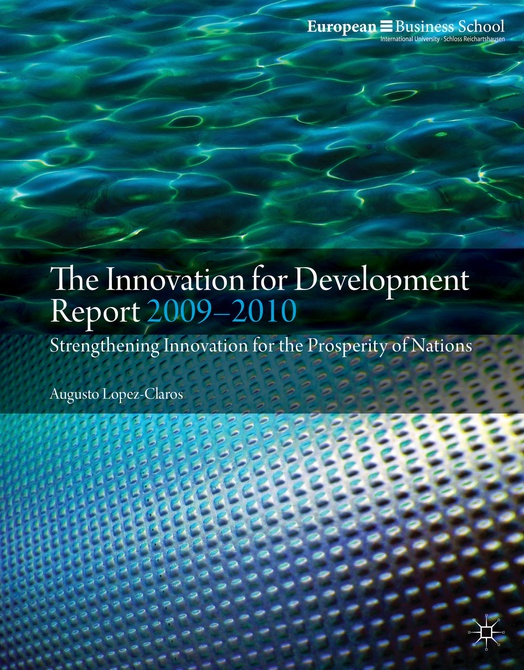