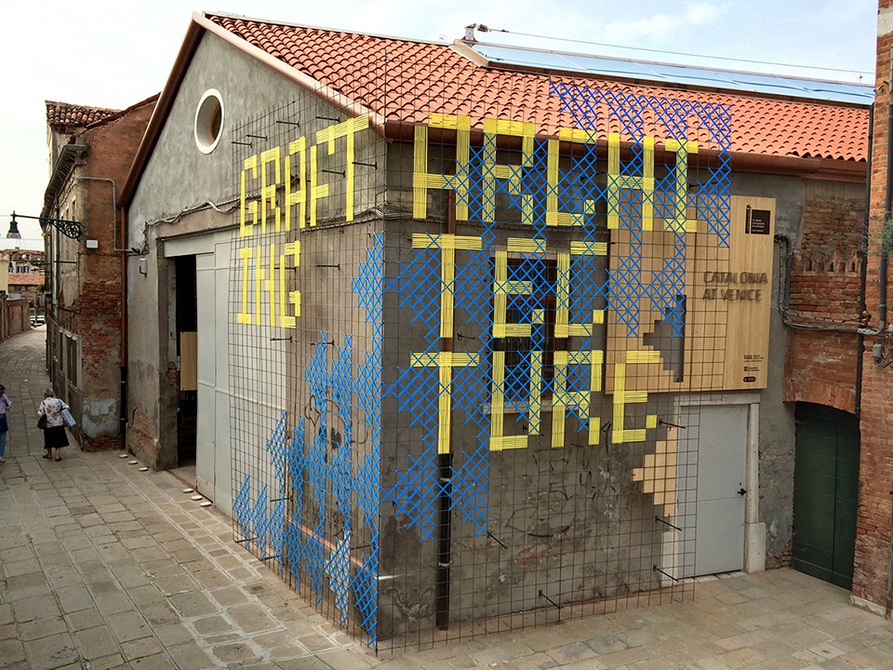 The starting point of “Grafting Architecture” is the restoration of Casa Bofarull (1913-1933), one of the key works of Josep Maria Jujol (1879-1949), where the architect inserts a new layer into one which already exists. This enables a fusion of sorts, in which different periods and different ways of living stratify and overlap. It therefore becomes ultimately impossible to separate the parts from the whole.

Principle 1: If Jujol, Gironès, Pinós, etc worked with building materials like iron, welded mesh, ceramic tiles, metal nails, wood panels, etc. we will do so, as well. Principle 2: If Jujol’s main colors are blue and yellow, we also choose to use these colors. Principle 3: If we live in a digital world, we will use the grid, and a pixel-based typeface, to compose the texts for the signage. Principle 4: If architects are highly skilled artisans, we will be, as well; our inspiration will come from sources such as wicker basket crafts and cross-stiching.

The result of our four basic principles is a series of interventions and elements, themselves grafted, distributed around the city, some indicating the way to the pavilion and others as interventions on the pavilion.

As Jujol in Casa Bofarull, Gironès in Seró’s Transmitter Space for the Megalithic Tumulus, Pinós and Miralles in Badalona’s La Llauna High School, RCR in Ripoll’s La Lira Public Theater Space, etc, we, as graphic designers, wanted to graft Venice with a visual code that would integrate into the city, while avoiding the strict Venetian regulations (This meant the interventions in the public space should be integrated into, in other words grafted onto, the city and that they could not be visually pollutant).

What the solution proposes:
- Integrating / grafting the graphics into the architectural space.
- Generating graphic interventions that go beyond mere signage.
- Pavilion, itinerary, content and graphics are an inseparable continuum 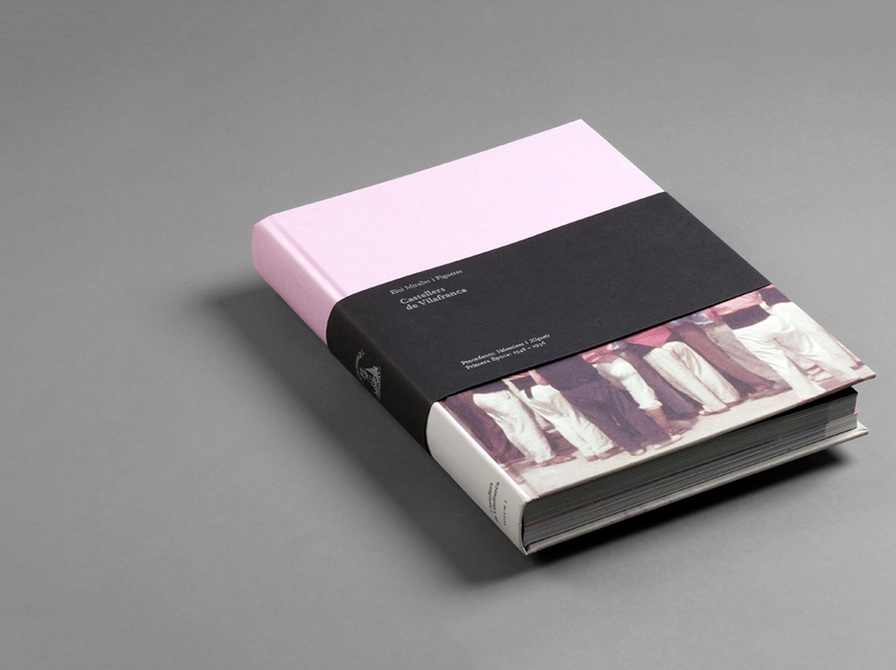 The main challenge was to create a book on the history of a very local tradition, with an overall vision that would satisfy those who were more and less traditionalist in their outlook.

The “Castellers de Vilafranca” is a group dedicated to building human castles that was founded in 1948 and is now the world leader in this activity. Although the first volume covers the first eight years of the association’s history – the period when they wore pink shirts – the book has two parts that are clearly differentiated (by using a different paper and different size).

The size of the book, use of typography, proportions of the images, use of different papers, sizes and materials, and every detail are designed to produce the best book on the human castle tradition – a unique publication that people will want for themselves and to give as a gift, at once classical and contemporary.