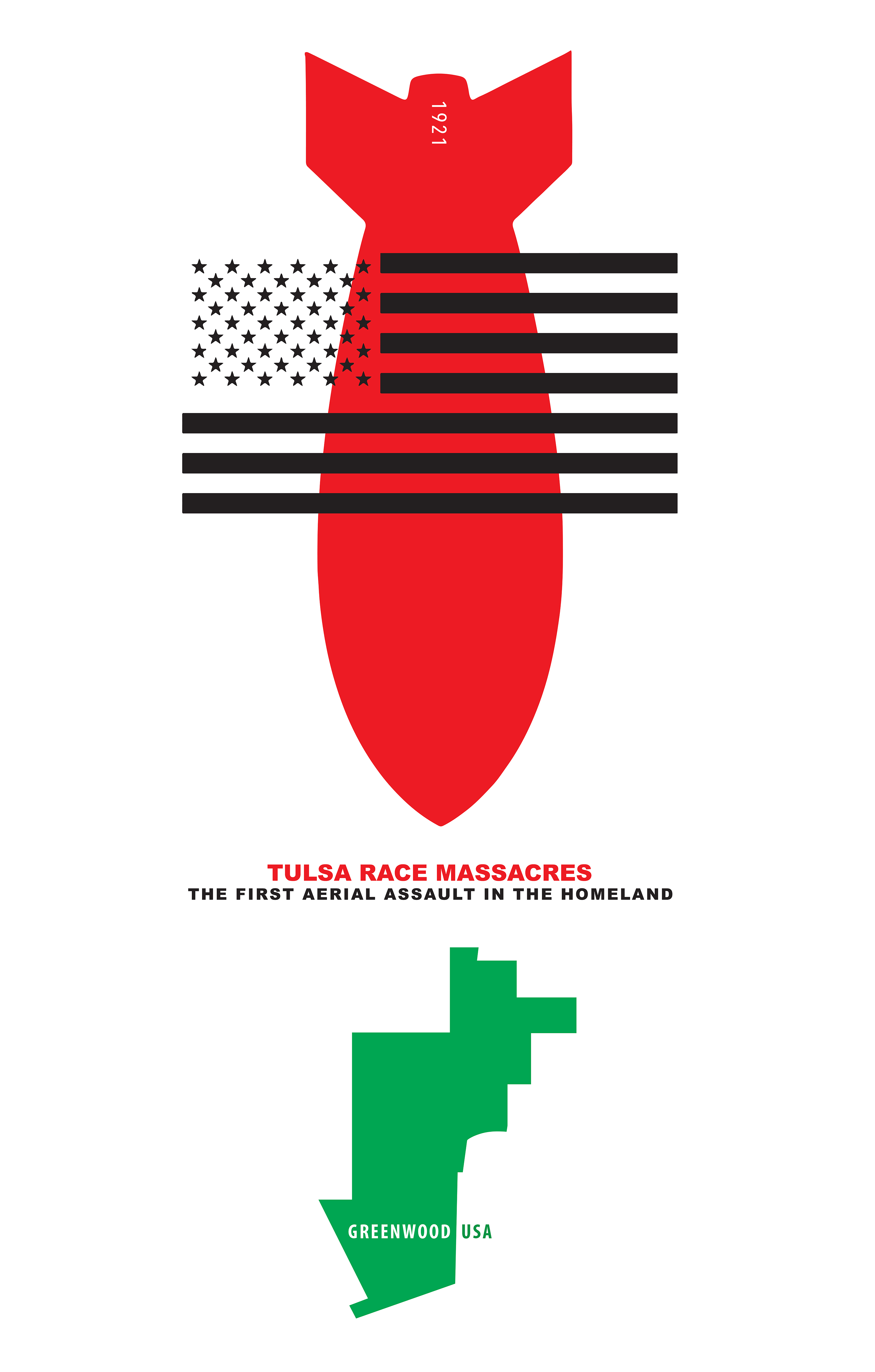 To bring forth unknown information about Tulsa race massacre's in conjunction with the Greenwood art project, in memory of one hundredth anniversary of the Tulsa race massacre's. In this case the horrific act of killing Americans by the hand of Americans, the first aerial bombing in the United States, condoned and acted upon by Americans.

Due to complex and emotional aspects of the story simple graphics were chosen. Complementary colors of red and green to contrast with each other, with the traditional colorful American flag now in black - signifying to the darkness of actualities of the events.

The poster was selected amongst a few that were displayed across Greenwood District in the city of Tulsa during their anniversary events. Other awards in region have recognized the importance of the subject and this specific poster series.