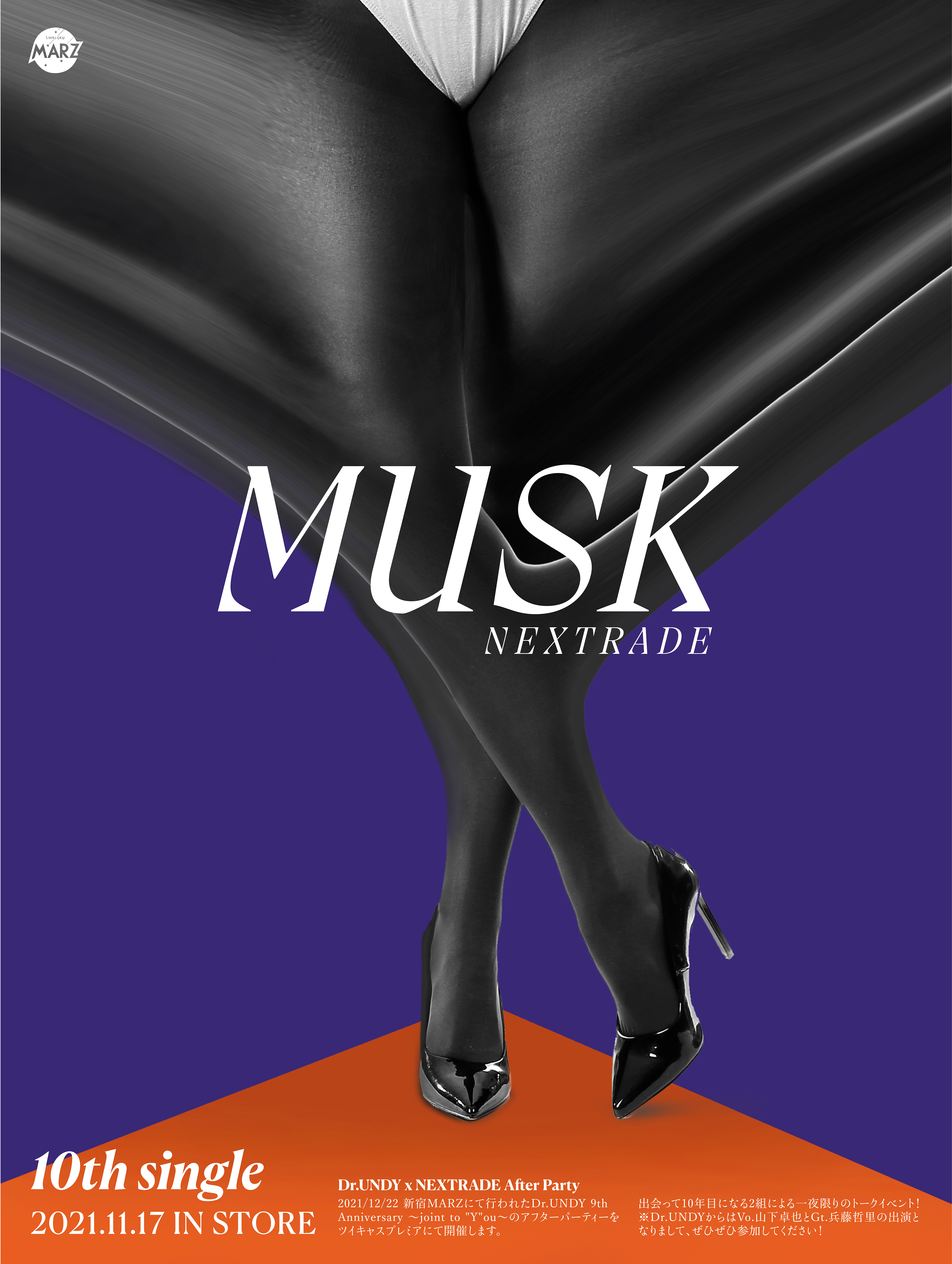 This is once again another design project with the Japanese rock band “Nextrade”, creating the cover art and the key visual for their new single. Having cooperated with the band for years, I made changes that time in the visual presentation to showcase their diverse musical styles. Influenced by American progressive rock and math rock, their new single “MUSK” was a new attempt, having seduction, eroticism and sexual teasing as the main theme. In order to break cliché and to be successful on streaming platforms, I worked on exploring how to express that excitement visually, giving fans a new and different experience. I was hoping that my design could be like the most eye-catching poster and seductive visual language, which stands out among the rest, outside a live house in Tokyo, attracting people to watch their performance, just as the title of the song hints.

When I was working on designing the key visual of “MUSK”, I looked into reference materials related to seduction, eroticism and sexual teasing, including nude portraits and lip makeup photos. But none of those could really convey the main ideas of the song visually. Then I noticed that quite a lot of men like women in black stockings and pointy high heels. They find themselves sexually stimulated seeing that in whatever places and situations, from schools to workplaces, or even waiting at the bus stop. So I decided to shoot a model wearing black stockings and high heels and doing simple poses. No nudity. No gimmicks. I only utilized highly contrasting colors to highlight the wildness of black stockings and to create the experience of seduction and teasing, with the aim of fully portraying the pulsating melodies of the song.

Although the COVID-19 pandemic reduced performance opportunities, the band gained more attention and exposure online through this cooperation. Despite the fact that physical media is being replaced by online streaming services, it does not mean that the importance of visuals is fading. On the contrary, we need to think about how to incorporate visuals into the messages you intend to convey to your audience.