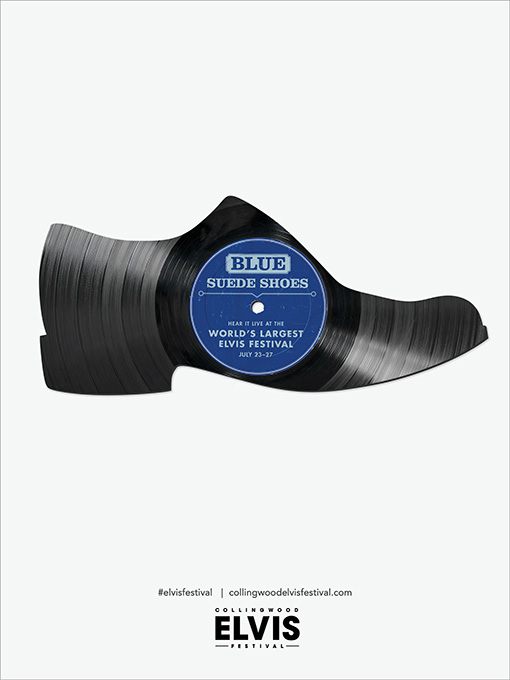 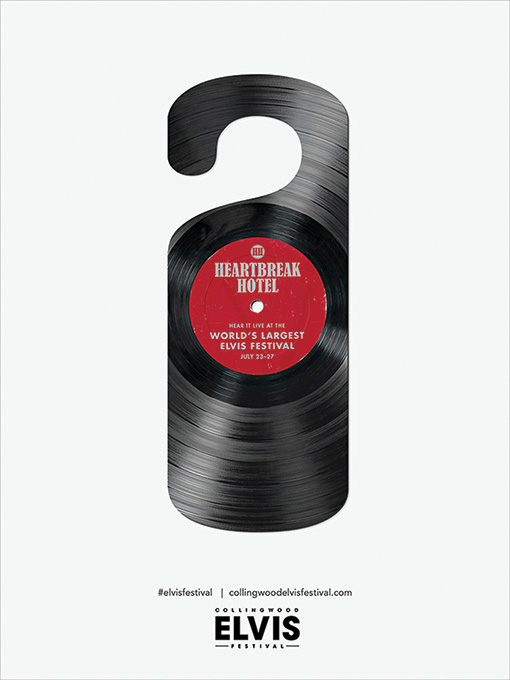 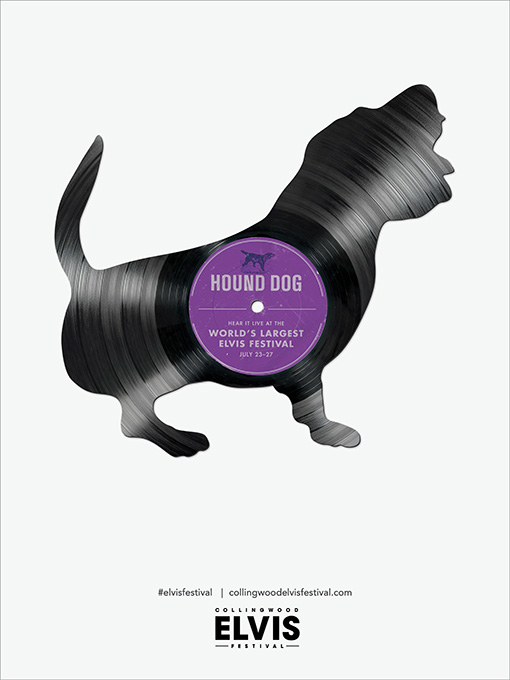 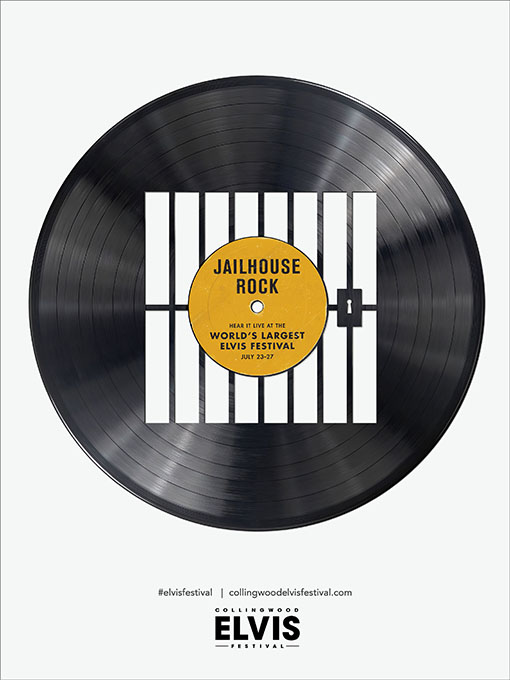 From Blue Suede Shoes to Jailhouse rock, Elvis is loved the world over. But in the Canadian town of Collingwood, they love him so much, that each year they throw the biggest Elvis Festival in the world. In 2014, the festival, which attracts over 40,000 Elvis fans from around the globe, was celebrating its 20th anniversary. Despite this milestone, the Festival’s attendance was in steady decline. Facing an aging demographic, they needed to attract a younger generation of Elvis fans. So we set out to breathe new life into Elvis’ iconic image and beloved music.

We launched with a series of posters and print ads featuring classic Elvis recordings shaped into the subject matter of each song. Every piece of the campaign had to be approved by a client who knew Elvis better than anyone: Pricilla Presley herself—who also attended this year’s festival.

After years of steady decline, the Festival enjoyed its biggest year ever, bringing in record crowds and selling out more events than any previous year. The Collingwood Elvis Festival saw a huge increase in social media activity—more than doubling their Facebook fans and seeing a 400% increase in Twitter followers. The campaign reached so far that Elvis Presley Enterprises in Memphis, and the Las Vegas Elvis Festival requested copies of the work for their own use.