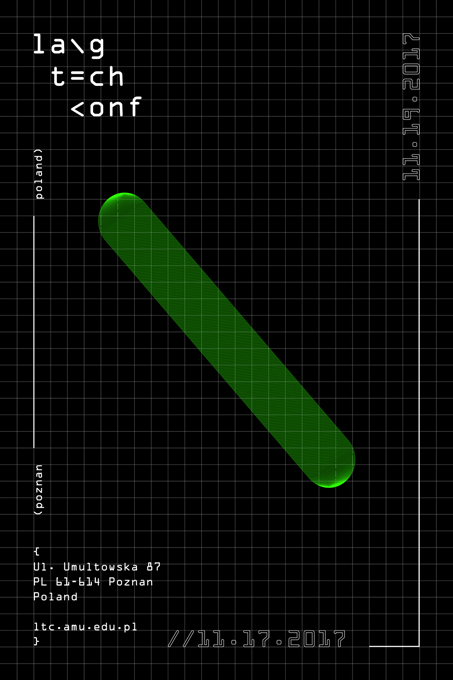 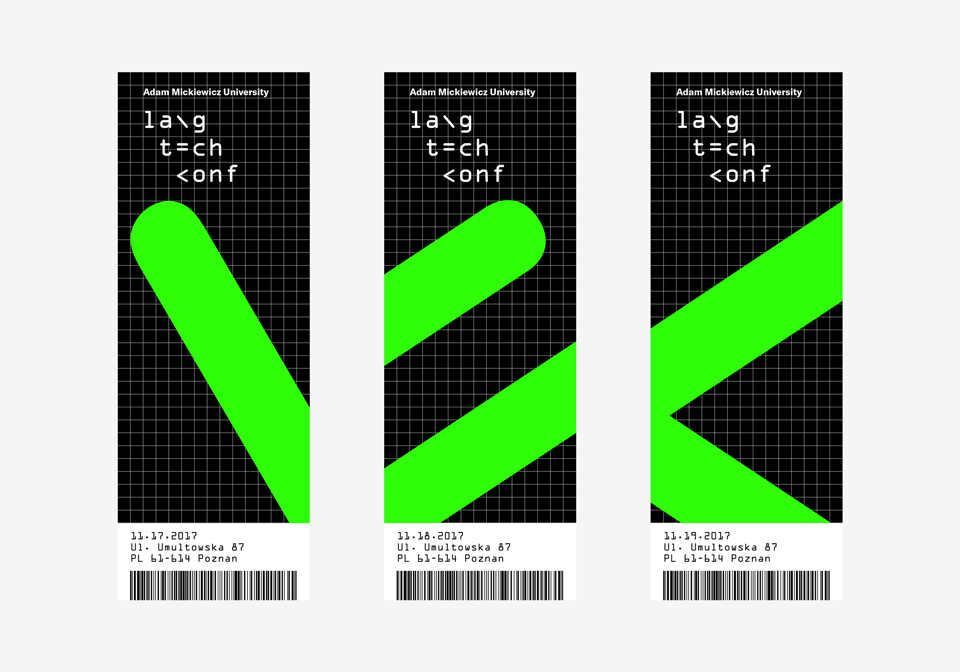 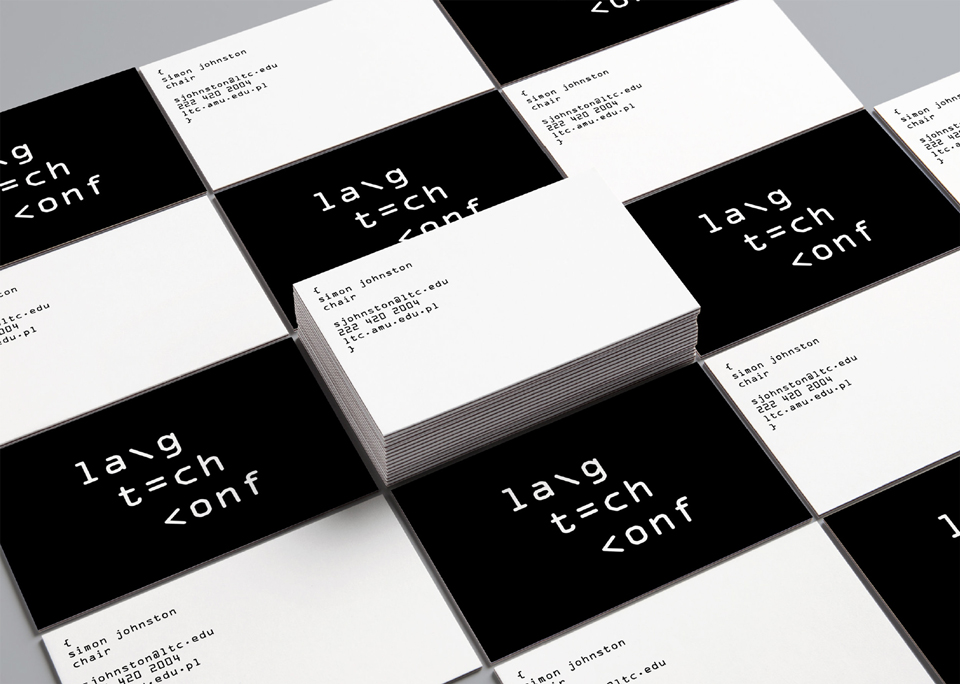 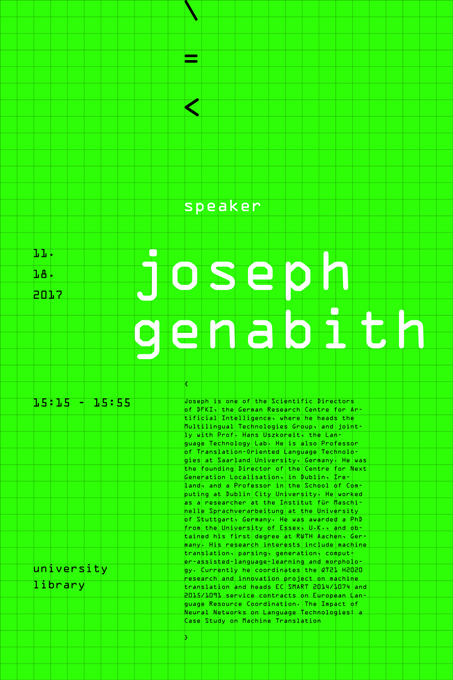 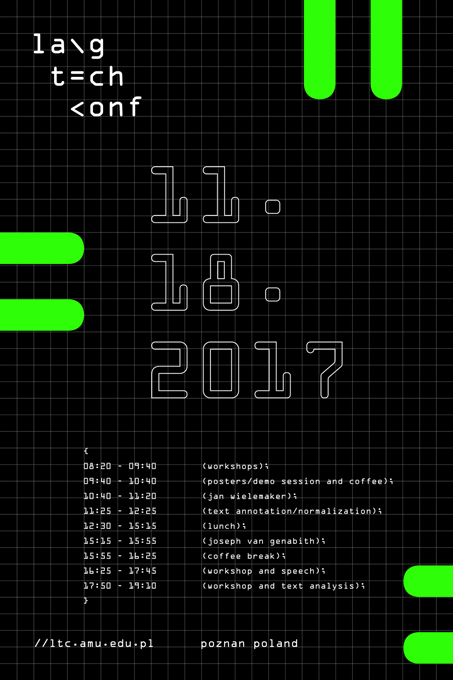 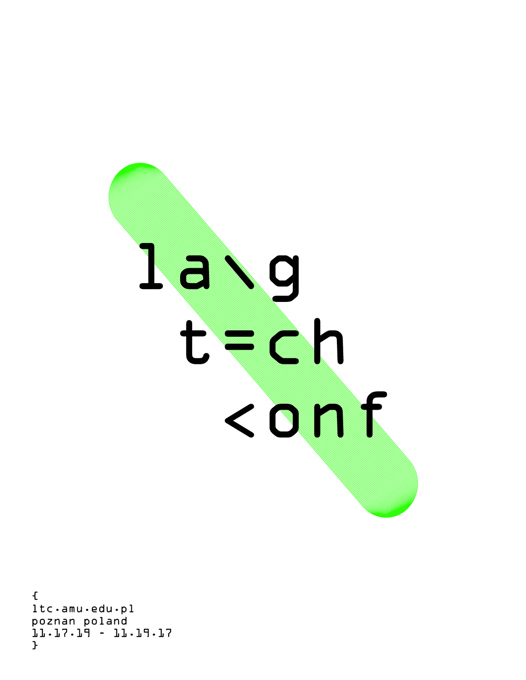 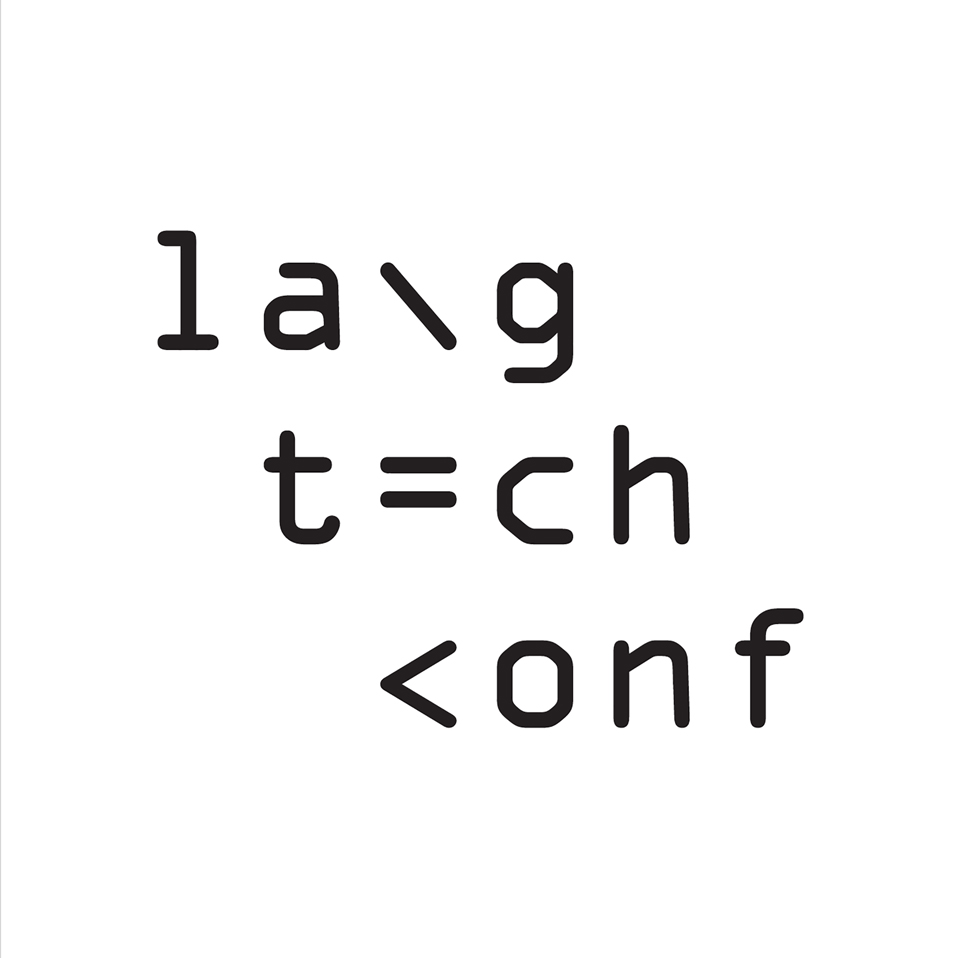 Rebrand done for the Language and Technology Conference in Poland

I wanted to create a visual identity that addressed both the language and technology aspects of the conference. I did this by integrating coding glyphs into the words of the logotype. The glyphs have been used as graphic elements across the identity.

The indentations are a nod to how code is structured. The indents additionally allow for the glyphs to appear in a line. OCR-A is used as the primary typeface in the logo as well as across the identity in the posters and collateral.

I used this typeface because it is a font that arose in the early days of computer optical character recognition when there was a need for a font that could be recognized not only by the computers of that day, but also by humans. The color used is a direct reference to technology and coding.