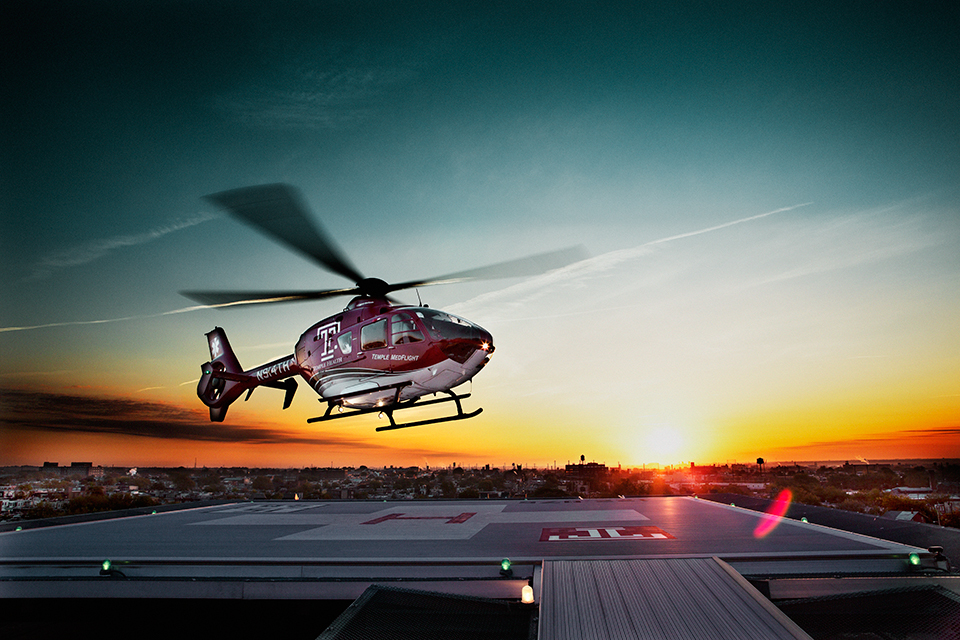 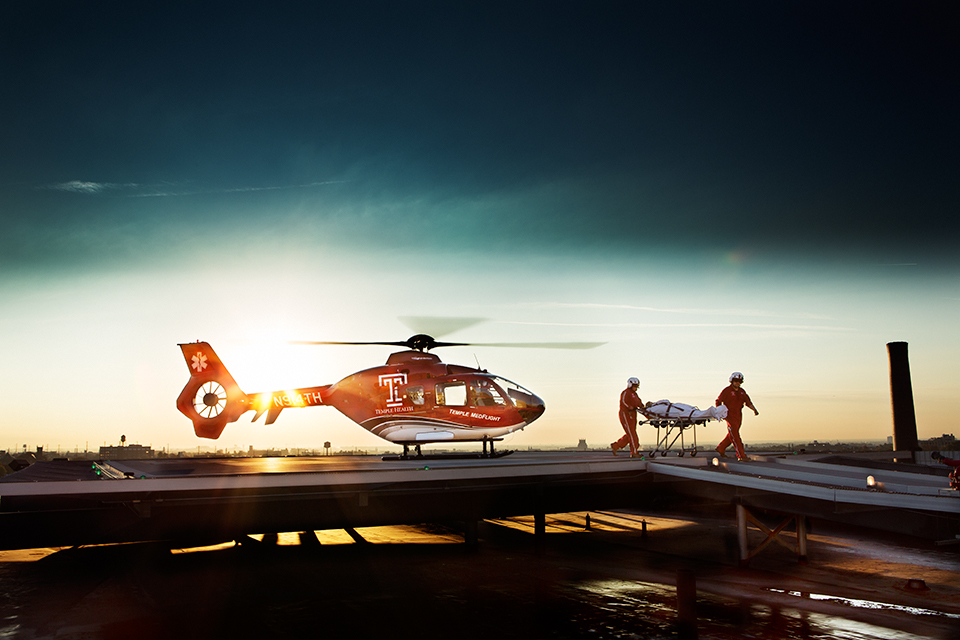 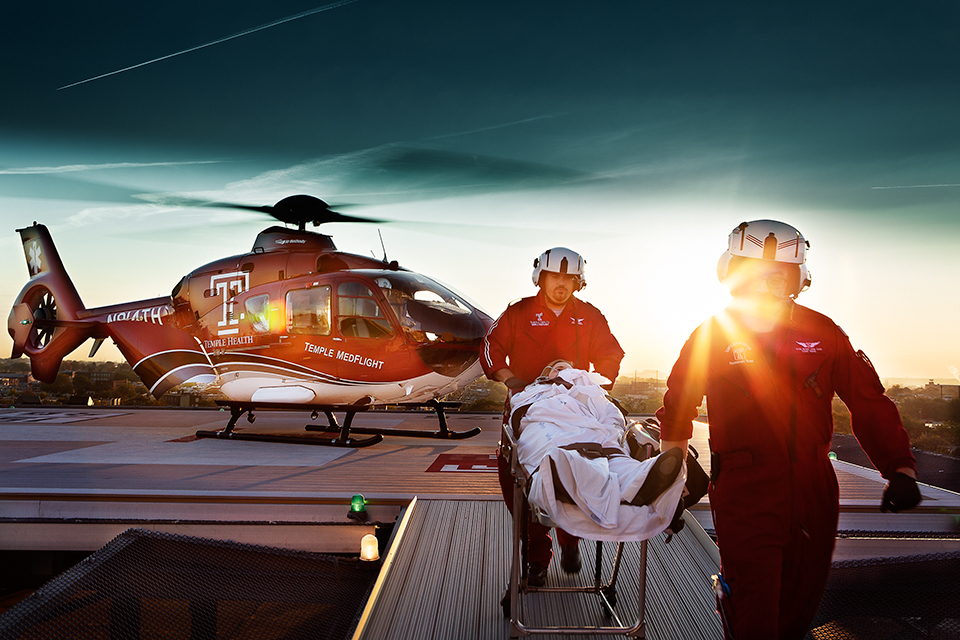 The Ad agency called Monday morning and said that we owned the Temple Health Med-Vac for one hour at sunrise on Wednesday. They wanted me to shoot as many different scenes as possible: Some wides, mediums, and tight shots of the landing and the stretcher being wheeled away. They said they may use a few shots in a promotional brochure; however, the main focus was one large format (8x12 foot) shot for the Temple Health Photo Wall in the Main entrance of the Hospital.

My thoughts were to have the helicopter do 4 separate take off/landings that had a similar action. Take off and fly over to that point in the city, turn around and come back to the heli-pad, unload stretcher, and roll down the ramp to a designated point. When they got to the set point, I had them turn the stretcher around, go back up the ramp, and reload patient into helicopter. At the end of each take, we talked about changes for the next take, the elements that worked and the ones that did not. I shot throughout this entire process. After two takes, I saw some good angles and focused more attention on those positions for the final two takes. The sun was just rising for the first take. For second take, the sun was slightly above the horizon. As the sun moved a little higher on takes three and four, the images become even more dramatic and contrasty. I reminded myself that, for each take, I needed to shoot at varied shutter speeds: e.g., shoot slow to capture the blades; shoot fast to freeze the action. To keep it even more challenging, I wanted to shoot both sun flare and non-sun flare when for close and wide shots of the rolling stretcher in action.

Temple Health is elated. They have dozens of hero selections from which to choose. The Large format image on the Photo wall looks superb. They have used several in promotional brochures and are currently discussing billboard usage.