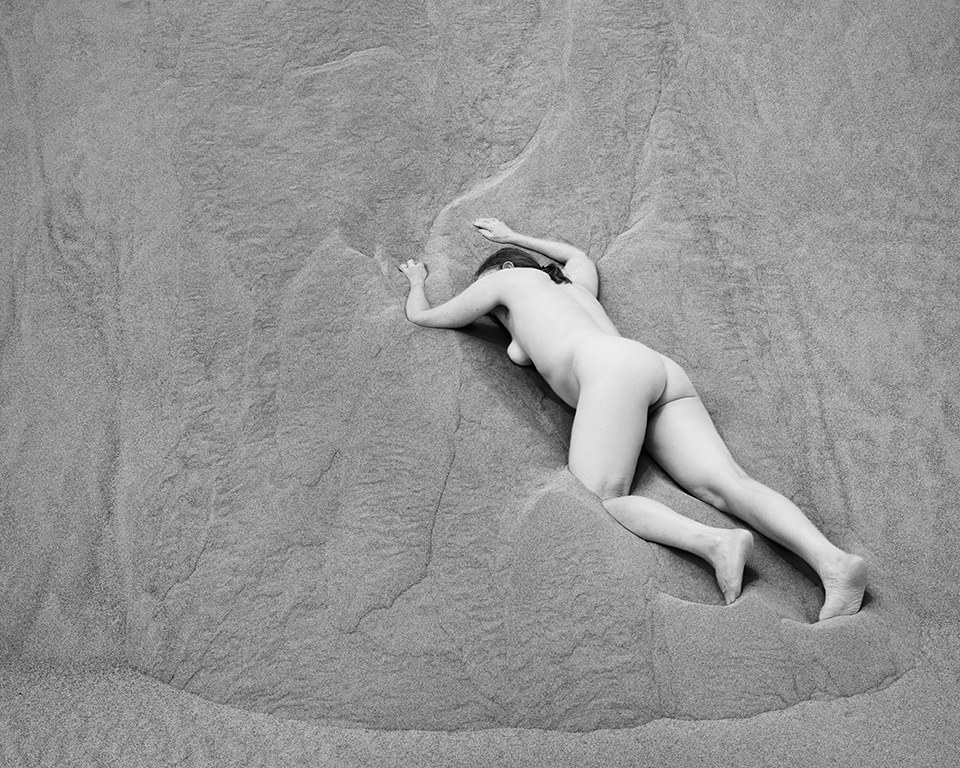 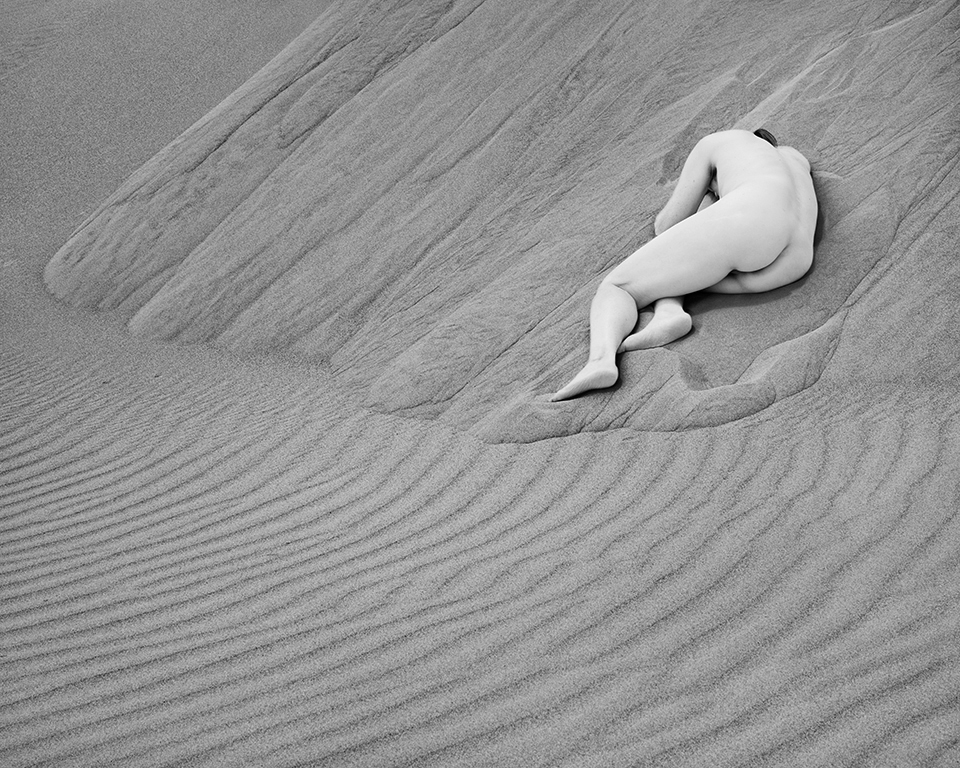 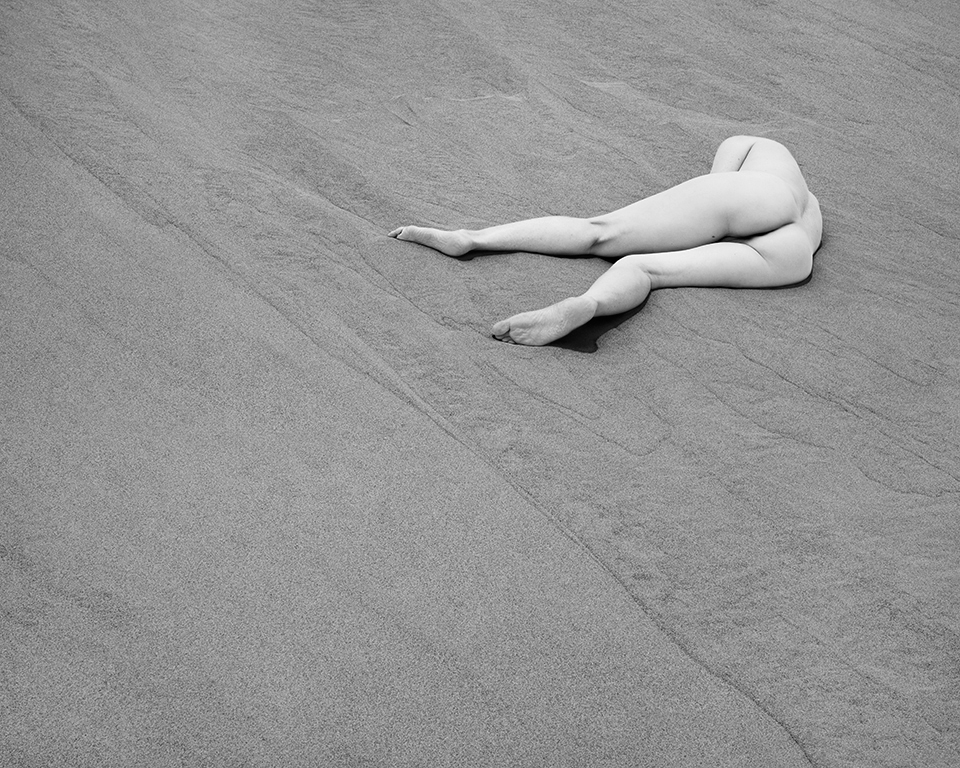 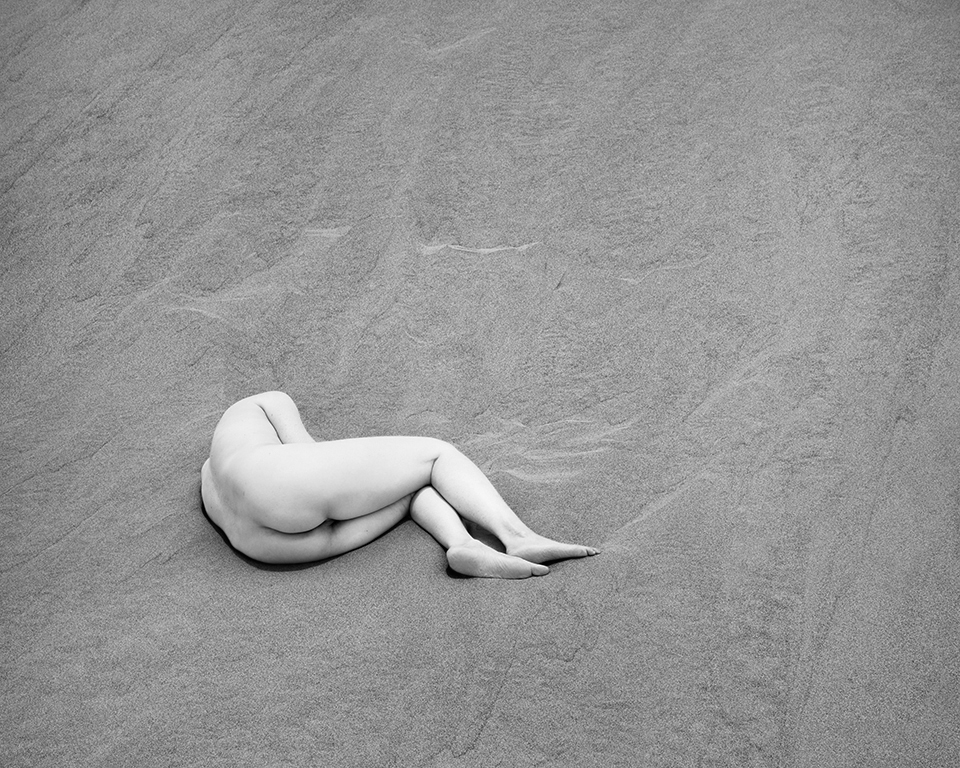 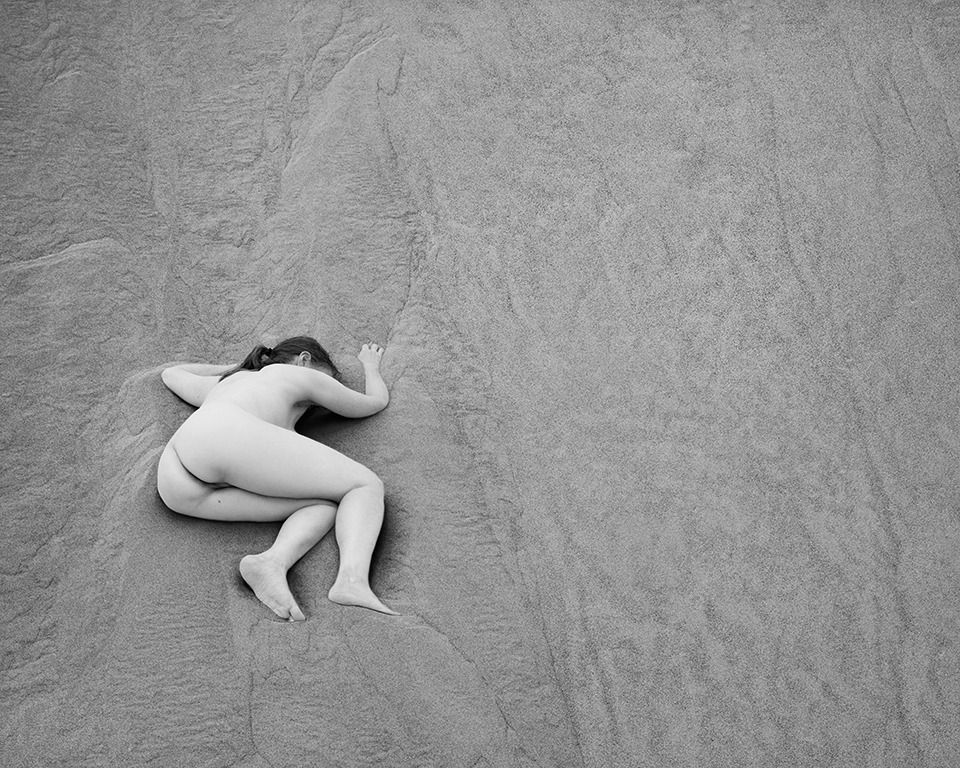 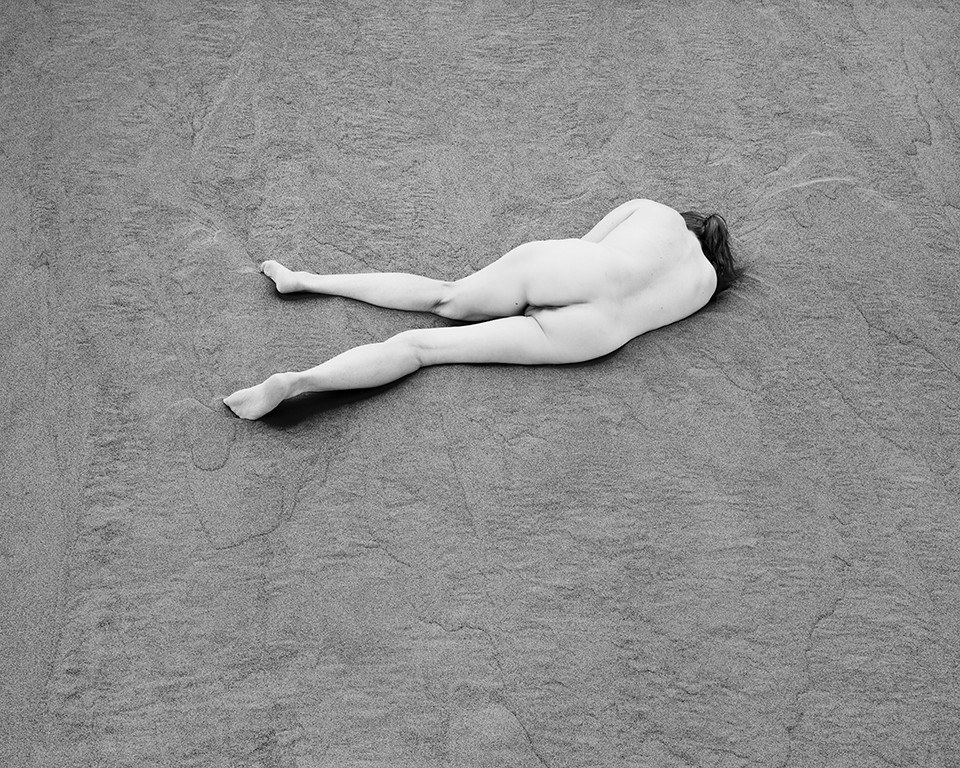 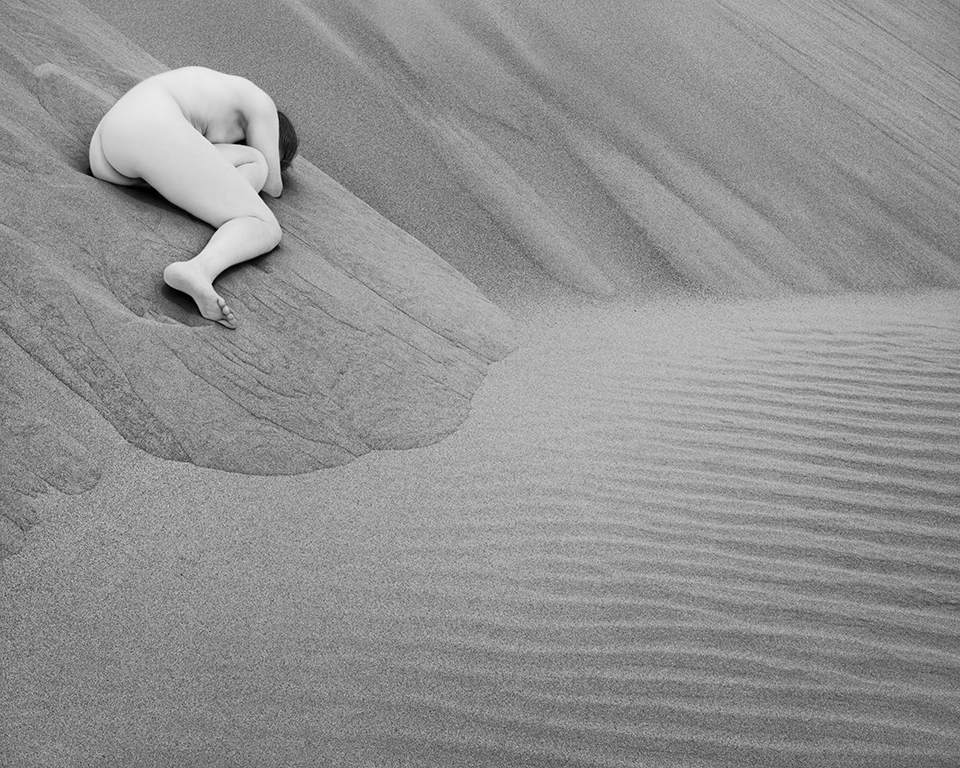 Eighty years ago, Edward Weston produced his landmark series of nudes on the spectacular, ocean-side sand dunes of Oceano, California.

Today the state of California operates those dunes as a state park. But it’s an unusual state park; off-road vehicle access is allowed and encouraged. Every day, the beach and dunes are covered with vehicles driving in every direction—noisy, smelly, and often piloted by inebriated humans. Accidents and mayhem abound.

But there is one small corner of the park in which vehicles are banned. If you wander into this area, between the towering dunes, you might not see or hear another human for hours.

These images were made in that small peaceful area, where the majestic, ever shifting dunes still appear as they did many years ago.

The model and I made several trips to the dunes to shoot these images. It is a fairly difficult environment to shoot nudes since extremely high contrast is required to showcase the texture of the dunes, but the same is not desirable for the model. We shot in the early morning light with the sun low on the horizon behind the photographer providing raking light across the sand and even illumination of the model. This necessitated a pre-dawn trek of a couple of miles, since there is no legal parking near the dunes. Only after dawn, did we discover if it was going to be a good day or if there would be heavy morning fog. I hope the results are worth the effort.