Be The Distant Thunder 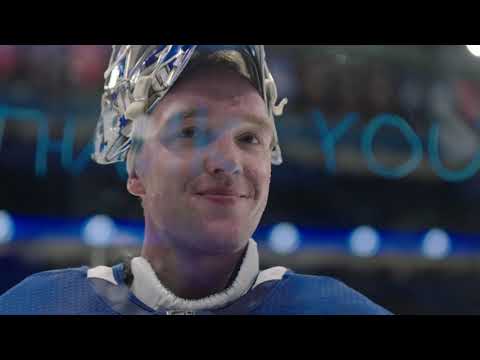 Title
Be The Distant Thunder

The pandemic created a unique scenario for the Lightning, they’d be playing for the championship without fans, in a “bubble” in another country, thousands of miles away.

Our existing “Distant Thunder” campaign tells stories of how fans, living thousands of miles from Tampa Bay, still find ways to Be The Thunder. Now, with the new playoff format, we were about to discover what the “Distant Thunder” has known all along. No matter the distance, nothing can separate Lightning and Thunder. We needed all Lightning fans, even those in right here in Tampa Bay, to… Be The Distant Thunder.

Every sports team was facing the same problem – how do you make fans part of the game, when they couldn’t be part of the game? But hockey had something no other sport had. And that thing was having quite a moment in 2020. Hockey had plexiglass.

Hockey fans and players have always been separated by plexiglass, and they know more than anyone that these barriers are simply physical. That plexiglass stands no chance against passion and dedication. The idea of using plexiglass, beyond just a barrier, but also as a bridge was perfect for the times.

We had fans sign a piece of plexiglass with messages of support which was installed on the ice rink in Toronto for playoff games. And players signed another piece of glass with messages of thanks and encouragement that was placed in a local hospital’s ER as a protective barrier for the healthcare workers. Two pieces of glass. Each with their own powerful message.

We took the very thing that separated us and used it to bring us closer together. It was a physical reminder for both fans and frontline workers that “we don’t have to be with you, to be with you.”