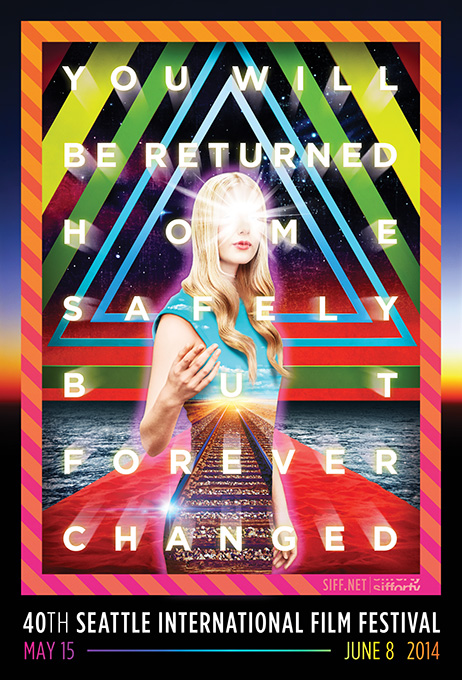 Annually since 1975, in mid-May the Seattle International Film Festival has taken over Seattle theaters for three entire weeks showing over 400 films. But to attract the non-festival-goer, it has to overcome the notion that film festivals are an intimidating affair, meant only for the hoity-toity film crowd. SIFF’s breadth of offering can also be daunting, so we seek draw people in, encouraging them to take a peek and dive deeper.

SIFF films are an escape from reality, from our daily lives. They whisk us to faraway lands and introduce us to far-out ideas that we could never dream of. We can forget about our troubles, expand our minds and transport ourselves into another world, becoming another person. IT’S LIKE TAKING A VACATION FROM YOURSELF. So let’s push that thought. Imagine that SIFF is a service that literally transports you to another world. It offers what we’re calling a “Cinescape.” Plucking you from your life and allowing you to become another person or live in another dimension — but only for a few hours. Then you’re returned to your life the same... but different.