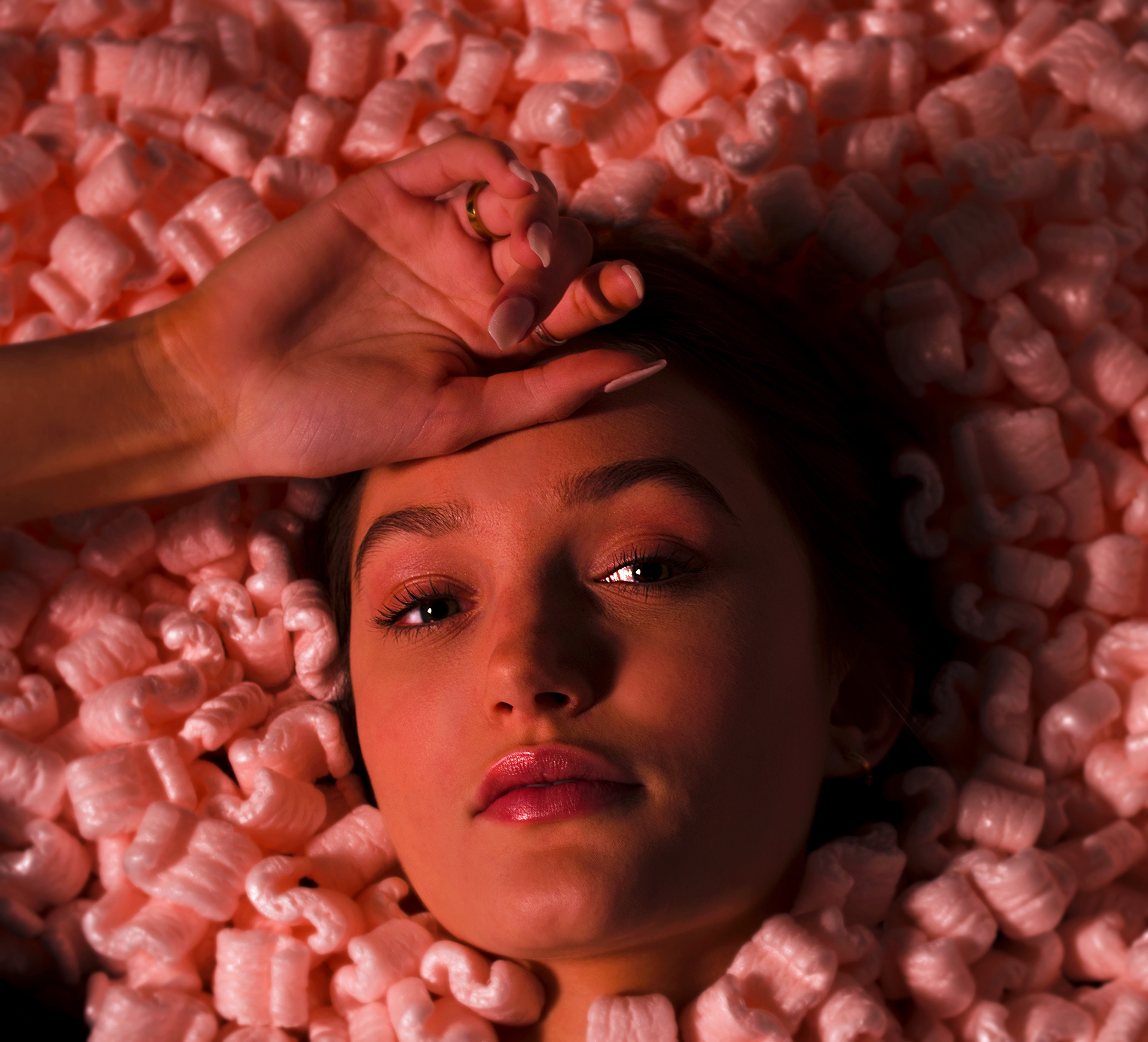 This project did not have a long list of requirements or tight parameters to work under which was nice because it allowed for a lot of creative freedom. The assignment was to create a portrait using studio lighting and any other props or equipment could be used to assist.

My approach to this project was to make the model appear as though she was almost wax-like and use packing peanuts as a means to convey the theme of human fragility. The packing peanuts have a connotation that whatever they are around requires extra care. I saw this as an opportunity to not only use them as a colorful prop but a symbol that could be read by the viewer. I wanted to represent this theme in a way that was non-conventional but straight to the point and also allow for the viewer to use their imagination and create a story beyond what is being told immediately through the image. The pose invokes the feeling that the model is perhaps bearing some resemblance to a mannequin because of its slight overly dramatic and unnatural feel. The packing peanuts have a bright pink and warm color to them, so I wanted the lips, cheeks, and skin to maintain the warmth of the background.

I was able to convey the message that I had attempted in a way that was understandable and required minimal explanation to the class and professor beyond the technical details of the piece. It also received positive responses for its ability to captivate the viewer and make them want to examine further the details of the image and formulate a story beyond the immediate display of visual information.