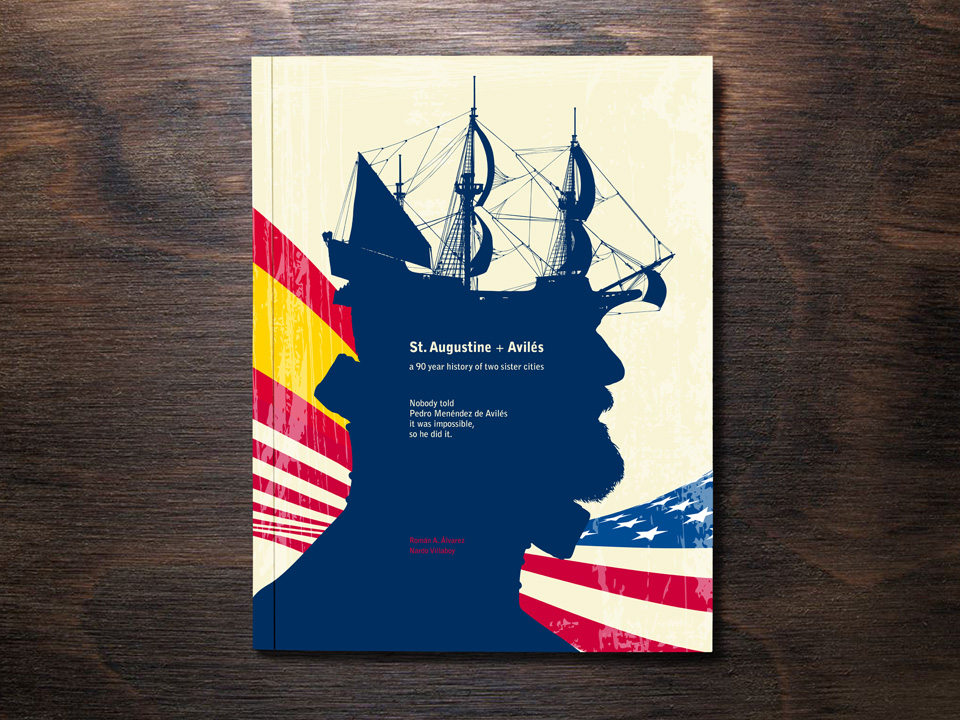 Pedro Menéndez was born in Avilés, Asturias, on February 15, 1519. Over time, he become one of the greatest spanish sailors and marine, Adelantado de La Florida and Governor of Cuba.

But in addition to a great sailor Pedro Menéndez de Avilés was a precursor and a great strategist. He managed the first plans for the orderly and exact navigation of the Indian fleet, designed boats, was a cartographer, private adviser to Philip II, adviser in everything that had to do with the Indies and a genius of the intendancy.

On September 20, 1565, the day of St. Augustine, he arrived at Fort Caroline and established his camp, the current city of San Agustín.

ONTIER pays homage to the figure of Pedro Menéndez and the twinning of Avilés and San Agustín with this book.