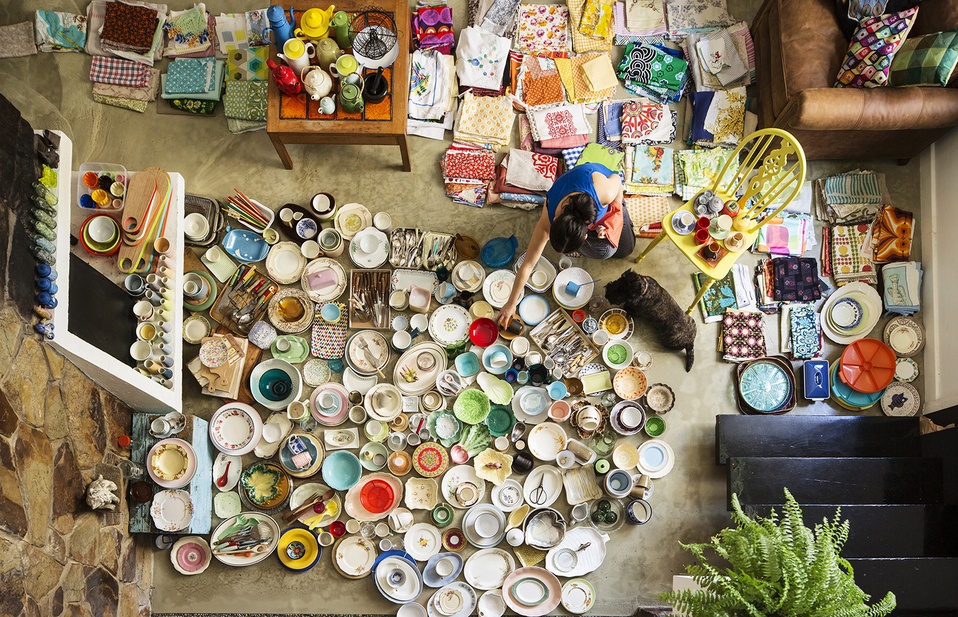 Poh Ling Yeow is an Australian artist and cook who became well known from the first season of TV show Masterchef after which she secured her own ABC TV show, “Poh’s Kitchen”. We had a fairly open brief when shooting all the non recipe pages needed for Poh Ling Yeow's 2nd cookbook "Same Same but Different." The images for the book needed to capture Poh’s creative side as well as her food.

Knowing that there was opportunity to create an eye catching image for the book’s opening double page spread, I knew that the mezzanine in Poh's home would be a fantastic place to shoot down into the main living space. We had photographed all the recipes in this room and it had great light all day. The stylist moved and arranged all the props into this downstairs area and we worked together planning the image for the layout of the DPS.

Poh and Harper Collins Publishers loved the image and use it as the opening DPS spread, as we had hoped, and also used another variation of the image for the end DPS of the book.