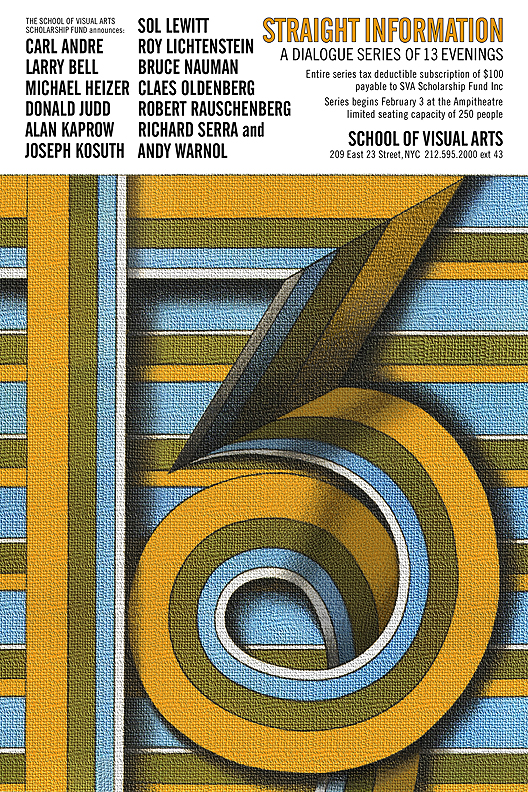 This poster announced an exhibit from the archives of events at the School of Visual Arts (from the early years of its emergence in the New York art world). The design was originally commissioned by Silas Rhodes, the founder of SVA, and then chosen again to announce the retrospective exhibit in 2013. Rendering the numbers in pencil on canvas texture suggests traditional art media.