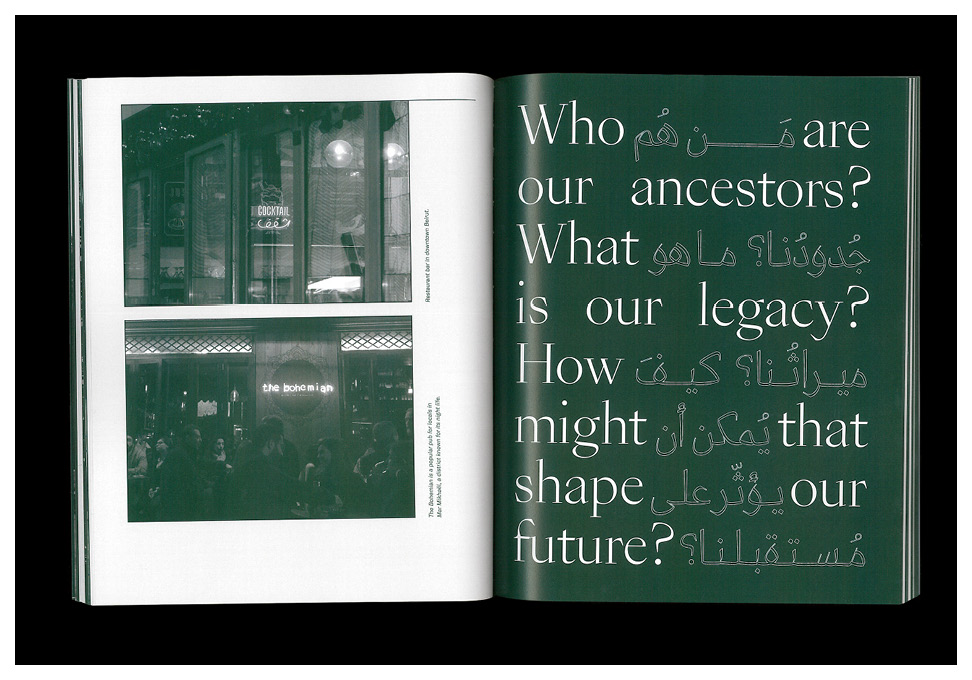 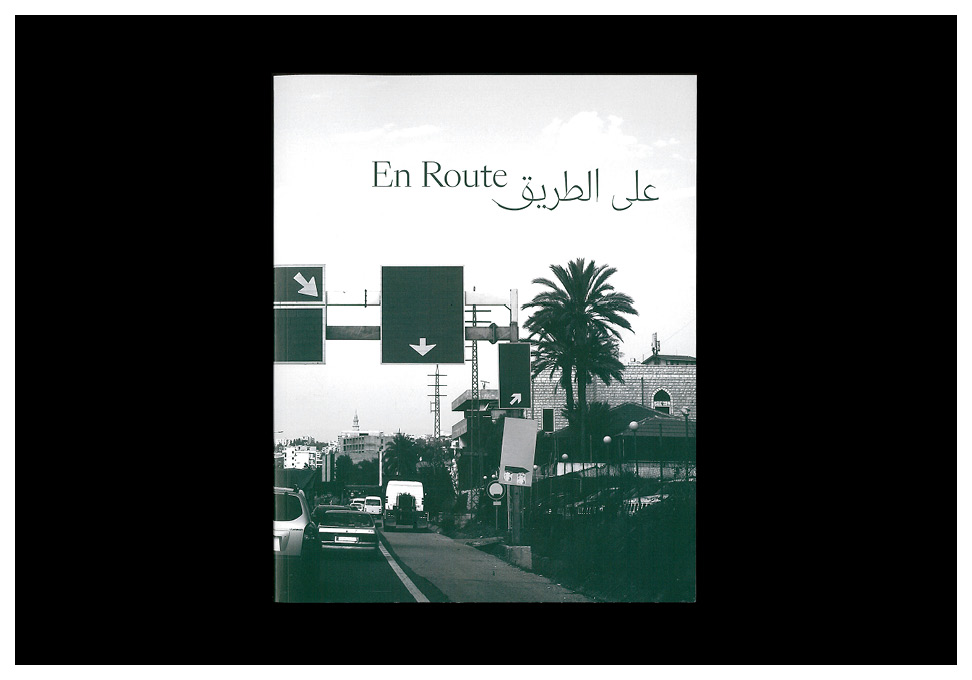 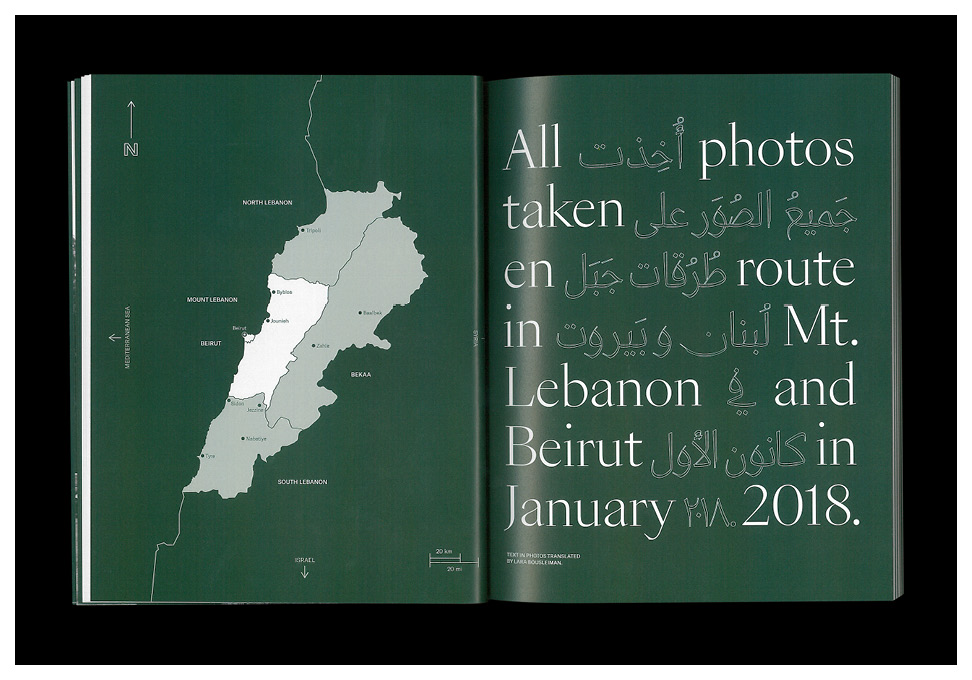 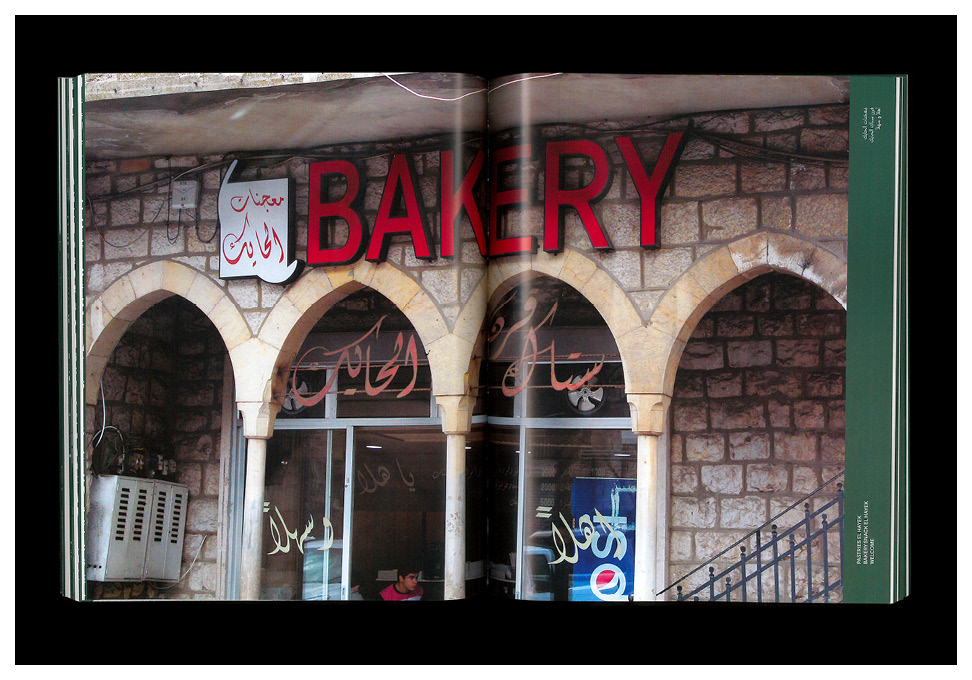 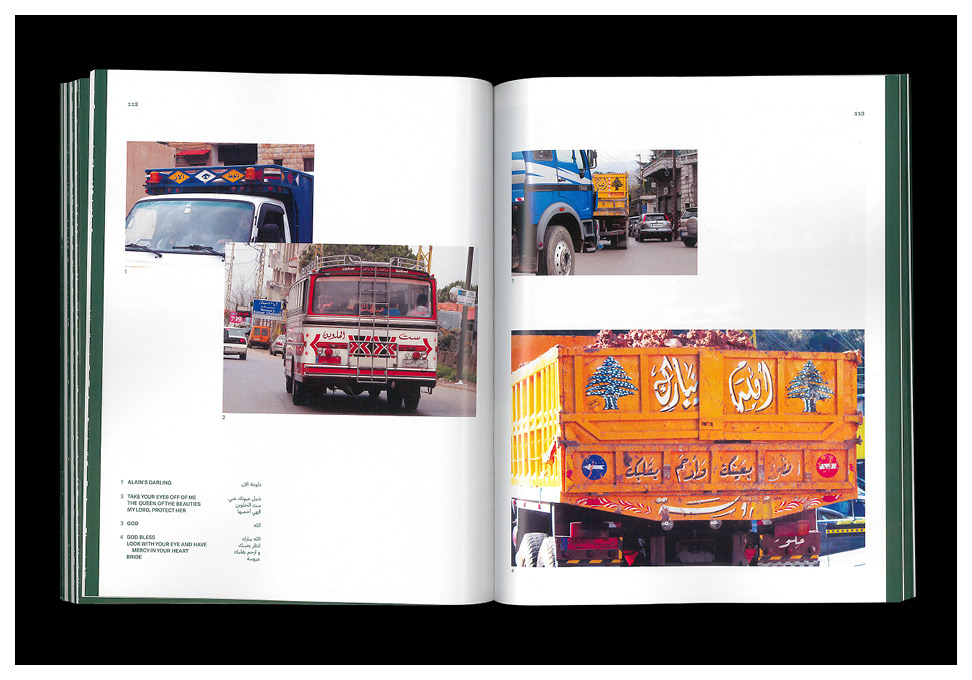 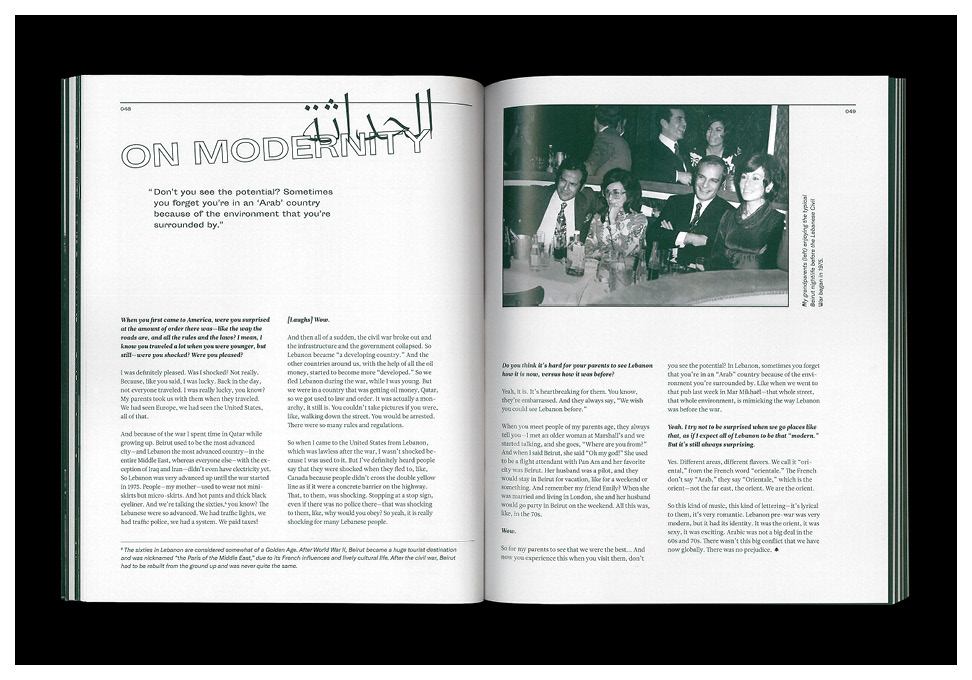 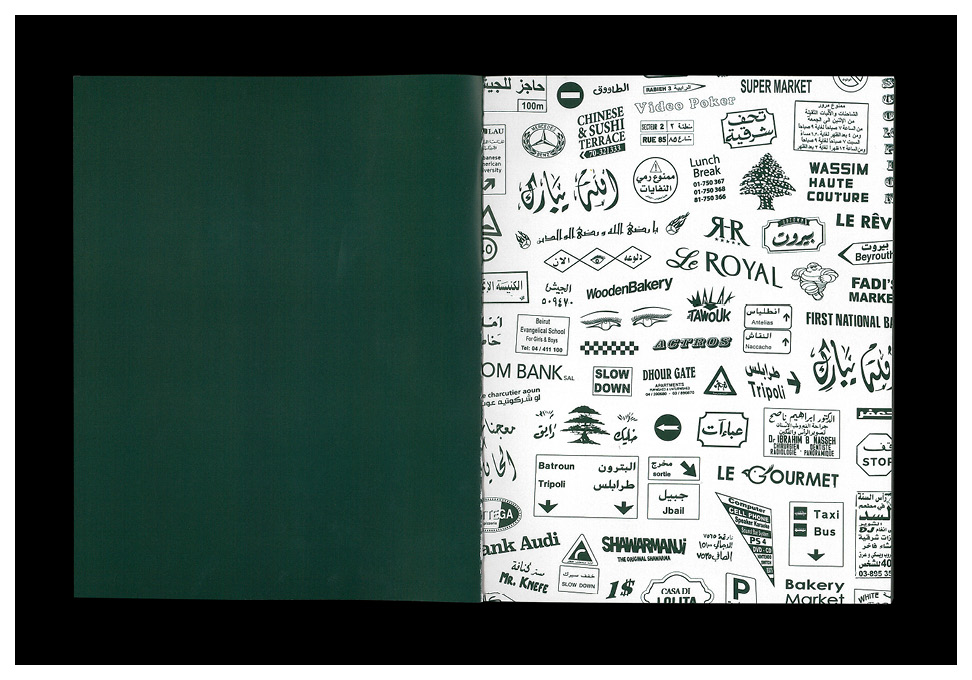 For my BFA thesis project, I chose to explore what ‘modernity’ might mean for Lebanon, specifically through a typographic and linguistic lens.

By presenting photos of vernacular typography and interviews with various Lebanese professionals, this book challenges readers—Middle Eastern and Western alike—to reconsider their notions of visual modernity.

Picture Bierut, Lebanon. What do you see?

I was born in Lebanon and moved to the US when I was 5 years old. On a recent trip to visit my grandparents in Lebanon, I was really mesmerized by the roadside signage and storefronts, lit up with words in English, French, and Arabic. This was probably because of my American design education, which trained me to appreciate grids, cleanliness, objectivity, and typographic ubiquity. But I found beauty and paradoxical order in the rejection of this Western style in Lebanon, so I started taking pictures.

At first, my goal was to take photos that would challenge a Western audience to reconsider their notions of what is “aesthetically pleasing” or “modern.” This was sparked by a comment my sister made when she saw me taking photos, which was, “Are you going to make Lebanon look bad?”

I returned from my 18-day trip with over a thousand photos, all taken en route from inside my grandfather’s car. The subjects were all typographic, from the calligraphy painted on the backs of cargo trucks to the shiny metallic type in luxury storefronts.

I later reached out to a group of Lebanese professionals who I thought might have valuable insights on the state of “modern” Lebanon, whether through historical, typographic, or photographic perspectives. I spoke to Lara Captan and Wael Morcos, two Arabic type designers with contrasting approaches, about the past, present, and future of the Arabic script. I spoke to my mom, Lara Bousleiman, about growing up in the Lebanese civil war and how the country’s political and linguistic landscape changed during that time. And lastly, I spoke to British-Lebanese photographer Natalie Naccache about using the camera to challenge preconceived notions about the Middle East in modern day society.

After these interviews, the scope of my project shifted. I was no longer interested in challenging the West to see—or to not see—Lebanon in a certain way. I realized that the problem of identity lies within the country itself, within the way that the Lebanese view themselves, especially post-Civil War, and the way that they perceive what “modern” means for their country. Through the conversations I had, this project quickly became less about “how does the West see us?” and more about “how do we see ourselves?”