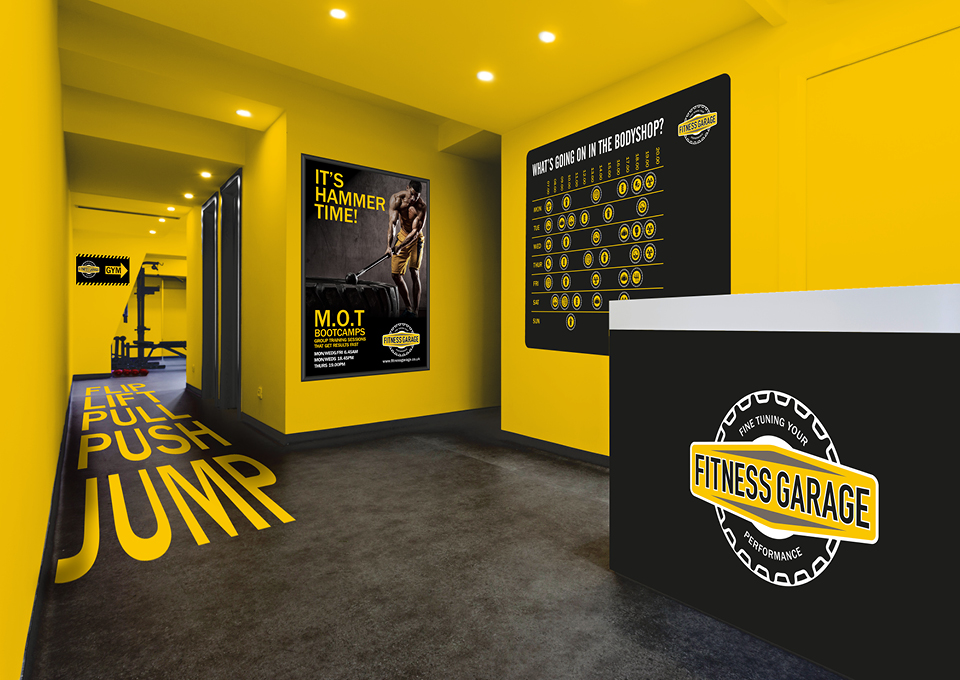 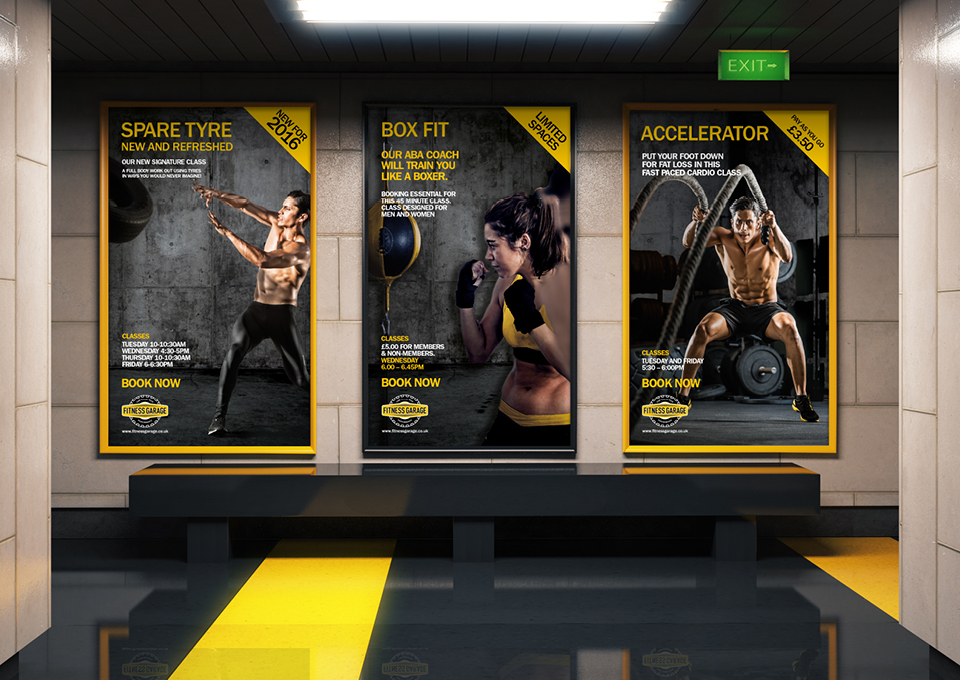 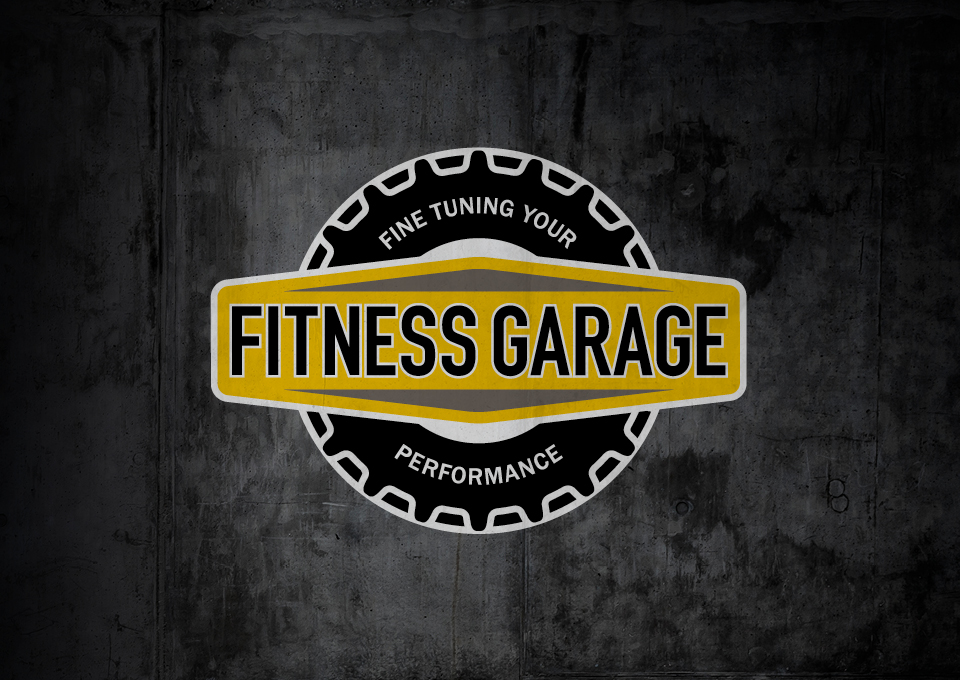 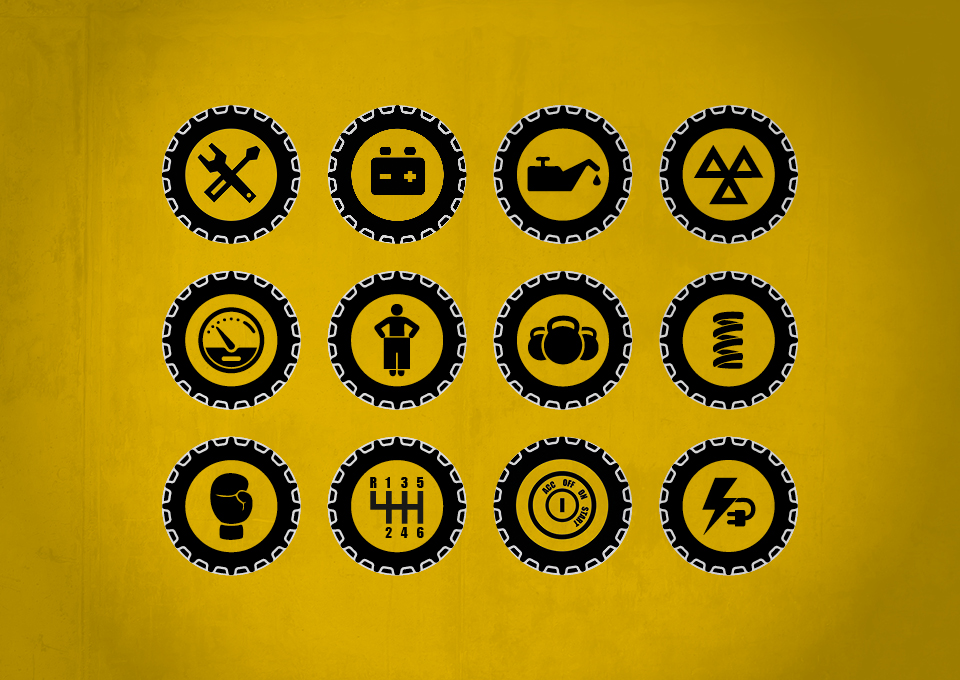 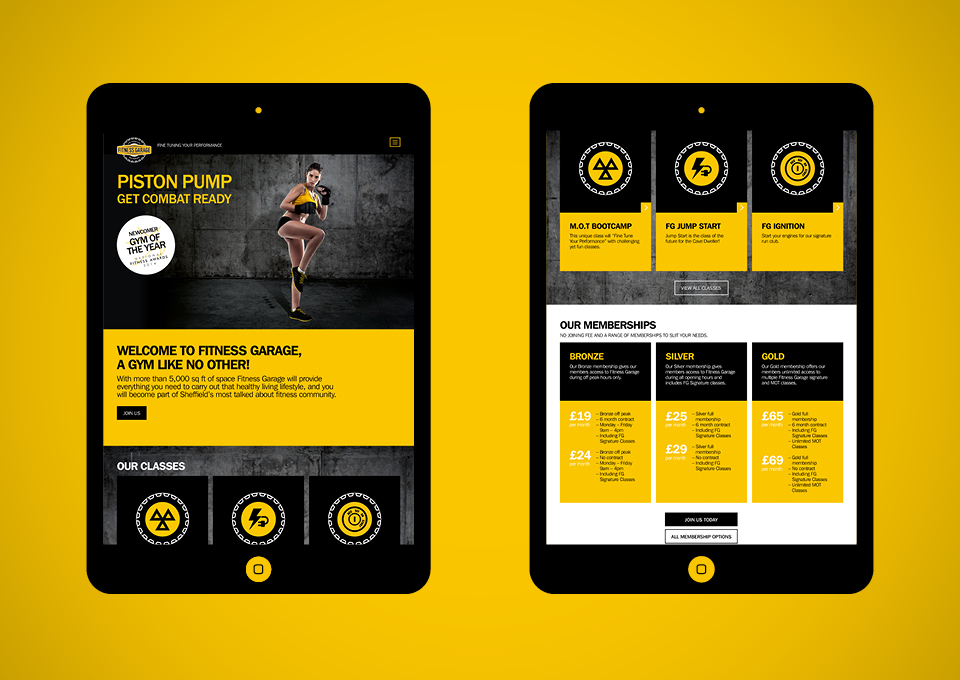 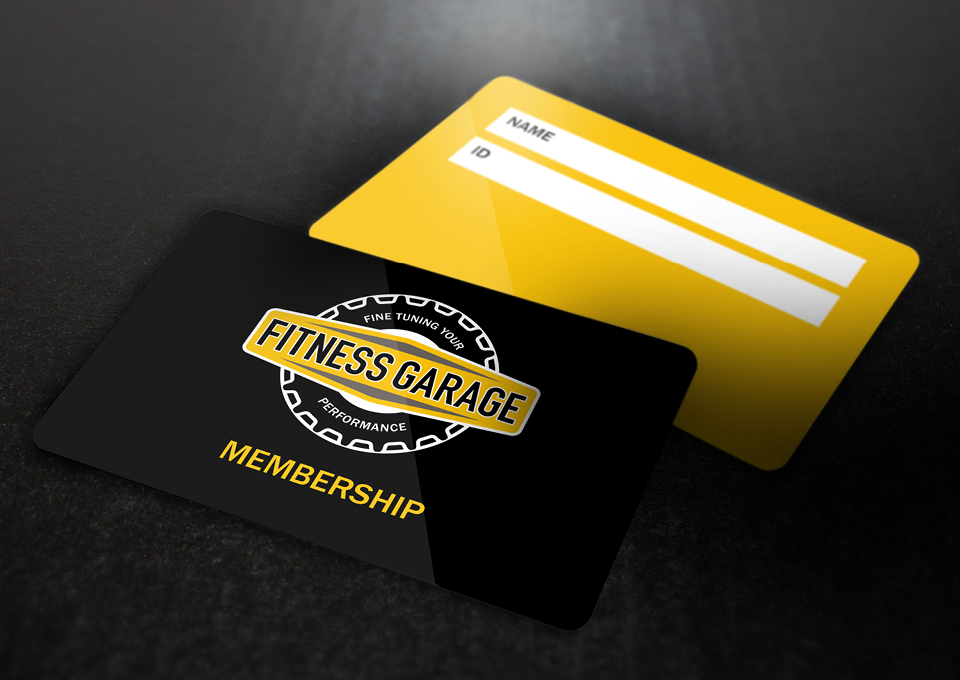 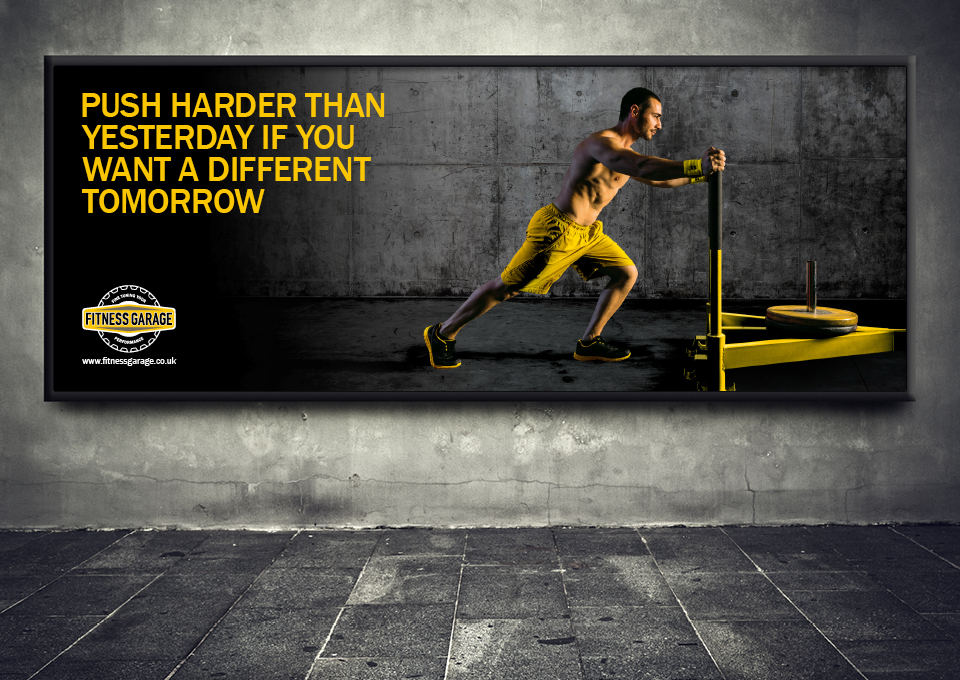 The gym would be a boutique offering based on the new trend of functional fitness with an emphasis on building a fitness community and an ethos that every member mattered.
The location for the gym was challenging as it was based on an industrial estate with no real passing trade and in a catchment area that was already well served by many established gym/health businesses. The gym would start with a base of no members and had to attract membership away from other gyms as well as newcomers to fitness. Functional fitness is a different concept to the big box gyms and the benefits need to be explained
The scope of the project involved: Name generation, new brand concept including identity, strapline, product branding, signage, environment branding, promotional material, responsive website and merchandise.
Strategic thinking was essential, with such a competitive market, limited resources, challenging location and the new way of thinking that is functional fitness, the new brand needed to tell a compelling story.

The combination of the challenges of an industrial setting and a functional fitness approach helped guide our thinking. In a place where you don’t train on machines but become a machine, the idea of Fitness Garage was born. Your body is a complex piece of machinery and needs to be maintained and operated correctly. The name Fitness Garage described the place where you can bring your body for its conditioning and where you can ‘Fine tune your performance’.
The identity itself takes inspiration from the retro garage signs of 50s but with a modern use of industrial colours of yellow and black, along with a signature motif of a tyre that also represents the functional fitness ethos of the gym. The branding and colour ways give strong visibility and the concept really stood out in a market place of little innovation from a branding perspective.
We wanted the uniqueness of the offer to really live through the branding so the brand concept plays an important role throughout the business. The gym is called ‘the bodyshop’, all the equipment has been colour coordinated to the yellow and black industrial look, steel girders are painted yellow, the gym is zoned and branded towards the different classes and functionality and a central black Astroturf runs down the centre featuring prominent branding (a first for the manufacturer of the turf).
The personal trainers are branded ‘body mechanics’ and the classes they deliver are all branded to follow the automotive theme: Accelerator (cardio), M.O.T (bootcamp), Ignition (run club), Spare Tyre (ab workout), Turbo-charge (kettle bells), Pitstop (pilates), Suspension (TRX suspension), Jumpstart (plyometrics) etc.
The treatment rooms for massage and beauty are known as ‘service bays’ and the refreshment bar serving nutrition, supplements and coffee is the ‘refuel bar’. The identity and brand concept instantly created a talking point, told a compelling story, identified a real differentiation and created press and industry interest in the concept. Many visitors thought that Fitness Garage was part of an established multi-site company that had brought its concept to Sheffield, due to the quality of the branding and the concept.
A strong tone of voice and attitude was used throughout to support the concept. With a small promotional budget, it was critical that the branding was very recognisable and could create a strong visual presence on social media. We created a look and feel for supporting graphics, a suite of assets that could be used on-line and could be created in house for promotional posters.

Fitness Garage has an industry beating retention percentage at 69% after 18 months, that is more than double the UK average.

Industry recognition
After only six months of operation Fitness Garage entered the National Fitness awards for Newcomer Gym of the Year, a category open to any gym/fitness facility that had been open less then two years at the application date. Fitness Garage was shortlisted along with eight other gyms from around the UK.

In December 2014 at the award ceremony Fitness Garage, despite being the most junior entrant by a long way became Newcomer Gym of the Year. In particular, the judges mentioned the brand identity and brand concept as a key factor in the judge’s decision.

The branding work has also been awarded a Design Effectiveness bronze award for the Design Business Association.

“For a small new business the branding budget was a large percentage of our start up costs, so we knew we had to get it right. The end results has played a significant part on our early success and an investment that will continue to keep paying dividends for years to come. So many people have commented that they though we were part of a national franchise and attributed the brand concept as part of the reason for joining Fitness Garage”. Gemma Woodhead, Director.

Brand loyalty and advocacy
Fitness Garage members have a strong advocacy rating. The gym is rated five stars for satisfaction and ranked third in South Yorkshire (behind two well established gyms) on the GymBuzz website (a national gym review site). In a recent membership survey 96% of members said they would recommend to a friend or family. Social media is an important medium for connecting with its members and future members with current followers at over the 3k mark.

Professional sports associations
Kell Brook ‘IBF world welterweight champion’ is a regular visitor to the gym along with other professional and Olympian boxers. The facility is popular with rugby players, with both Rotherham Titans RUFC and Sheffield Hallam University RUFC completing pre season training. Local football teams, Triathletes, Paralympic GB cyclists and local cycling clubs also use the gym as a training base.

Increased staffing and training
To service the increased membership, it has been necessary to recruit three new body mechanics and train up four existing staff members to increase their fitness qualifications.