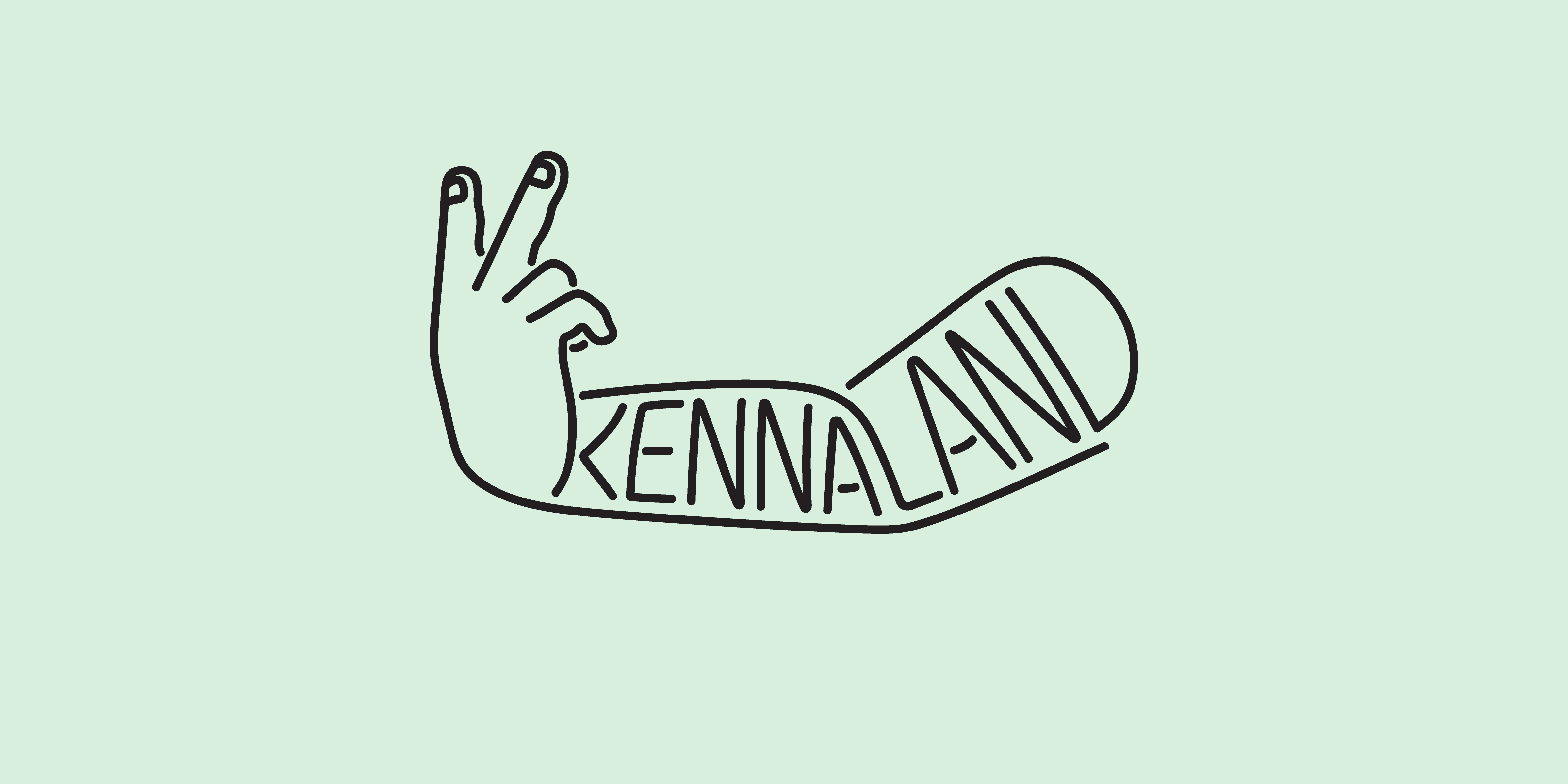 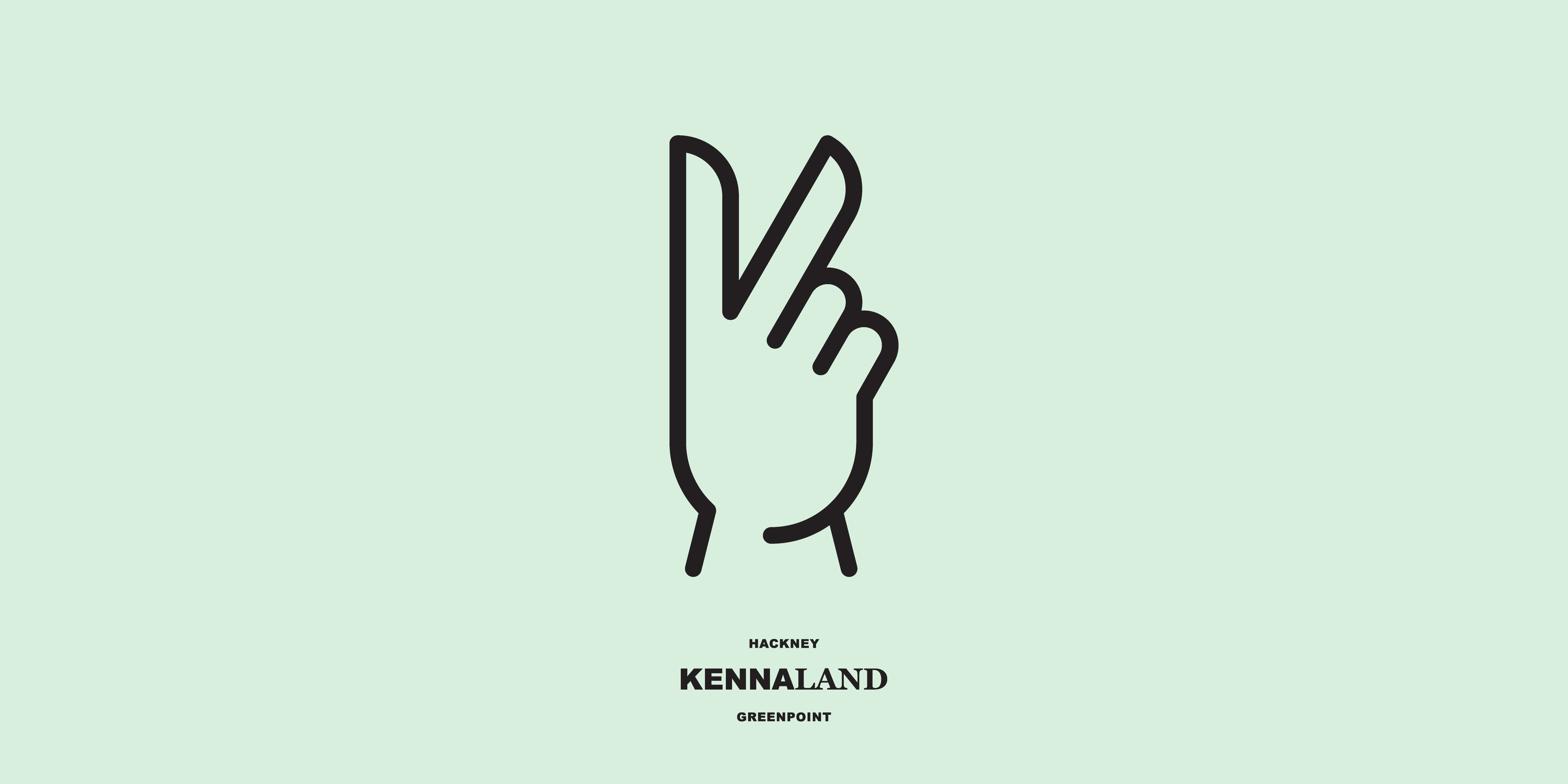 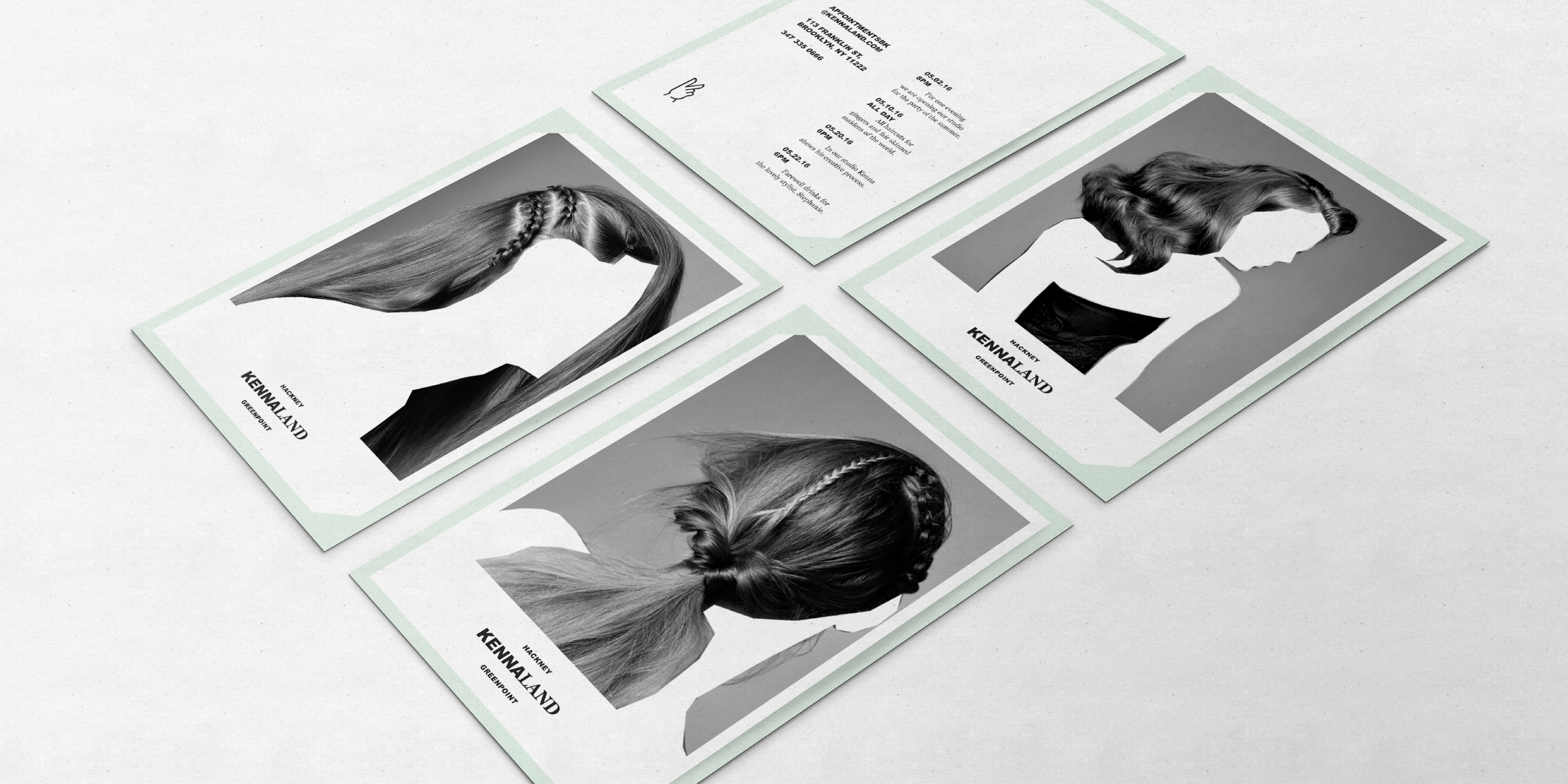 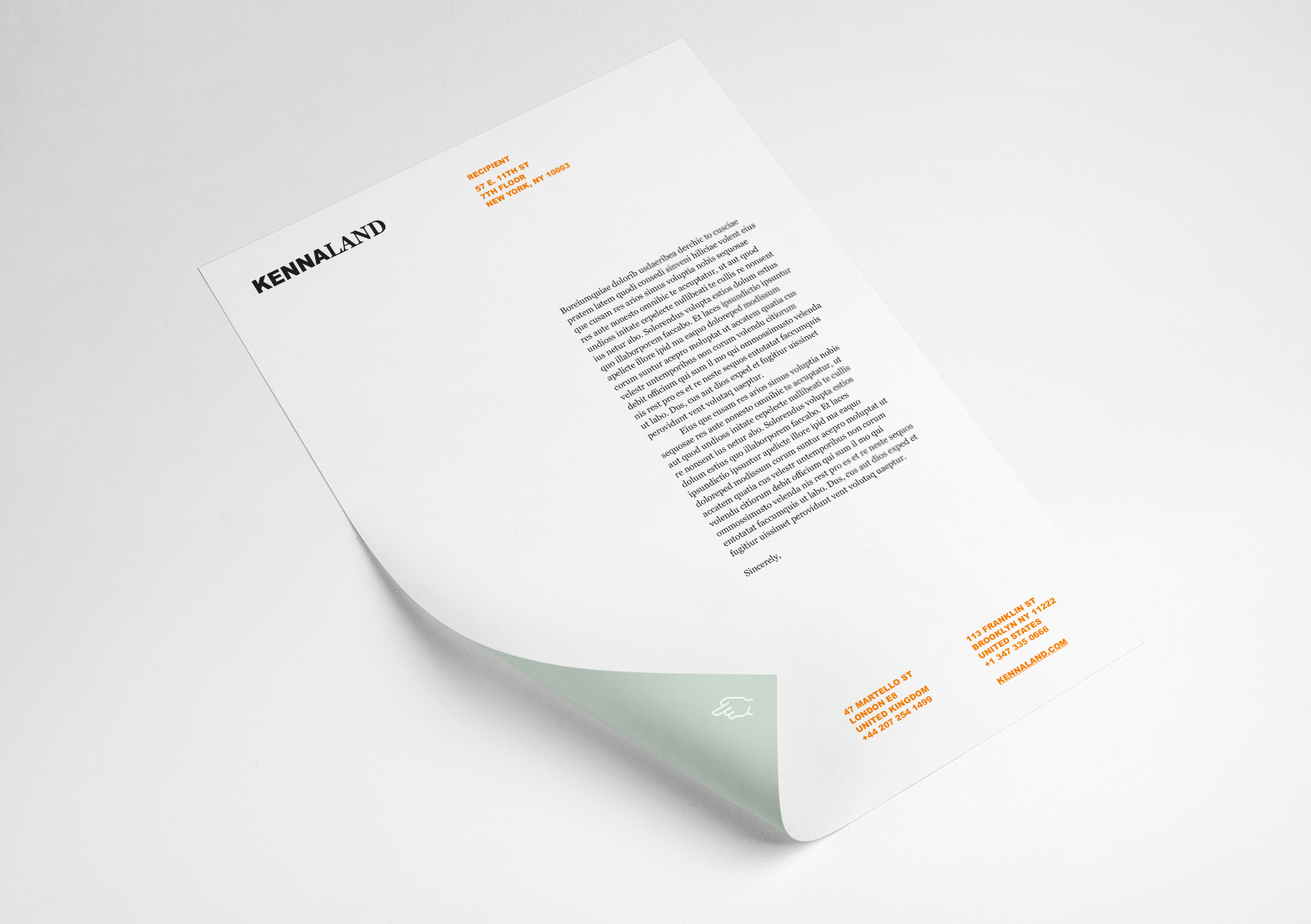 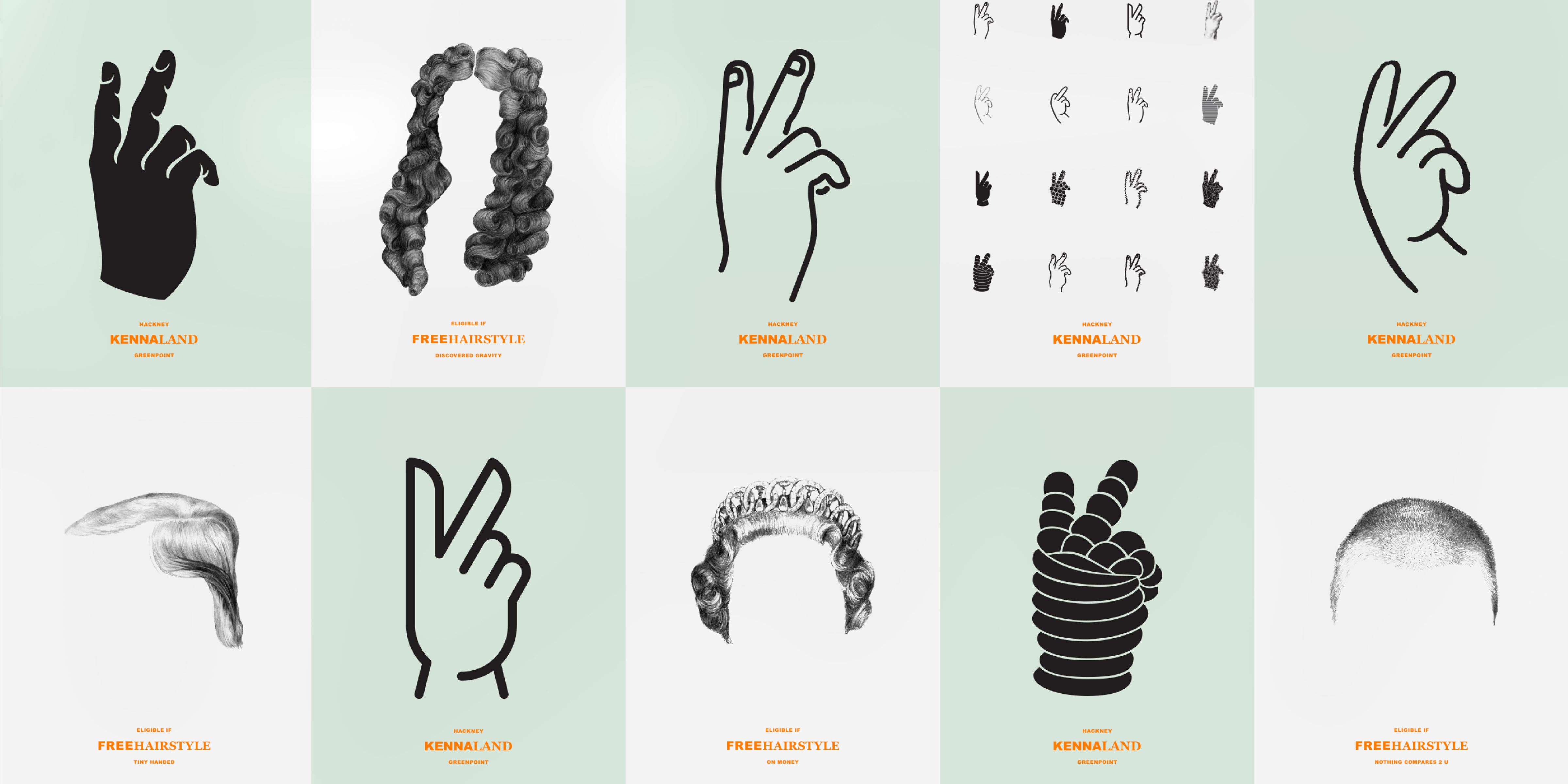 After 14 years of salons, photo shoots, film sets and catwalks all around the world, Kenna Kennor wanted to build something of his own. Something that stood in sharp contrast the traditional salon: its haste, hustle, and continual churn of clients and stylists. The anti-salon. Kennaland first opened in an inconspicuous location Hackney, followed by American sister studio in Greenpoint, Brooklyn. Wildly successful, Kennaland needed an identity that fully captured the duality and contradictions of fashion and comfort, quality and edge, London and New York, and Kenna himself.

The studios derive their name from Kenna’s childhood. A schoolmate “celebrated” Kenna’s ginger hair by filling an old orange shoebox, with a menagerie of orange trinkets and dubbed it Kennaland. From the typography to the imagery, the new identity reflects this magical place of contradiction and duality. Serifs crashing with san serifs. British culture colliding with American. High fashion colliding with a DIY spirit. A multilayered symbol joins the new menagerie of imagery and voice. Our color palette was born ginger too, with orange, copper, and an aged patina blue.

Anyone who craves high quality style and care without the snooty egos and stuffy atmosphere.