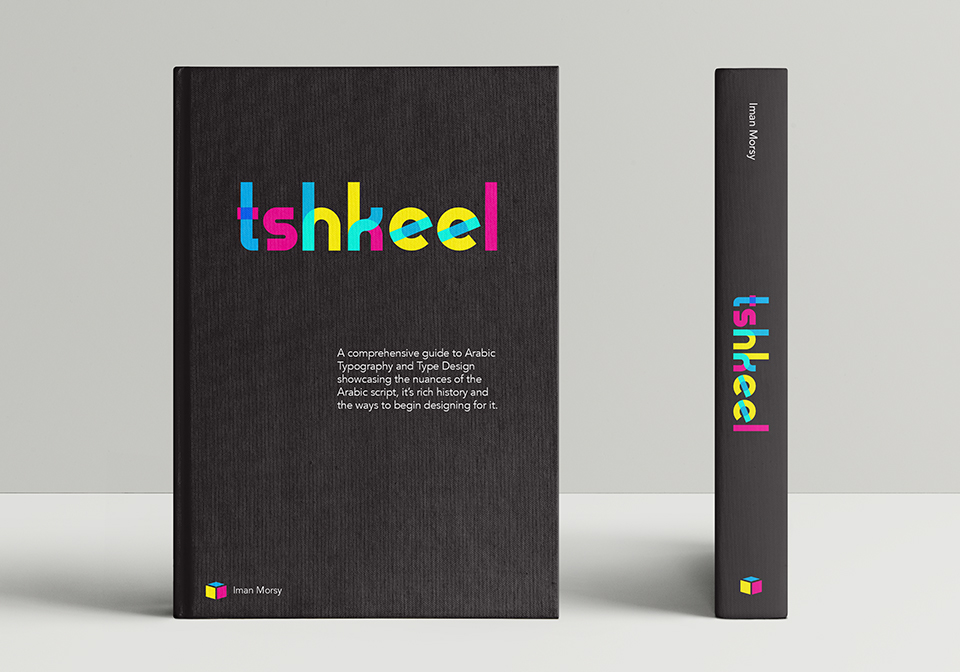 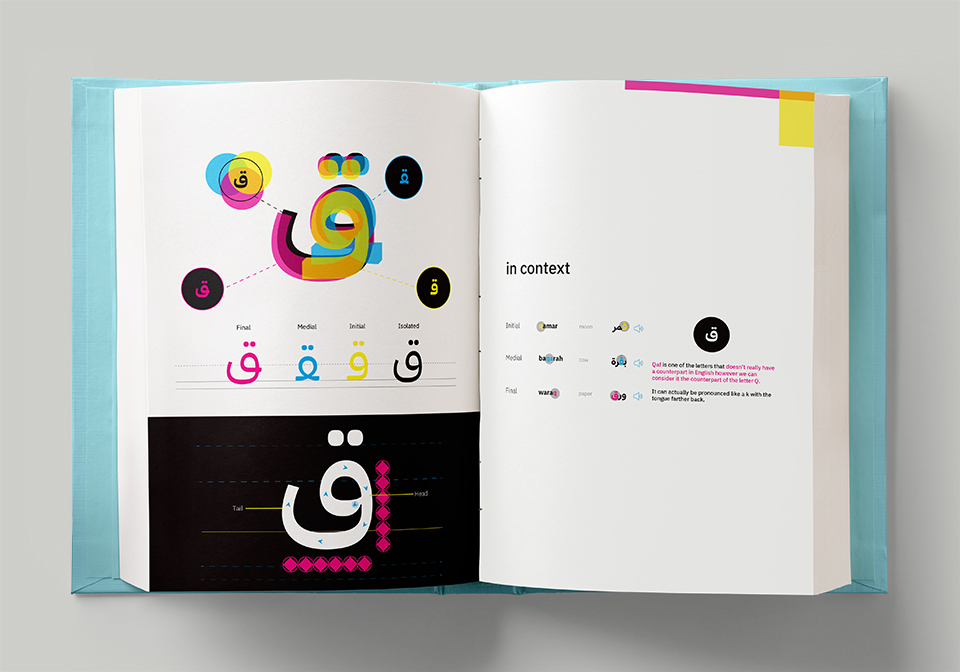 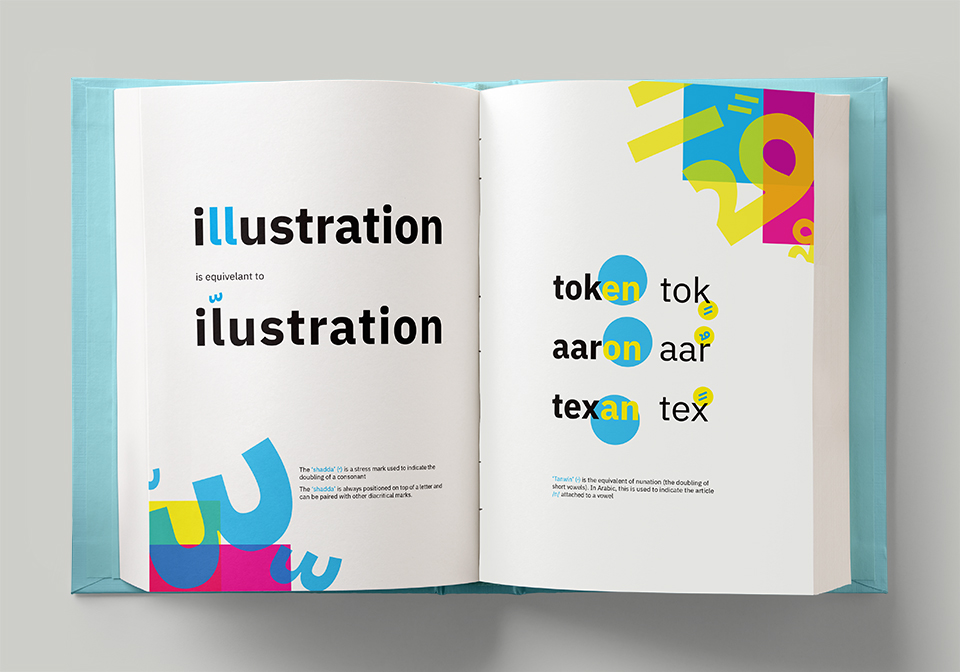 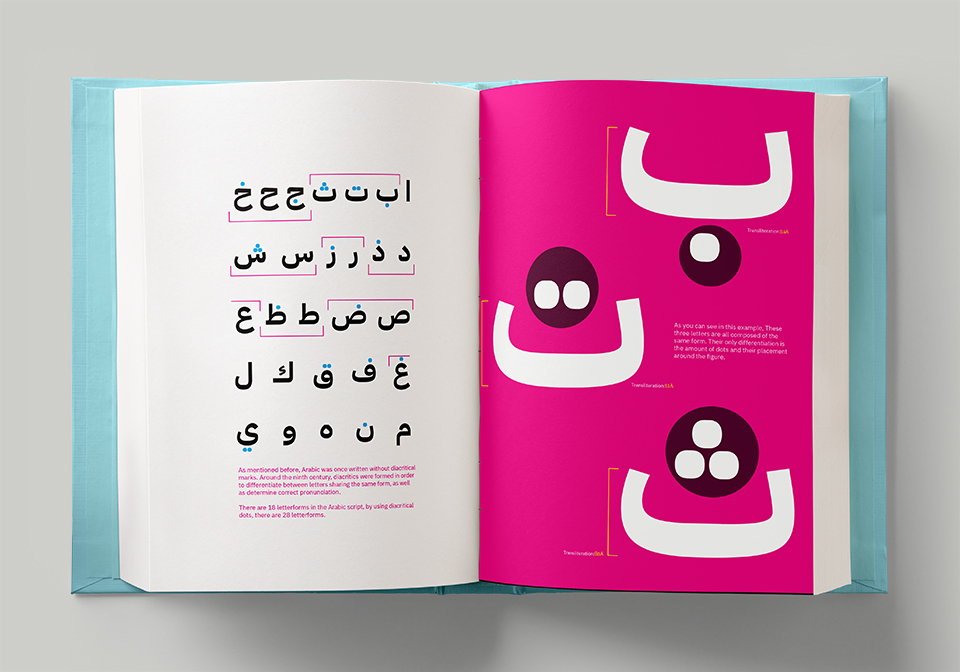 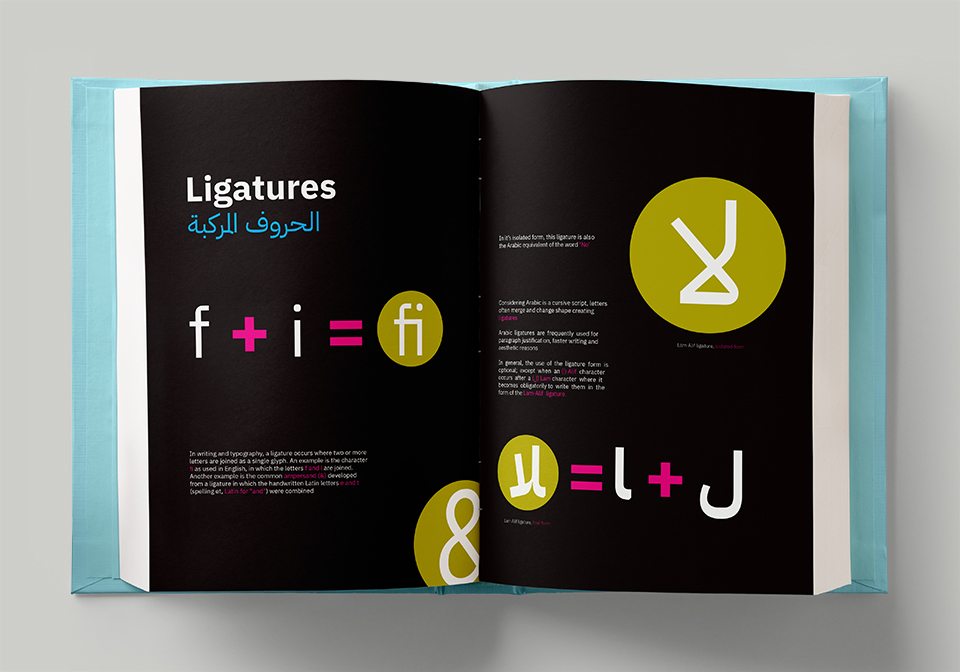 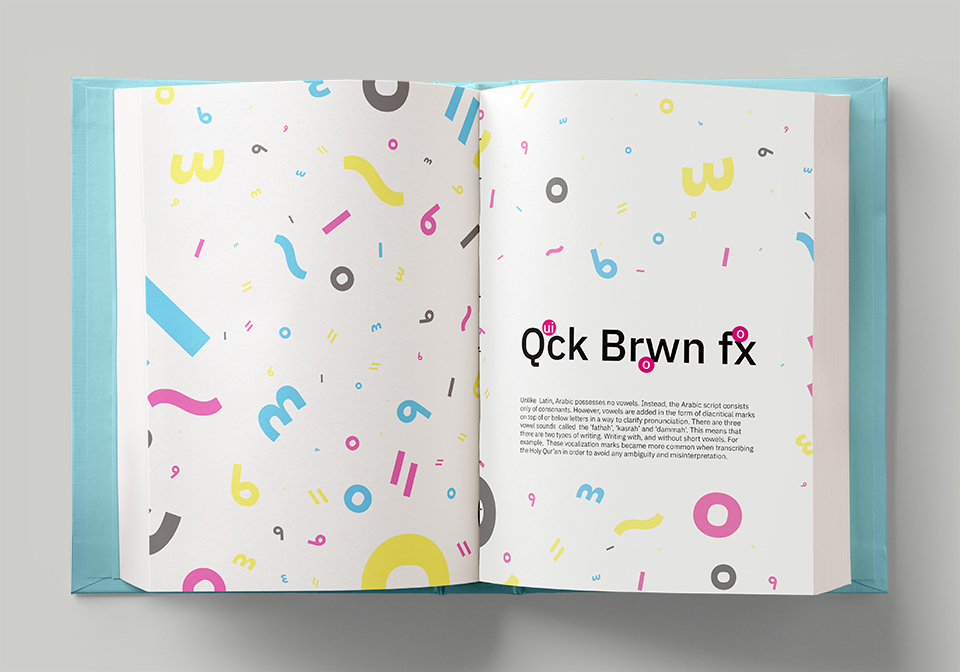 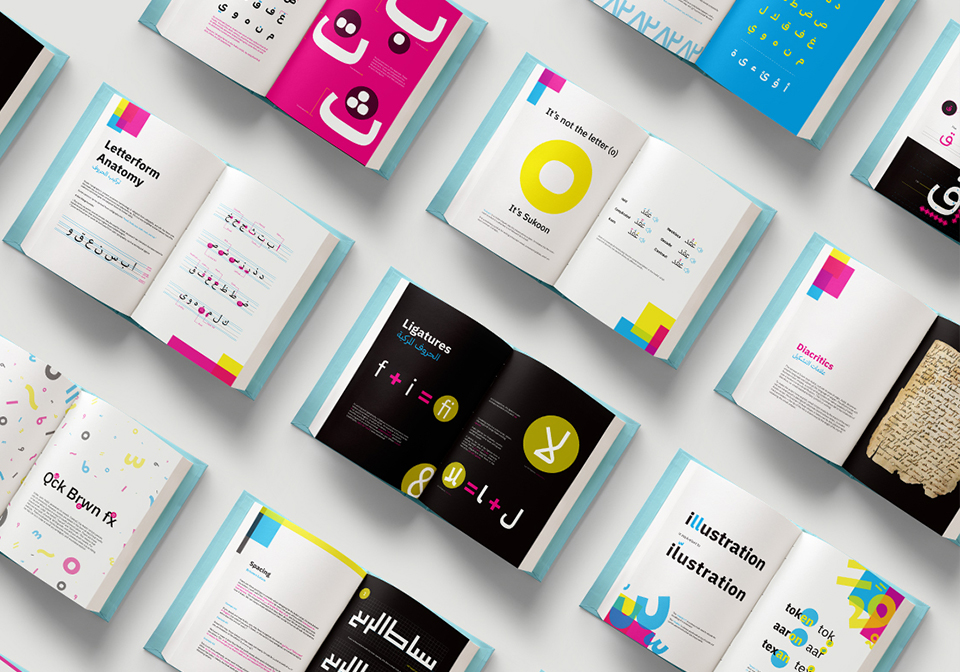 During a conversation about expanding the graphic design canon, I couldn’t help but argue that we need to widen the canon beyond North America and Europe. There is much to be learned and admired from design around the world, and the Middle East is not an exception. However, my fear is that if nothing is done to educate young designers on how to both use and create Arabic typefaces, the Middle East will continue to not only fall behind graphically, but also that it will continue to be left out of the canon. Some argue that while we grow to be more digitally dependent, the lack of advancements in Arabic typography will soon result in it becoming a dying script.

Tshkeel (which translates to mean diacritics) is an educational system for young designers with little to no knowledge of the Arabic script, in hopes that it will spark wonder and drive them to learn and create. It includes a comprehensive guide to Arabic typography, and type design showcasing the script’s history, nuances, and the ways one can begin using and designing the script.