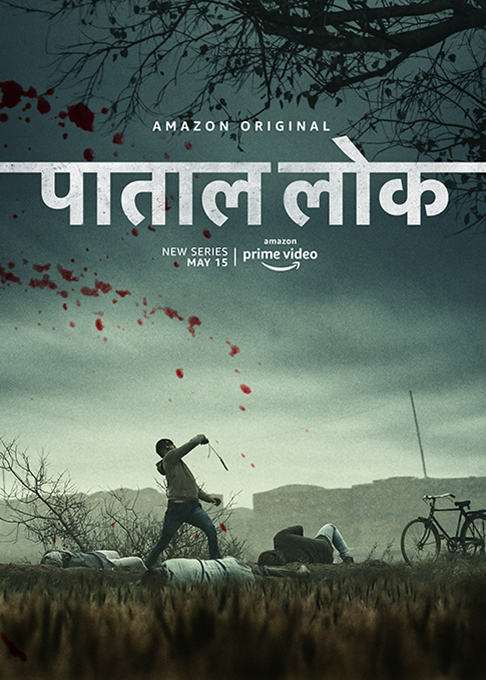 Paatal Lok was a high profile title for Amazon India. The narrative was dark and violent, and the assignment was to convey the high production value of the series, without shying away from the violence and grit that is at the heart of it.

Since the series had already ended production before the marketing campaign was kicked off, the resources we had to work with were limited to screen captures and unit photography. We chose a pivotal and violent scene from the series and used a screen shot of it. In order to convey the bloody nature of the scene in a still image, we created the illusion that blood was being splattered onto the camera, giving the viewer a sense of perspective and a sense of being there as a witness to this horrific scene.

This key art caused a stir and speculation about whether the character wielding the knife on a string was indeed the "bad guy" or a "good guy" defending himself against aggressors. The client and show runners were extremely happy with the art and the resulting ratings and accolades.