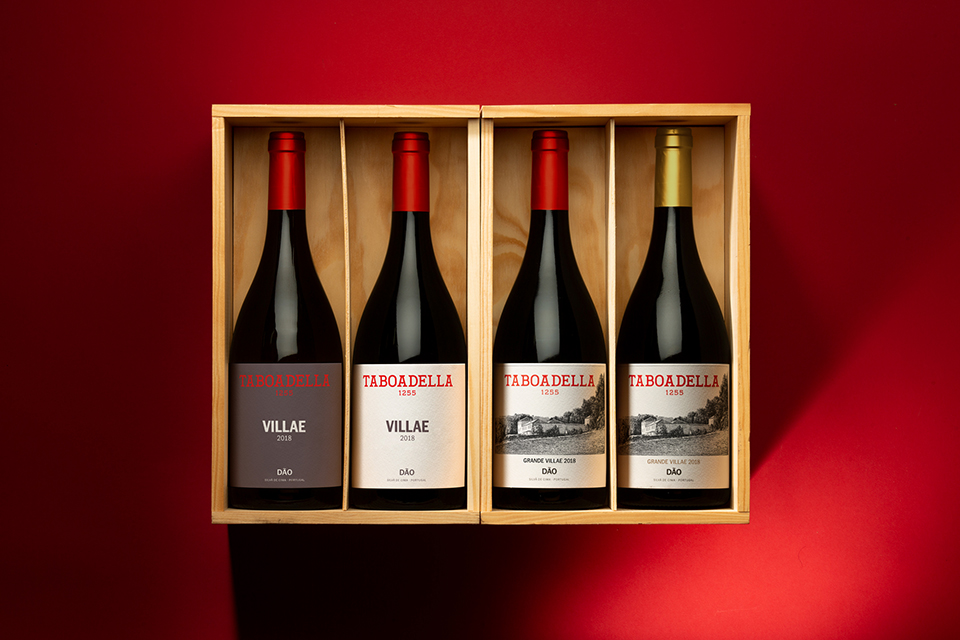 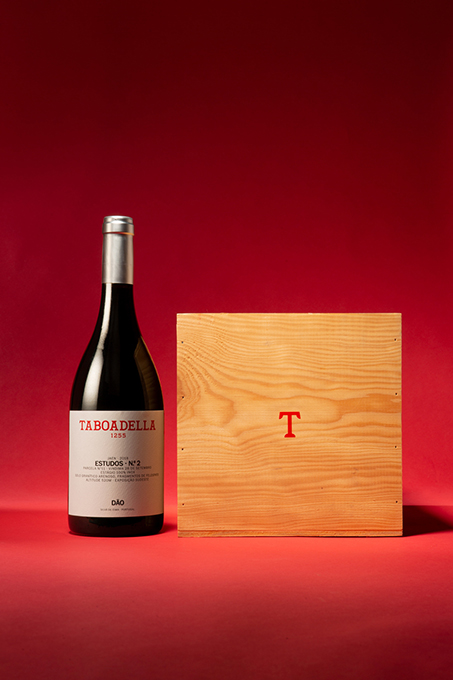 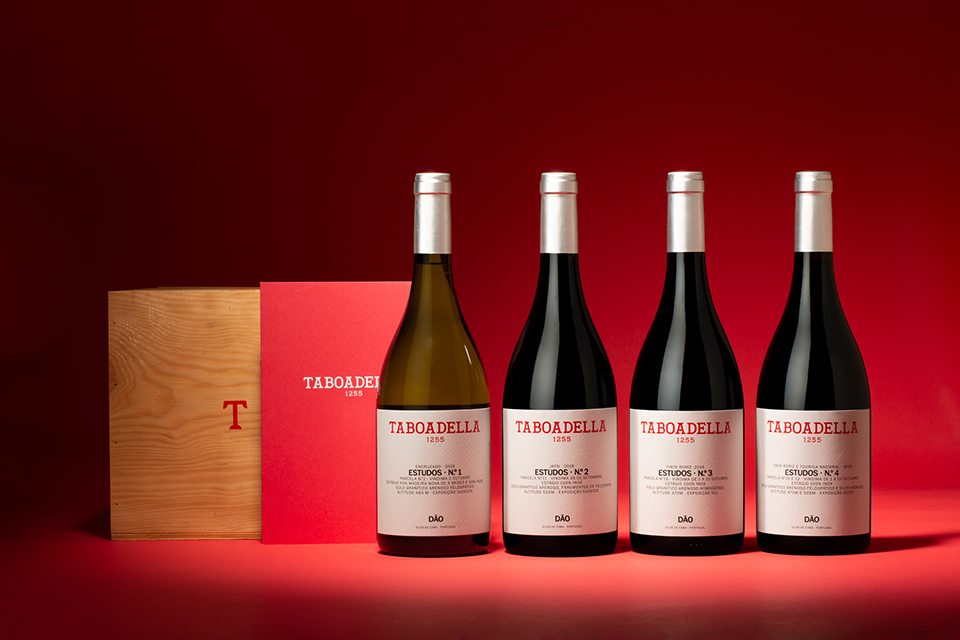 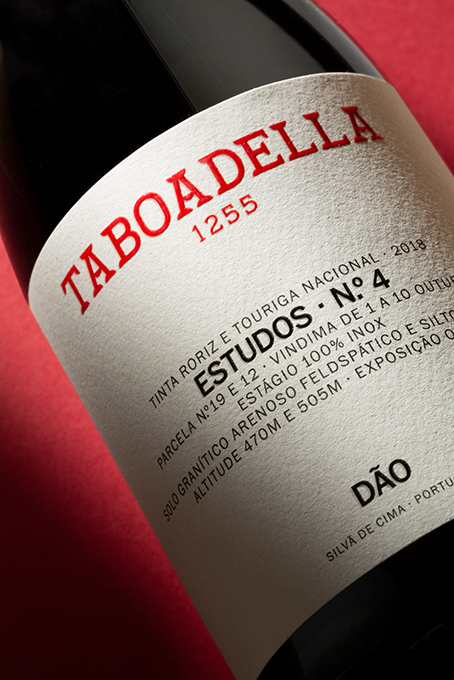 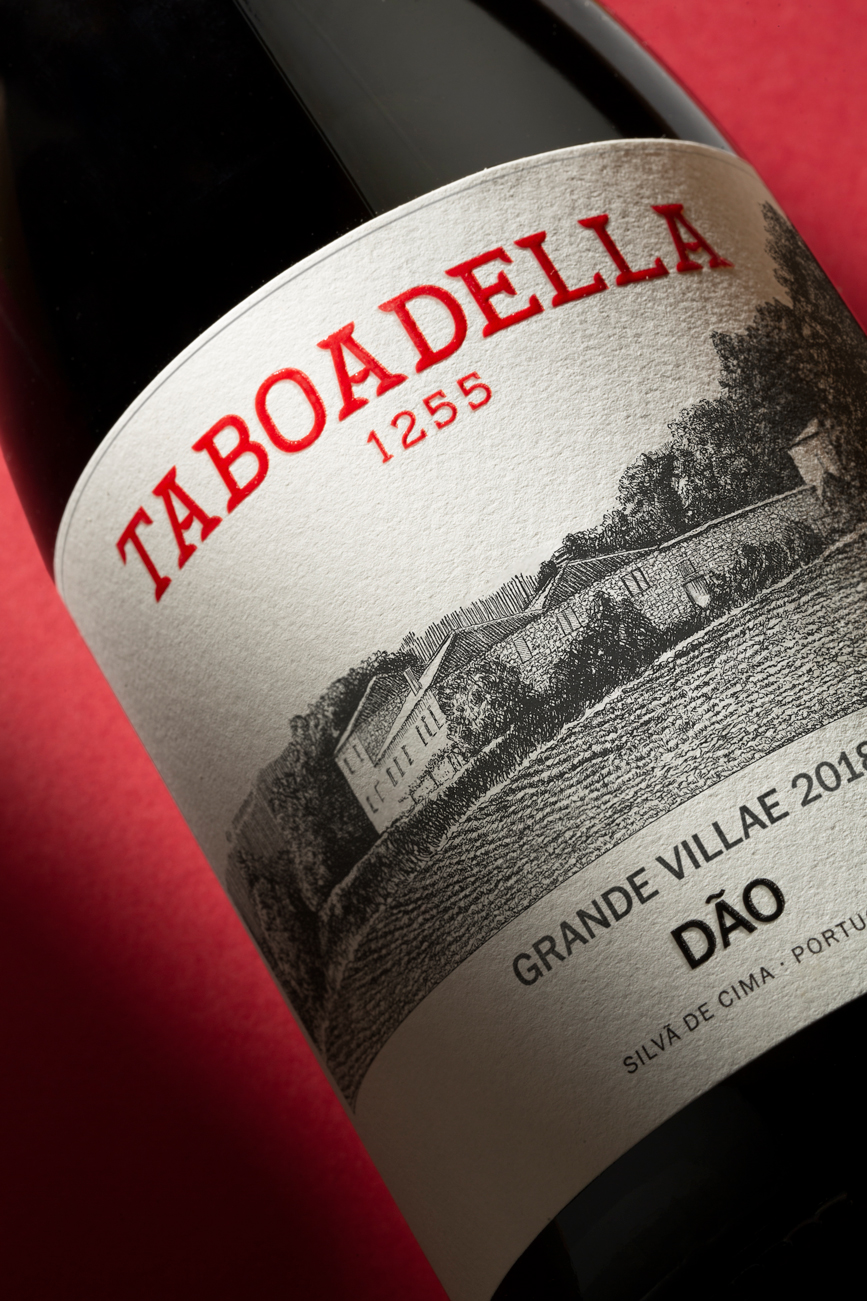 For Taboadella, a new wine venture in the beautiful Dão region (Portugal), we translated the form of a structural pillar found in one of the built structures into a solid T that became the basis for the design solution. The geometric codes of this shape were then applied to the other letterforms, linking the vernacular and the patrimonial to a new graphic form. The brand Taboadella, with its strong typographic character, is the anchor around which the different wines revolve.

Near the Taboadella vineyard there's a natural stone roman lagar built in a monolithic boulder, one of the oldest examples of winemaking history in this particular region. One of the goals of the project was to communicate this character and the territory's heritage in the visual identity.

The romans descended the mountains towards the north, settling in the hills in Silvãs and Rio de Moinhos, close by. The cold and solid granites originated light, permeable, poor soils, brimming with energy. This was the character we sought to imprint on the Villae range, a stark solution that articulates a sans serif font in the label.

The Grande Villae are premium wines with a rare classic structure - a reference to Taboadella's Roman era and a tribute to its ancestry. For this range we chose to depict the ancient Taboadella manor, in a delicate contemporary engraving by portuguese illustrator Daniela Lino.

In classic wine regions, such as the Dão, the grape variety assumes a fundamental role, defining the region's character and identity. The Single Variety Reserve Wines (Monovarietais Reserva) result from a selection of plots that produce unique wines. Each is carefully identified in the label, in an almost scientific taxonomy, as if samples of different precious nectars, each with their own aroma, colour and fluidity.

The different ranges come together under a sober set of typographic rules and a minimal and strong colour palette and a classic, yet contemporary, soul.