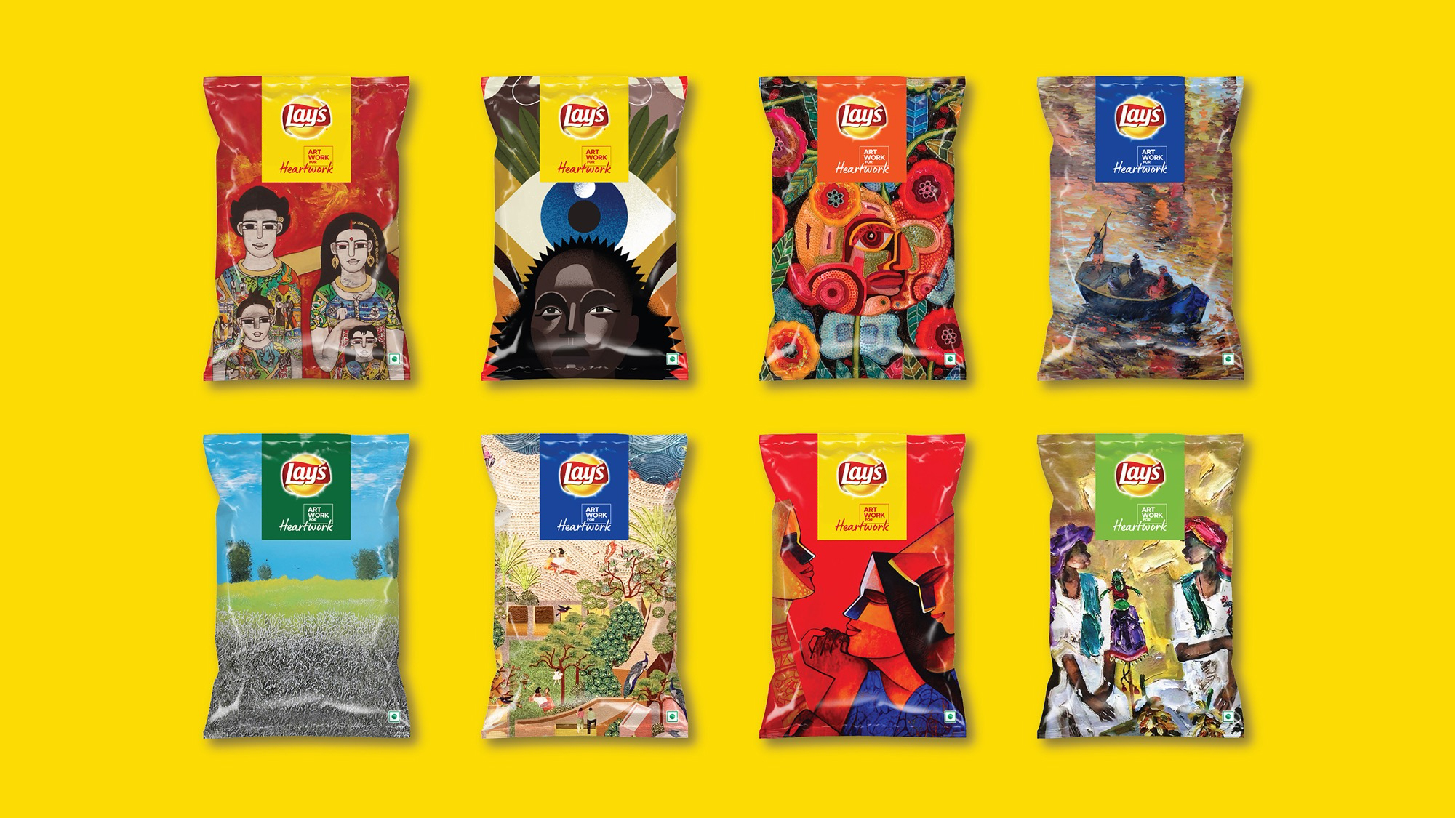 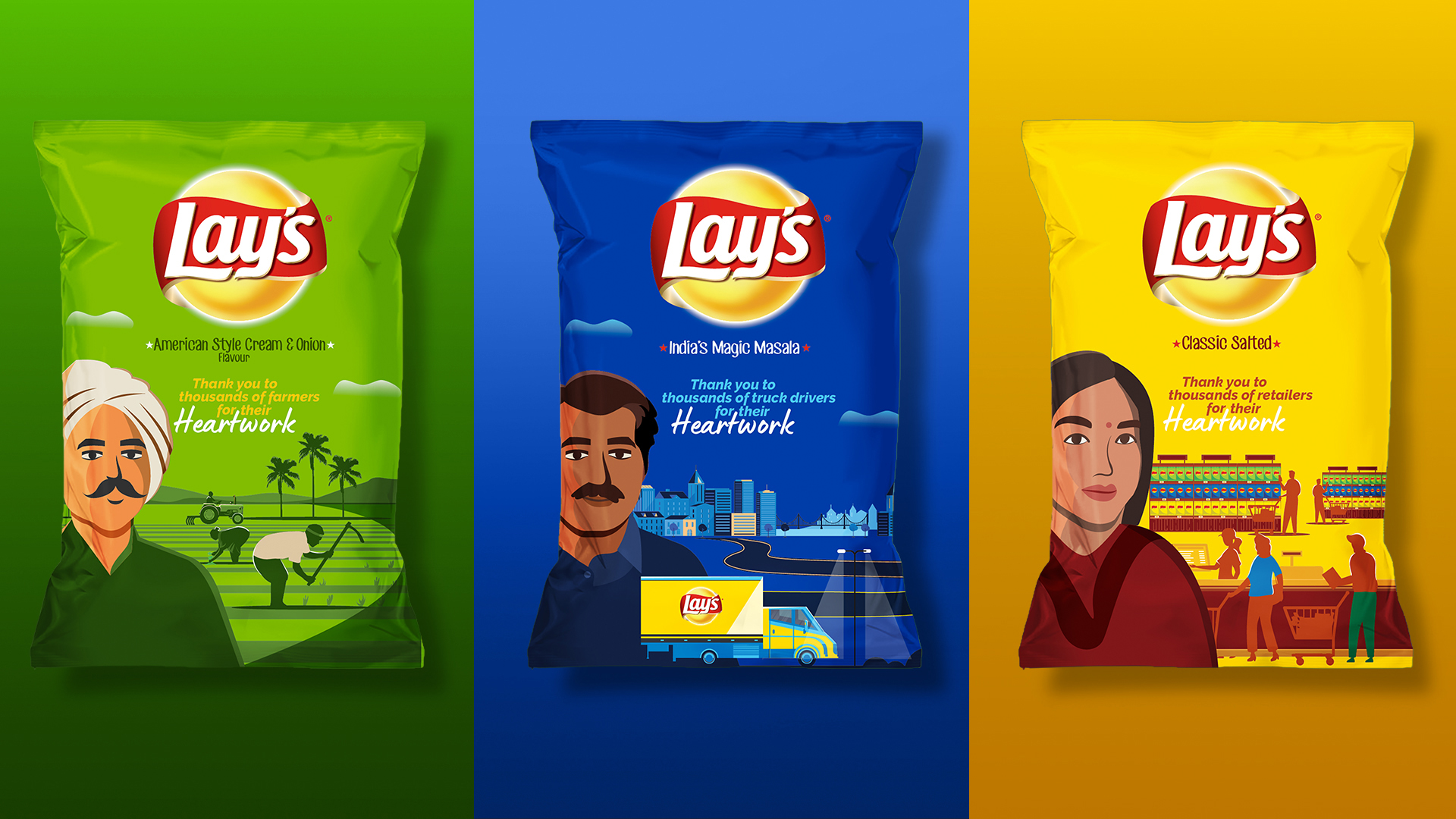 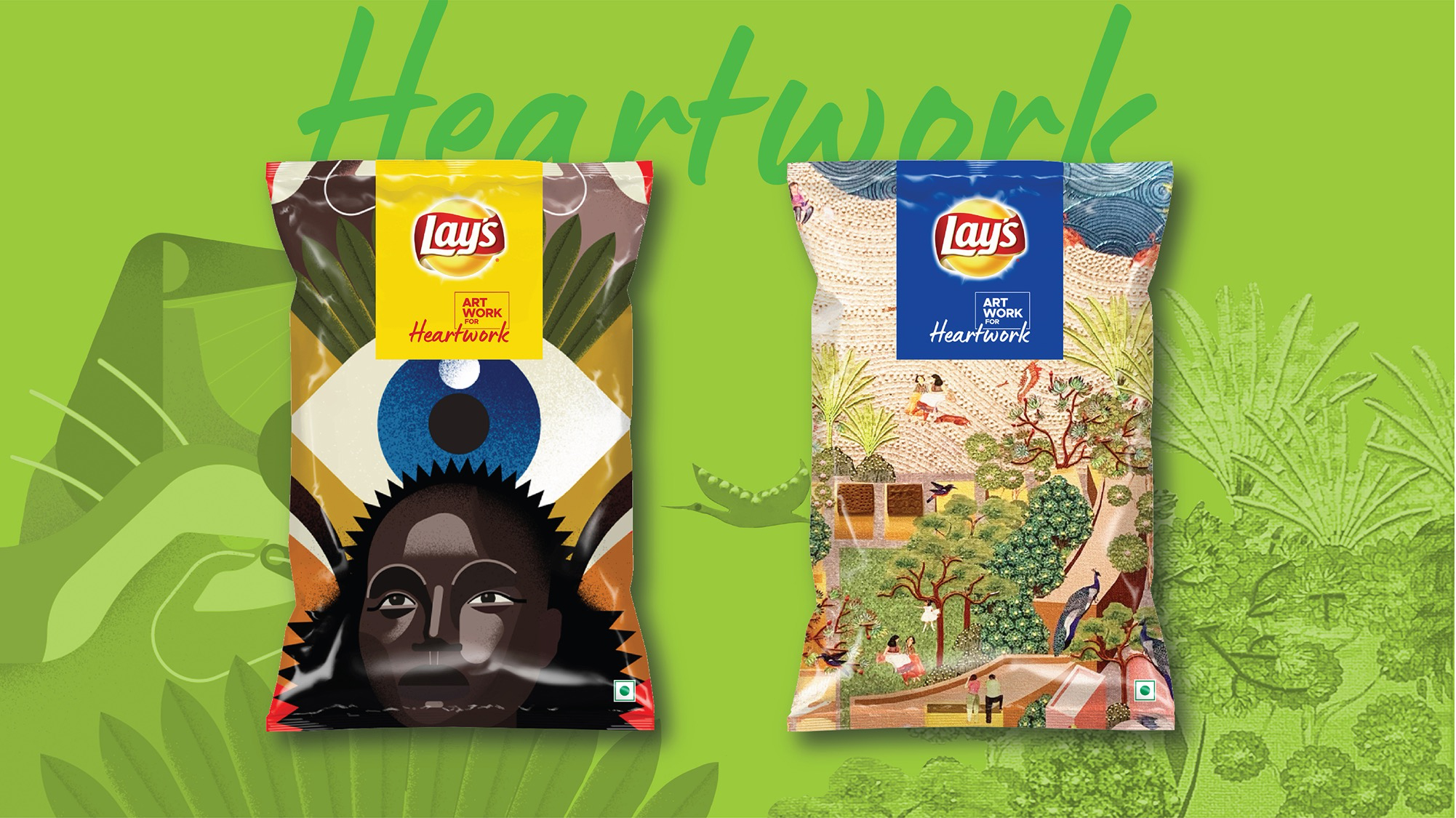 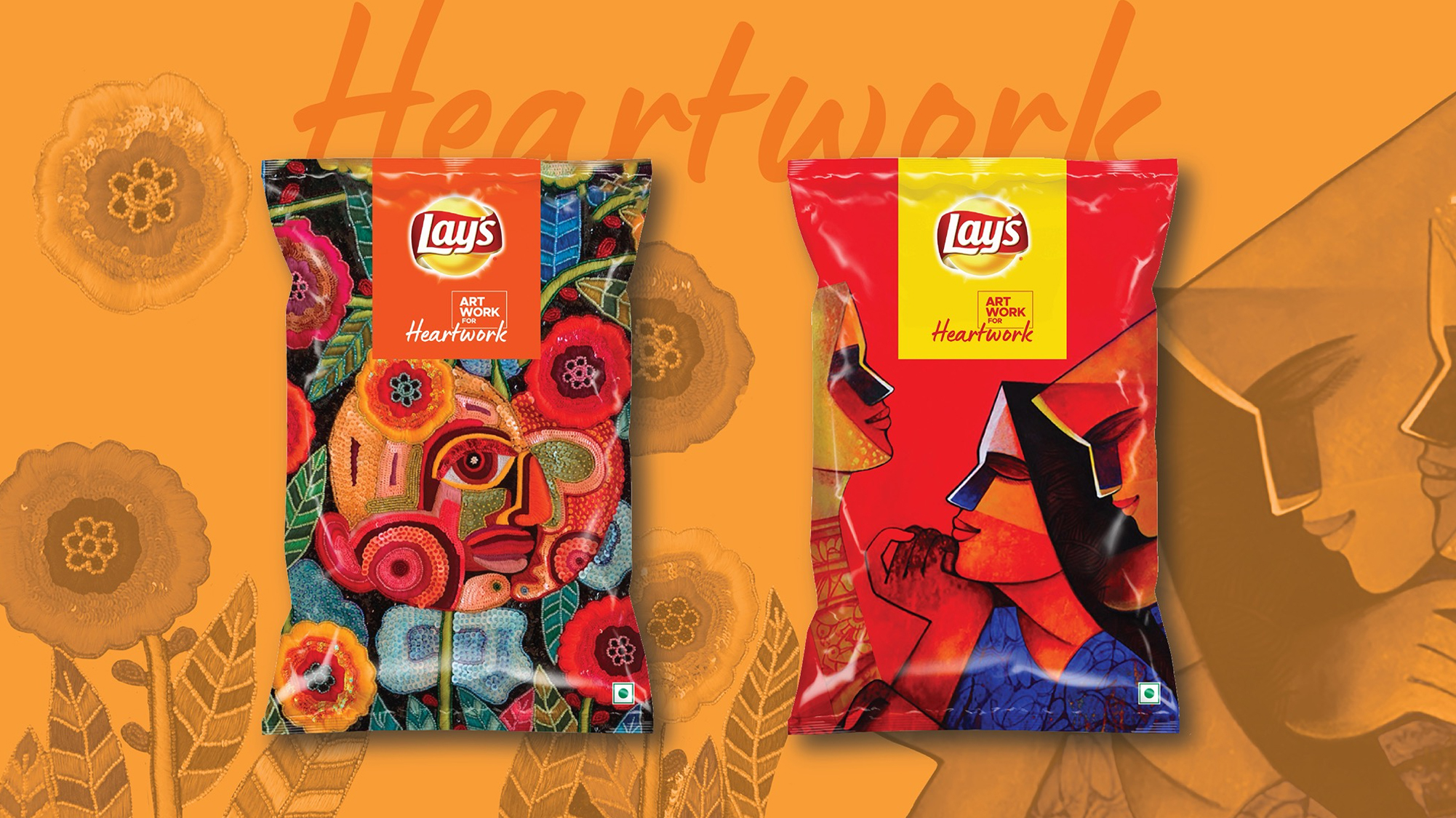 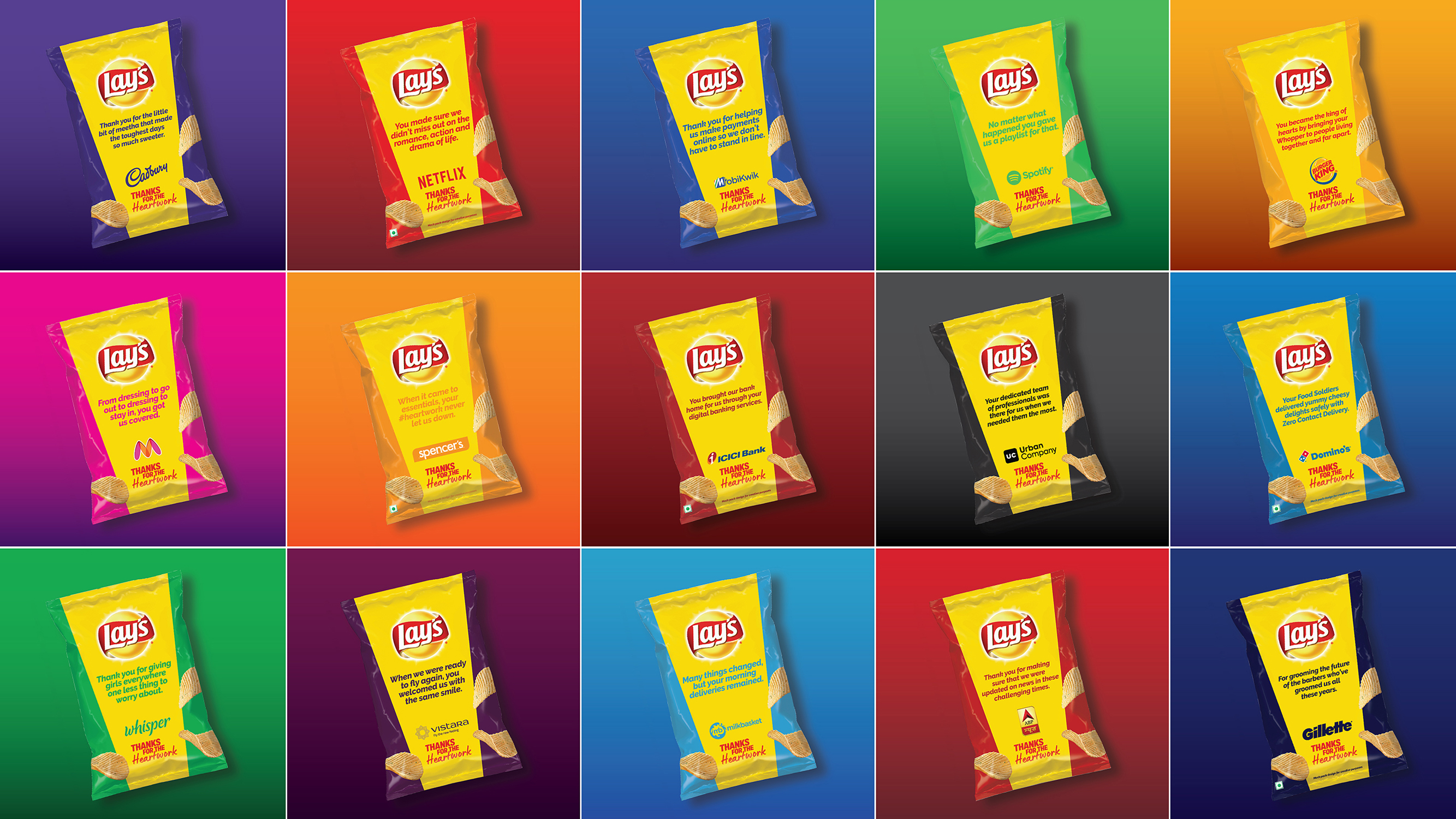 To express our gratitude for all the unsung and unseen heroes fighting the Covid-19 pandemic, Lay’s created the Heartwork campaign. Employing bright, optimistic colors and heartfelt messaging, the design for this series featured the community heroes whom we rarely get to thank in person — from farmers and factory workers to truck drivers, retailers, and deliverymen. As these community heroes worked relentlessly to bring joy to millions across India in a difficult time, every pack of Lay’s became a celebration of their #HEARTWORK.

In extraordinary and challenging times, going about one’s daily job can be an incredible act of courage. This reality and the Covid-19 pandemic were the impetus for Lay’s Heartwork campaign. Our team wanted to thank all the men and women who are working tirelessly behind the scenes as part of the Lay’s value chain. In our eyes, their work isn’t just hard, it’s Heartwork.

As part of the Heartwork campaign, the PepsiCo Design team created customized Lay’s packaging that showcased original illustrations of Heartworkers, including farmers, truck drivers, and retailers. Already expressing optimism with a colorful and engaging palette, every Lay’s pack also delivered a positive message of gratitude directed at Heartworkers themselves. These one-of-a-kind packs were sent to members of the Lay’s fan club. And all 1400+ influencers were not only overjoyed with the heartfelt gesture but expressed their love for the campaign on social media.

With its Heartwork campaign, Lays’ ambition was to not only express gratitude through creativity but to cultivate real support for Heartworkers in India. To realize this goal, Lay’s partnered with Smile Foundation to launch a fundraising platform and contribute over 100,000 hygiene kits – including masks, sanitizers, and gloves – to workers and their families. Part of the Heartwork campaign’s messaging invited consumers to contribute to the fundraising effort. To further encourage donations, Lay’s rolled out a heartwarming TVC showing Heartworkers in action. The campaign also saw collaborations with various popular singers and artists — such as Neha Kakkar, Jassi Gill, Dhwani Bhanushali, Hina Khan, and others — who performed the “Heartwork Song” in their unique styles, urging audiences to contribute.

In an effort to bring Heartworkers front and center across India, Lay’s eventually extended its campaign to the value chains of numerous other brands. We engaged with 40+ leading companies, creating customized digital Lay’s packs with positive messaging that celebrated the hard work of Heartworkers across professions and industries. This collaboration led to unprecedented buzz on social media, giving new life to the Lay’s Heartwork campaign.

As an extension of the Heartwork campaign, we also created Artwork for Heartwork, which brought together over a 100 artists, painters, sculptors, and photographers with Smile Foundation and Art&Found. Special artworks by these artists as well as leading celebrities like Sonu Sood, Manushi Chhillar, etc. were made to spread the message of Heartwork and help raise funds for the Heartworkers. Paintings from these collaborations were also featured on digital Lay’s packs, which received immense love from our fans.

Altogether, Lay’s Heartwork campaign saw high levels of engagement with millions of views and reports showing 99.7% positive consumer sentiments. Nearly 70,000 conversations were ignited through our partnerships with influencers, and nearly 50 million impressions were achieved through collaboration with leading partner brands. The organic influencer outreach resulted in a total reach of more than 8 million, with 4300+ posts and stories. A massive PR value of $2 Million was also secured for the Lay’s Heartwork campaign.