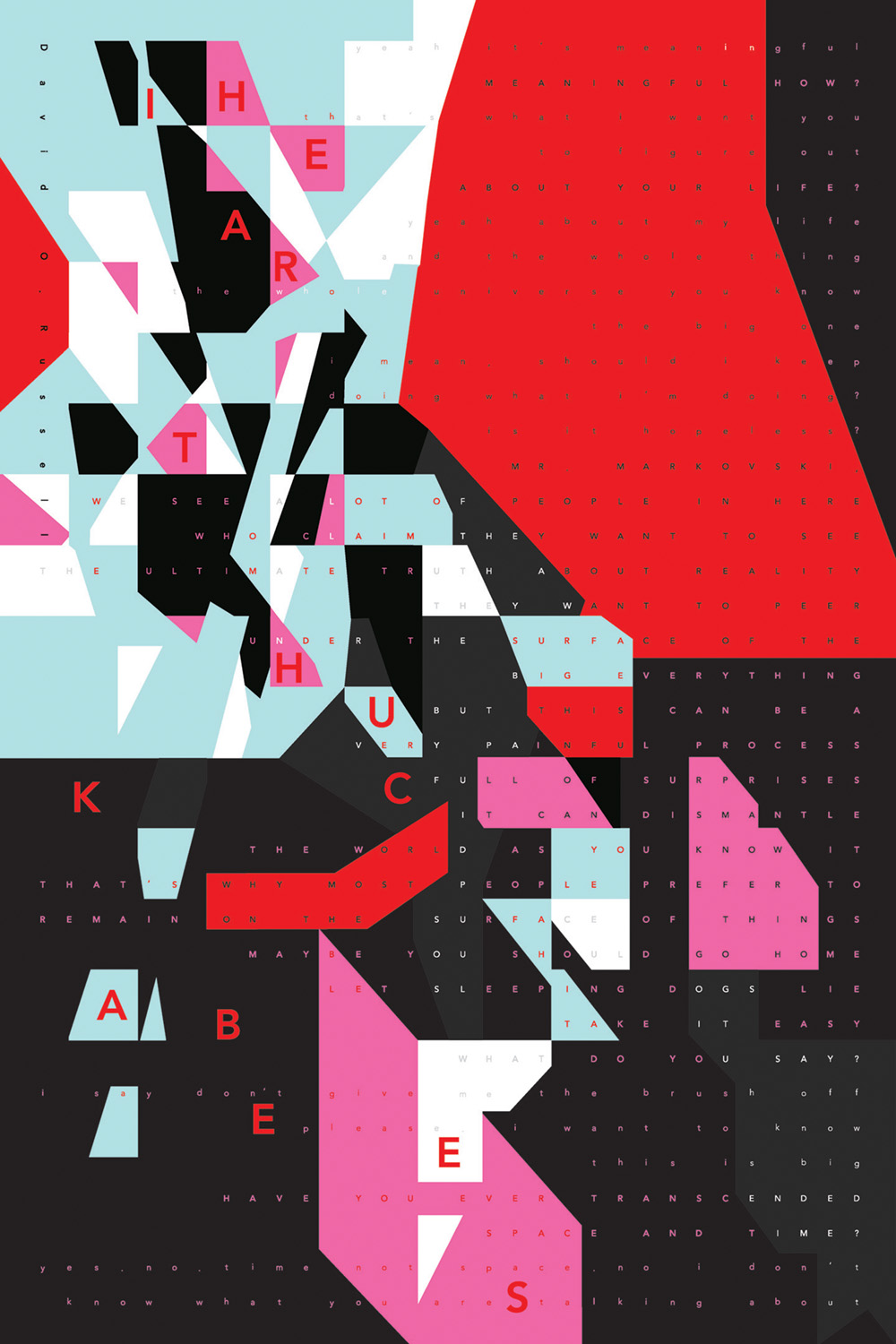 This academic exercise’s design prompt was to curate ten lines from a selected movie for use in a poster. This submission is an interpretation of the lines from the movie, “I Heart Huckabees,” directed by David O. Russell.

To promote the ‘dismantling of the world as you know it” I privileged instability through the lack of compositional hierarchy. It’s not to say that there lacks any hierarchy in the poster, but the scale is more relational between individual components rather than through the ability to read the relationship to the whole.

In the deconstruction of hierarchy, I played with the Gestalt laws of visual perception organization to create disassociations. Proximity refers to the idea that figures close together are associated; the poster played with relative scales of proximity to destabilize what is thought of as adjacencies. To deconstruct the form further, the poster has abrupt changes in direction, an asymmetrical imbalance in the elements, promotes open figures by the splaying of form in all directions, and exploits the notion of similarity through the ambiguous fragmentation of the geometric elements.

In the scene, Albert Markovski seeks the aid of ‘existential detectives’ to help him decipher his coincidence case with the hope that he will be able to ‘see the ultimate truth.’ I appreciate the absurdity, but veracity of the dialogue.

My grossly reductive understanding of the sea of philosophy that this movie parodies is a struggle between universality and nihilism. From this, I decided to play with an anti-hierarchical composition that speaks to unity through fragmentation, to depict both the ‘blanket’ and the ‘nothingness.’