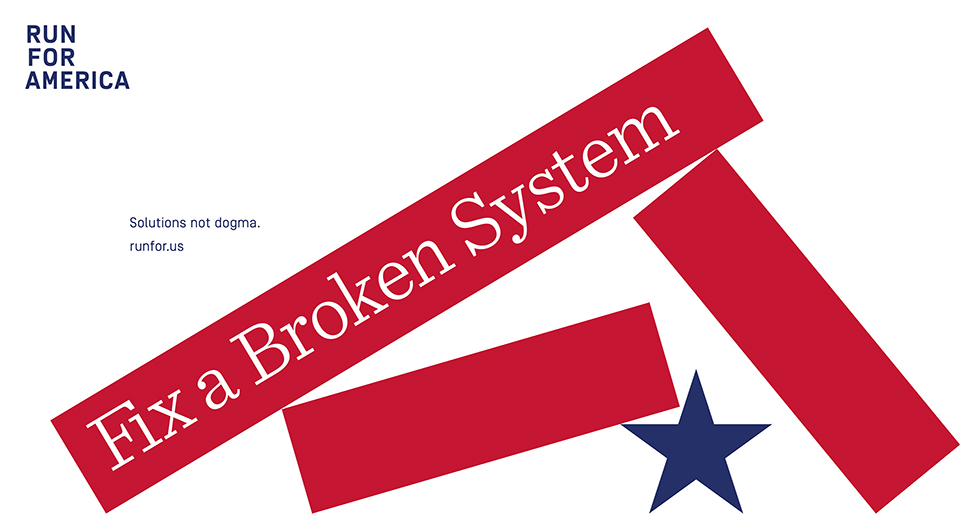 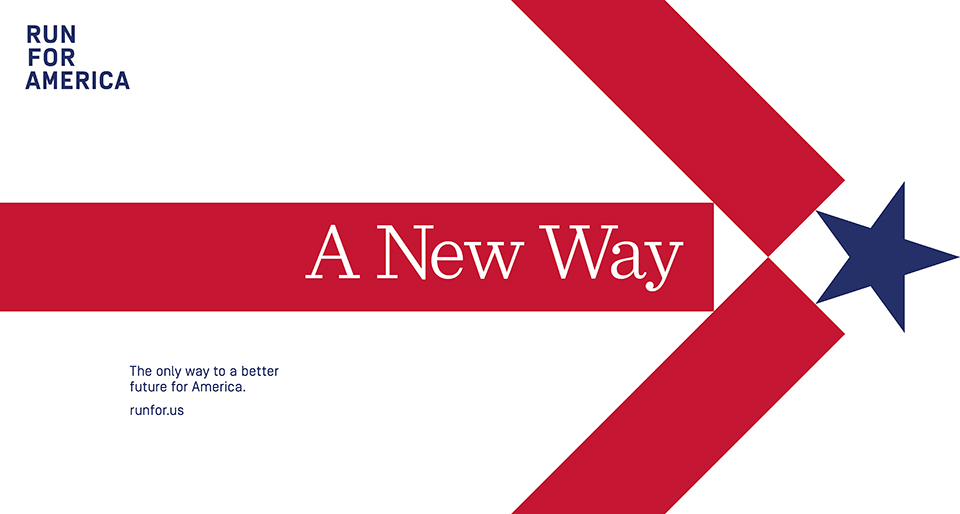 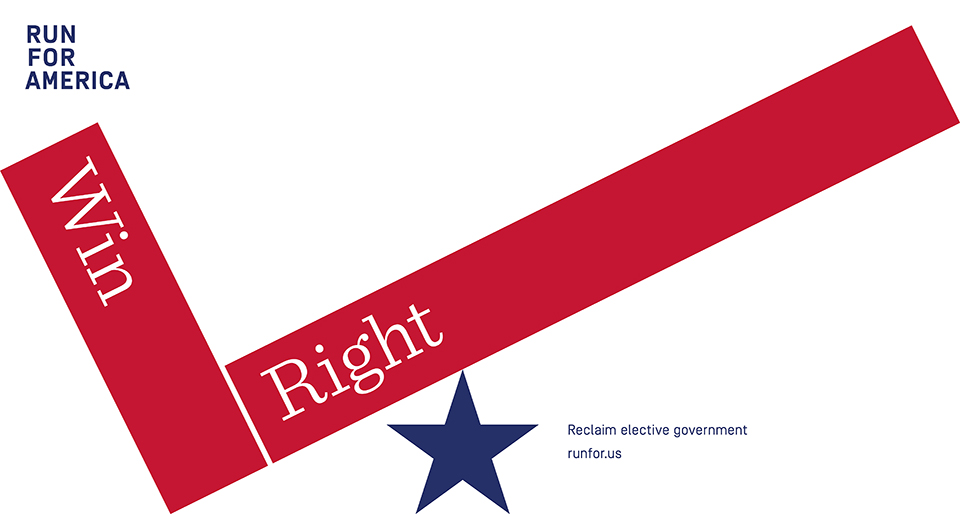 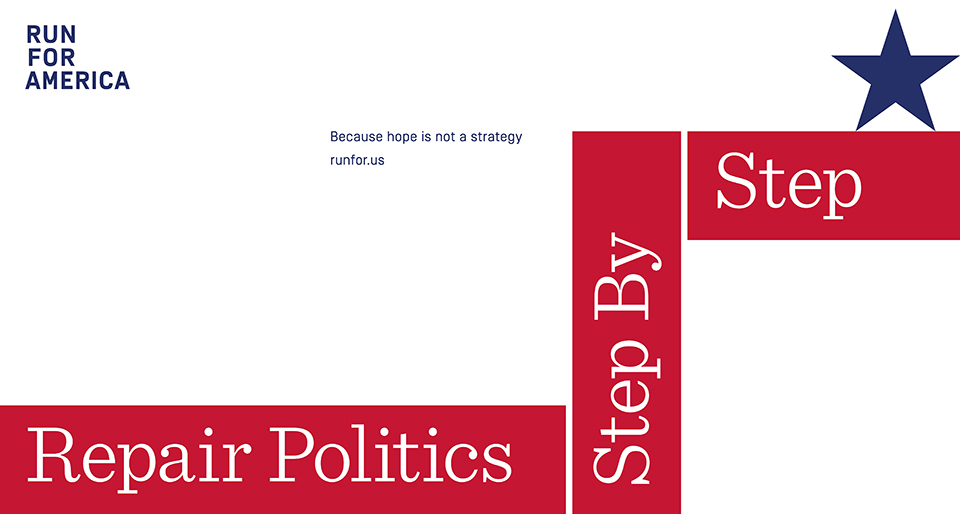 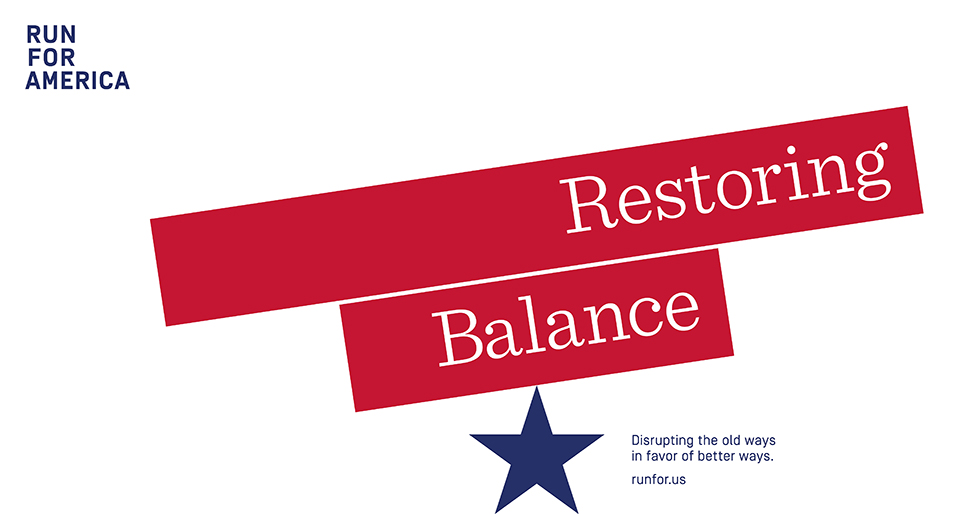 Run for America (RFA) is committed to repairing elective government in America, and re-engaging Americans with how they’re governed. By supporting candidates for office who are fair-minded and motivated by progress, not dogma, they aim to achieve lasting change for the people of the USA.

CHALLENGE
RFA needed an identity that was authentically American, but also distinctive. It had to be versatile enough to work hard to tell the story of the movement in a striking way, while also being easy to use.

RFA aims to restore a lost integrity to American politics. The identity does the same by recalling the graphic purity of public-spirited design of earlier ages, but re-interpreted for today.

The logo simplifies the most iconic symbol of America, the flag, down to its core parts and re-arranges them to form the letter A. The modular identity can infinitely transform and re-construct. Its ‘hands-on’ nature suggests and enables participation, symbolizing the wresting of government back to the people.