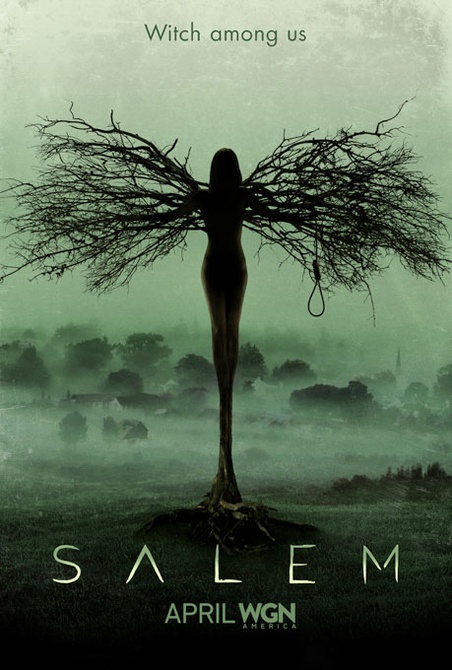 Salem was WGN’s first original series and it’s launch was timed to coincide with the rebrand of the network. WGN viewed Salem as a cornerstone of the expansion of their programming slate and new brand position as a destination for quality original content. They wanted a piece of art that would grab people’s attention and distinguish it from other similarly themed shows in the market. Instead of focusing on telling the story, they wanted an iconic piece that would be equal parts sexy and unsettling, “something you would want to hang on your wall.”

As with all of our campaigns. we focused first on getting our heads around the details and essence of the program, looking for themes and visual cues that would inspire great concepts. Working within that for a while and then taking a left turn and seeing where it leads.

The result was an eye-catching visual that didn’t come to full read without a closer look. It clearly peaked people’s curiosity to tune in. The series premiere of Salem septupled WGN’s first quarter prime-time average and outperformed the network’s typical 18-49 performance by a factor of six. Matt Cherniss, president and general manager of WGN America and Tribune Studios said, “We are thrilled with the audience turnout and reaction to Salem. These numbers far exceeded our expectations...”