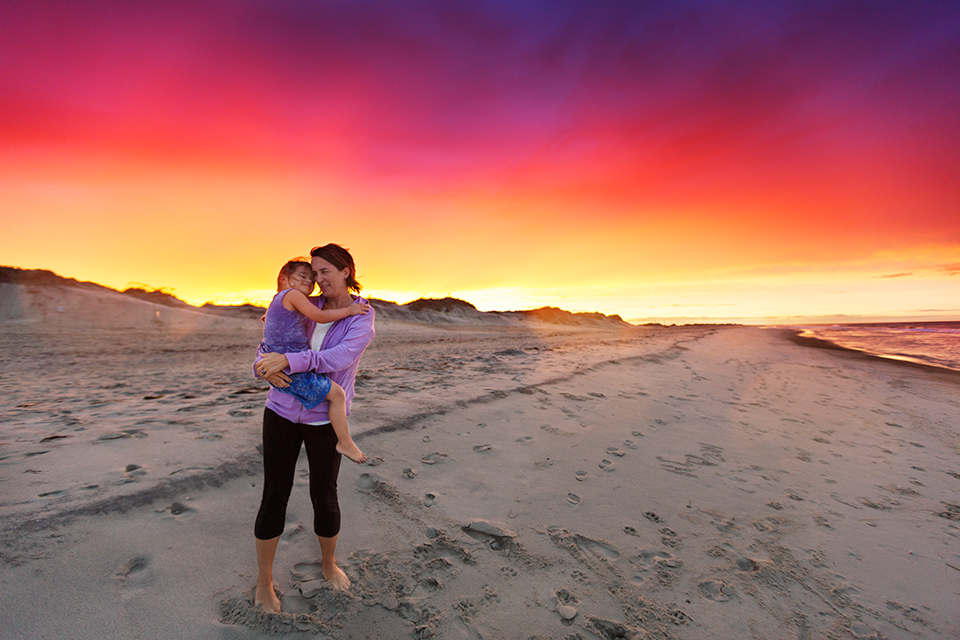 A 4-day storm slowly began to clear one evening in the Outer Banks of North Carolina. My family went to the beach hoping to see some sunshine. Soon after we arrived, the sun broke from the clouds while drizzle continued to fall from the sky. I felt as though I saw the beginnings of a Rainbow form as a small vertical strip comprised of a few of the spectrums colors started to appear just above the ocean’s horizon line. A shot of the full double rainbow is submitted separately. As the rainbow began to fade, I turned in the opposite direction to capture a Mom and daughter enjoying a loving moment beneath a fiery sky.

The goal was to shoot as many different scenes as possible while the rainbow was still brilliant. I captured about six different scenes over 8 minutes, with each scene having a potential hero shot captured. Two stand-alone images from this series have been submitted for review.

We experienced something none of us had ever witnessed, a full double rainbow exhibit its entire life-cycle. By turning around, I captured a different brilliance. This experience instantly becomes a permanently fixed memory for future reflection and an amazing photograph for all to enjoy.