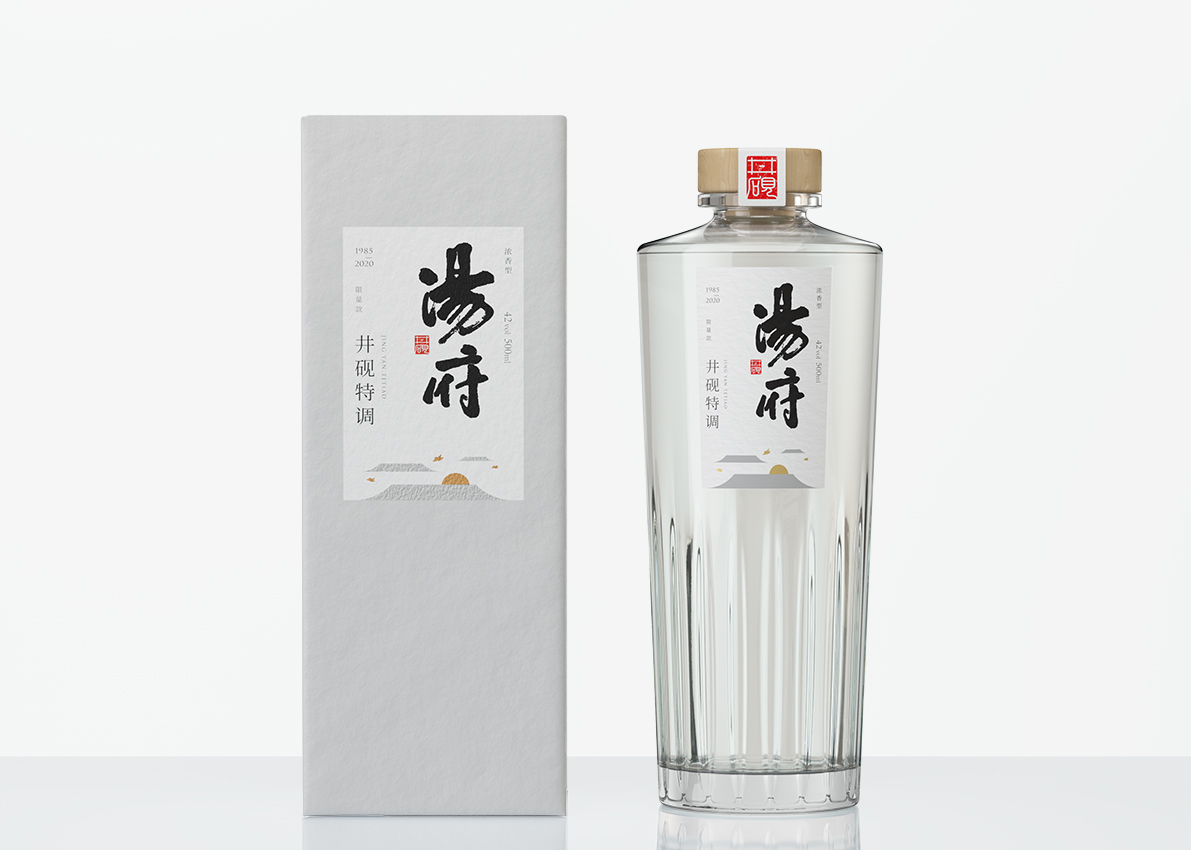 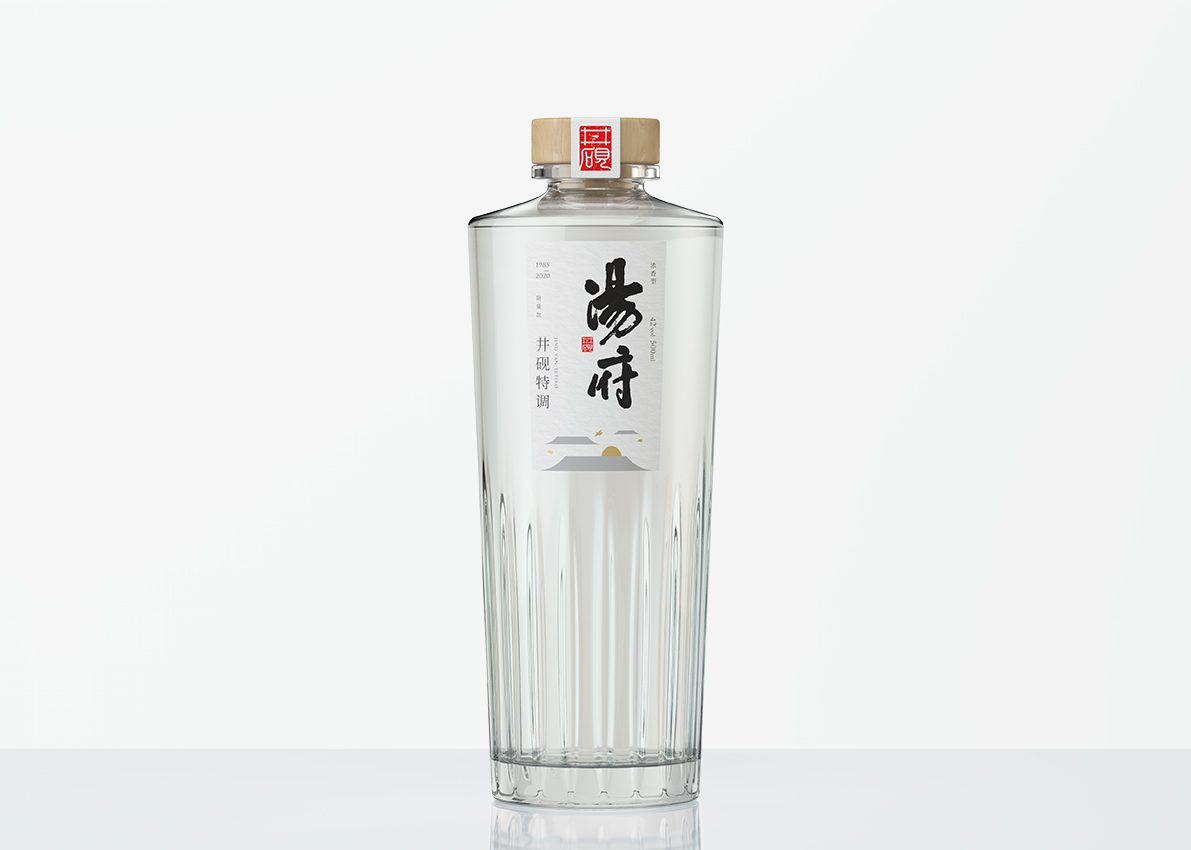 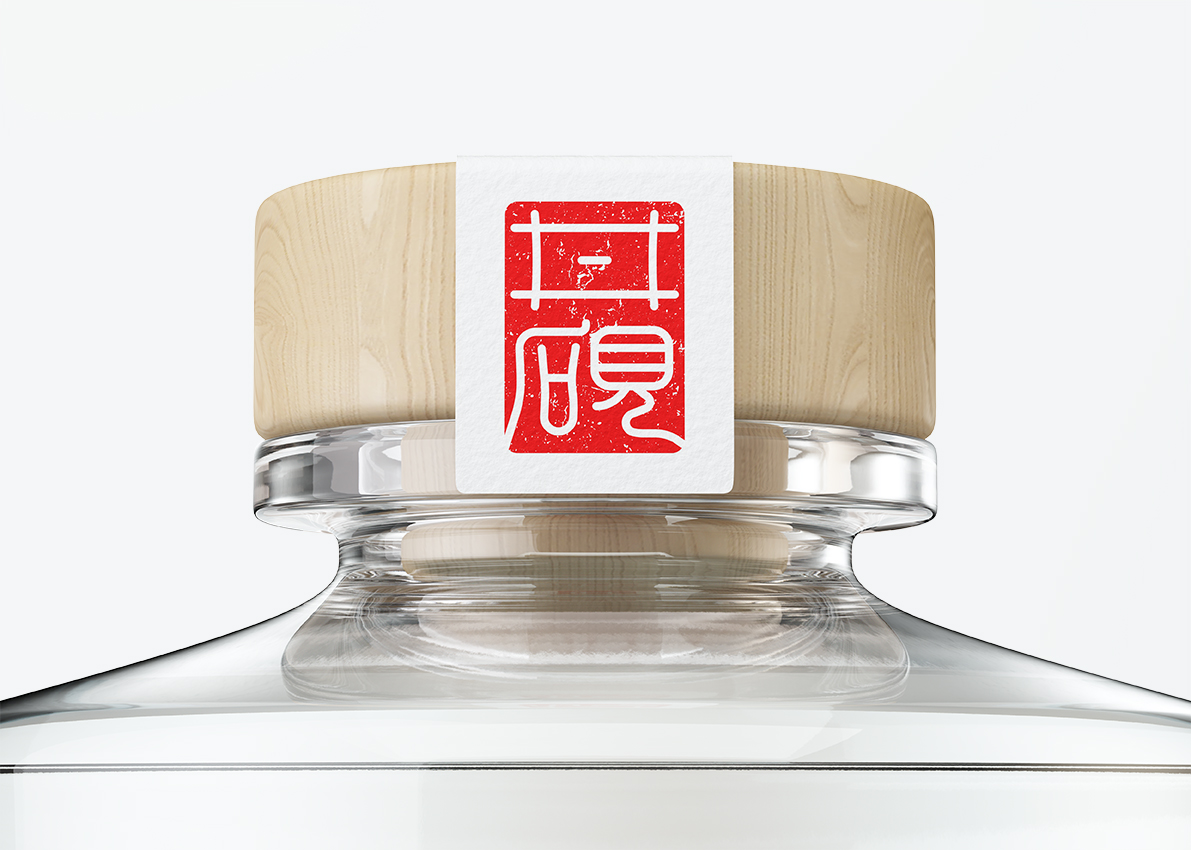 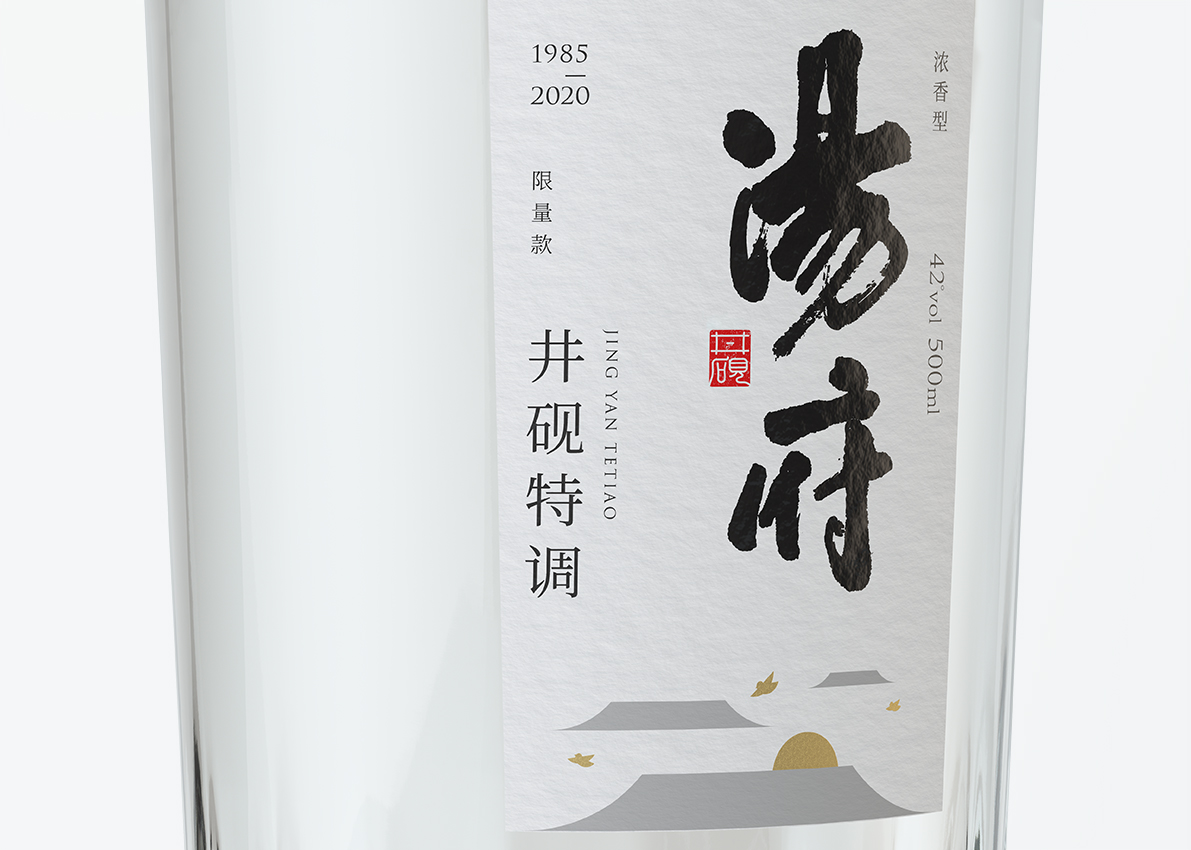 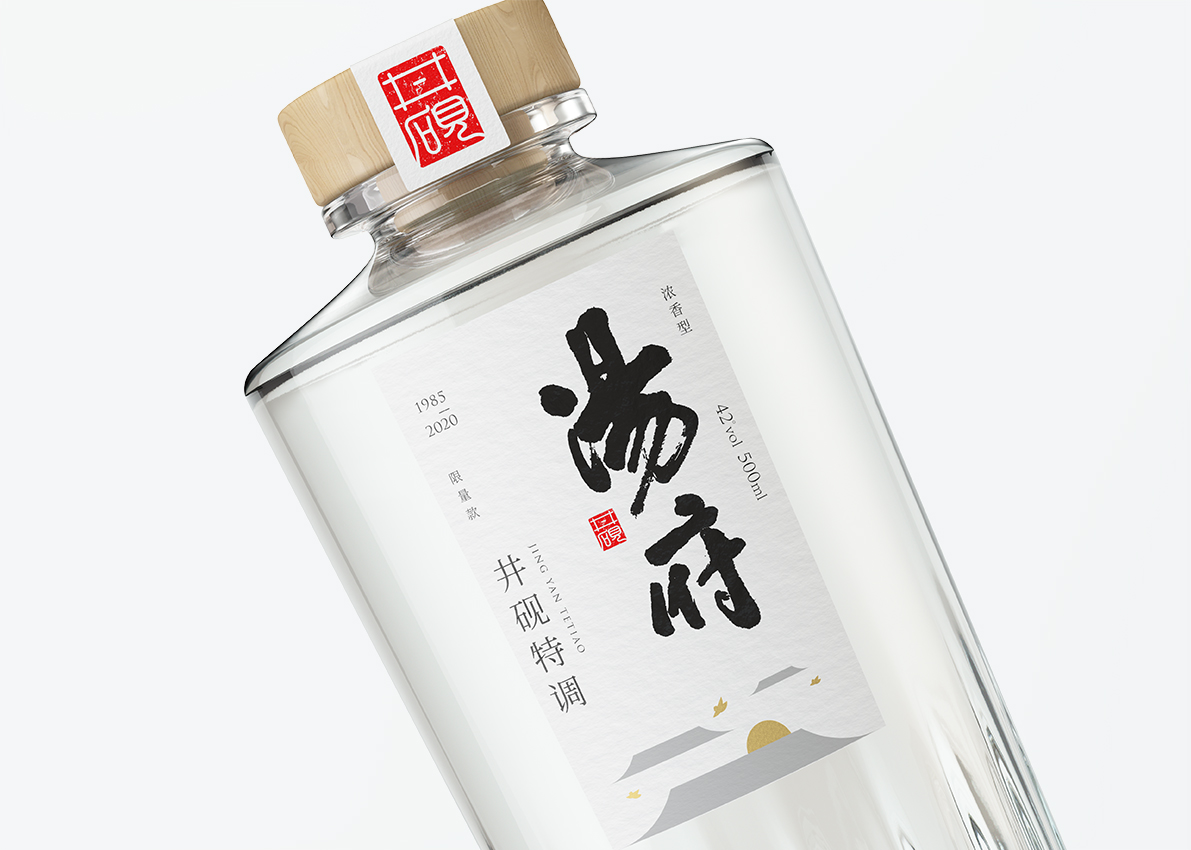 Combining Tangfu Liquor culture, innovating the modern and simple Chinese liquor design style, and abandoning the traditional liquor design. Through the glass, you can feel the beauty of the wine intuitively and pursue Zen and minimalism. I hope to interpret the sensory feelings of design in everyone's heart through abstract design associations. Explore the linkage design of five senses.

The bottle shape, with inverted cone, is the shape of a glass commonly used for drinking in China in the 1980s. Innovative design awakens a sense of the times. The bottle body is big and small, and the hand will not slip down, which conforms to human mechanics. There are irregular vertical stripes in the lower part of the bottle body, which abstractly represent the rice ears of the wine rice field, and also have the feeling of water waves. Tactile hands will have deep associations and memories.
The label, "Tangfu" is the meaning of the ancient Chinese surname Tang's mansion. Use Chinese calligraphy to write Tangfu font LOGO, thick and historical. In the illustration below the label, we have innovated the sensory association experiment with two perspectives. Abstract elements can express the association of two scenes. Legend One: three roofs of ancient Chinese mansions (expressing Tangfu's mansion), three autumn leaves (meaning the season of harvest, and the season of winemaking in China), a sun, and three elements constitute the ancient Tangfu winemaking of Zen Plant. Lenovo II: Three mountains, three birds and a sun form a Zen Chinese landscape painting.

Customers like this design very much and have already sold it online.