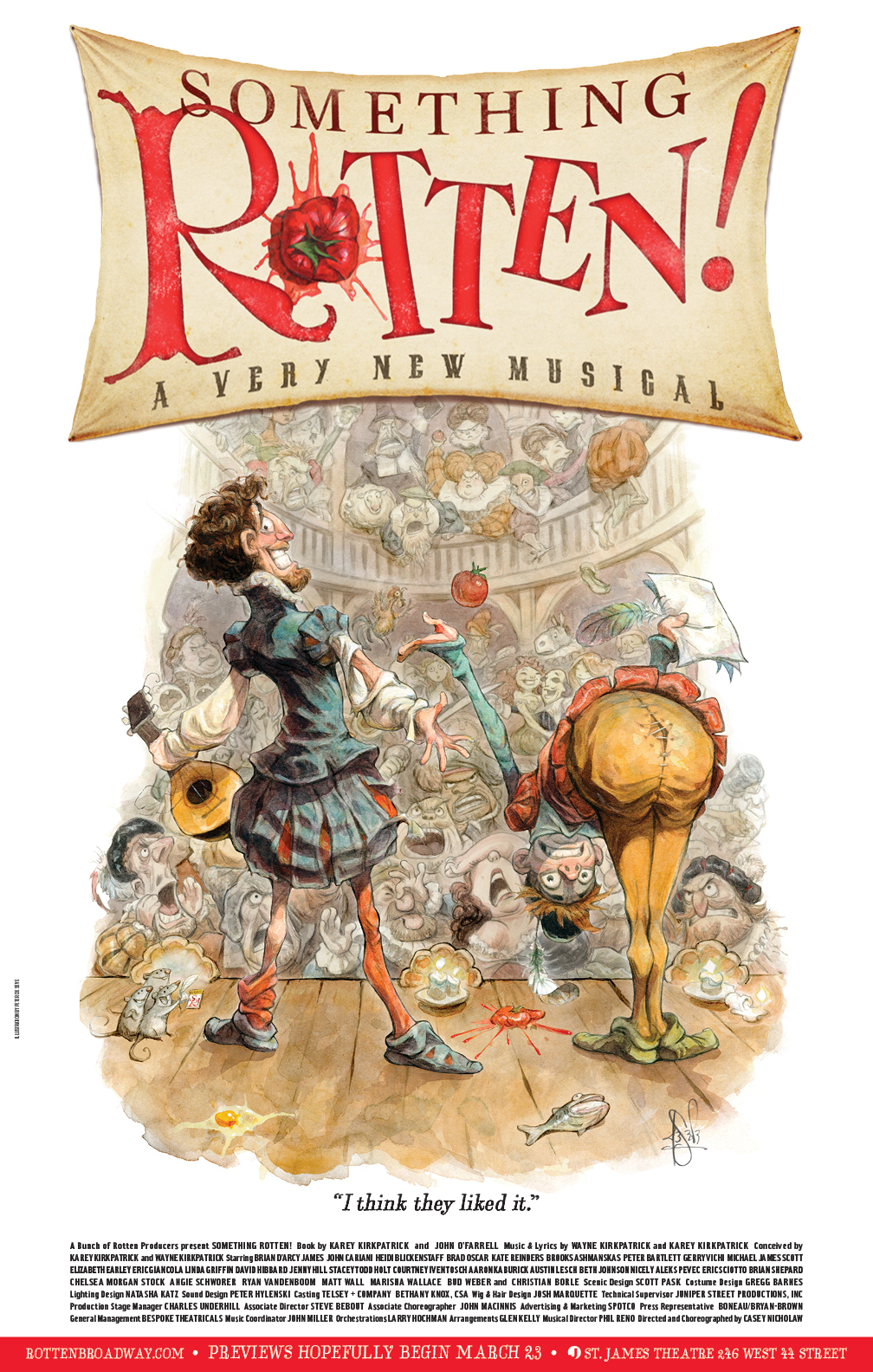 Create key art for Something Rotten!, a new Broadway musical comedy about the "creation" of the first musical. Brothers Nick and Nigel Bottom are desperate to write a hit play but are stuck in the shadow of that Renaissance rockstar known as “The Bard.” When a local soothsayer foretells that the future of theatre involves singing, dancing and acting at the same time, Nick and Nigel set out to write the world’s very first MUSICAL!

In creating the key art for the new musical comedy, we reached out to Peter de Séve, the illustrative powerhouse behind A Funny Thing Happened on the Way to the Forum and Noises Off as well as the character designer of Finding Nemo and Ice Age, to create a fun, hilarious, irreverent image of the Brothers at the curtain call of their opening night performance. Clearly, despite the brothers' best intentions, things have not gone smoothly.

The musical is a raucous homage to the musical genre—a love letter to the heart and heartbreak that is at the core of musical theater. Peter loaded the artwork with references to both the genre and Shakespeare (hint: the artwork contains more Bottoms than just the two onstage). The result is a treasure trove for theater lovers and a great piece of art regardless.