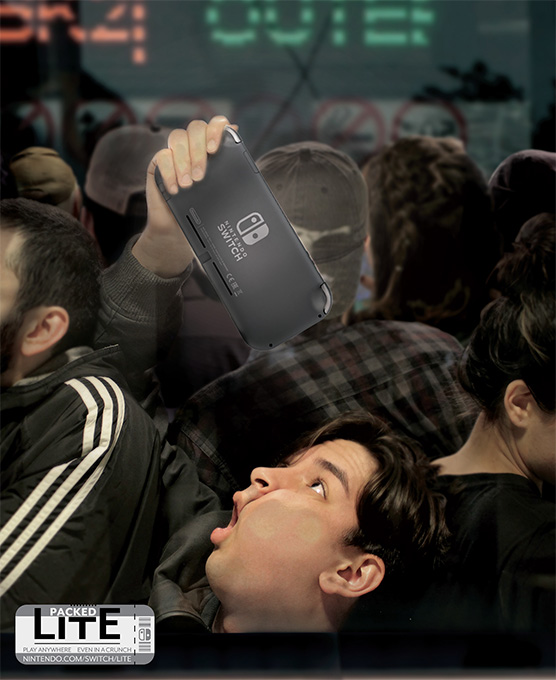 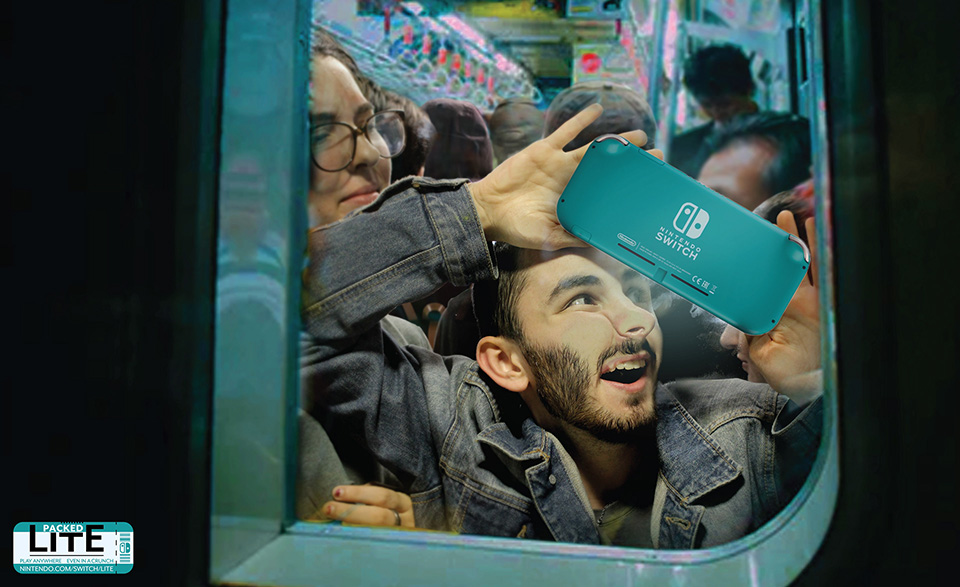 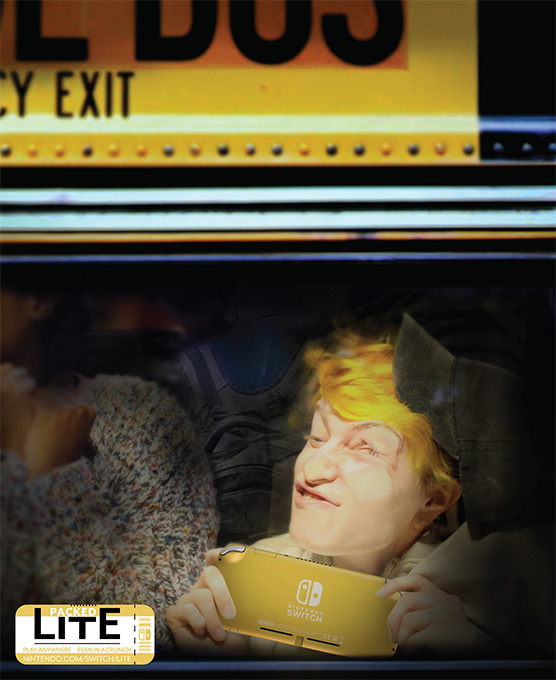 The assignment was to create a campaign for Nintendo Switch Lite that promotes the general sale of the product, capitalizing on its niche attributes.

When concepting a campaign for the Nintendo Switch Lite, I wanted to find a way to visually communicate numerous product benefits and attributes in a comedic way. The device is the perfect gaming platform to play on-the-go, thus I used public transit for the setting of the imagery.

This rendition of the Nintendo Switch is the "Lite" variant, most notable for how compact and slim it is. Since there are horror stories of people being in overcrowded in public transit, what better way to visually communicate its compact nature than by overcrowding these public transit scenes to the max, where the model playing is pressed up against the glass?

By the nature of these visual elements, the visual scenes became comedic and even more visually interesting by the model faces being pressed up against the glass. Regardless of how pressing your on-the-go gaming situations may become, the Nintendo Switch Lite is fun to play, as seen by their facial reactions.

The project was a complete success in my class, achieving the final grade of an A. My professors and peers were delighted by the result of this campaign, reporting it to be, "visually interesting and hilarious."