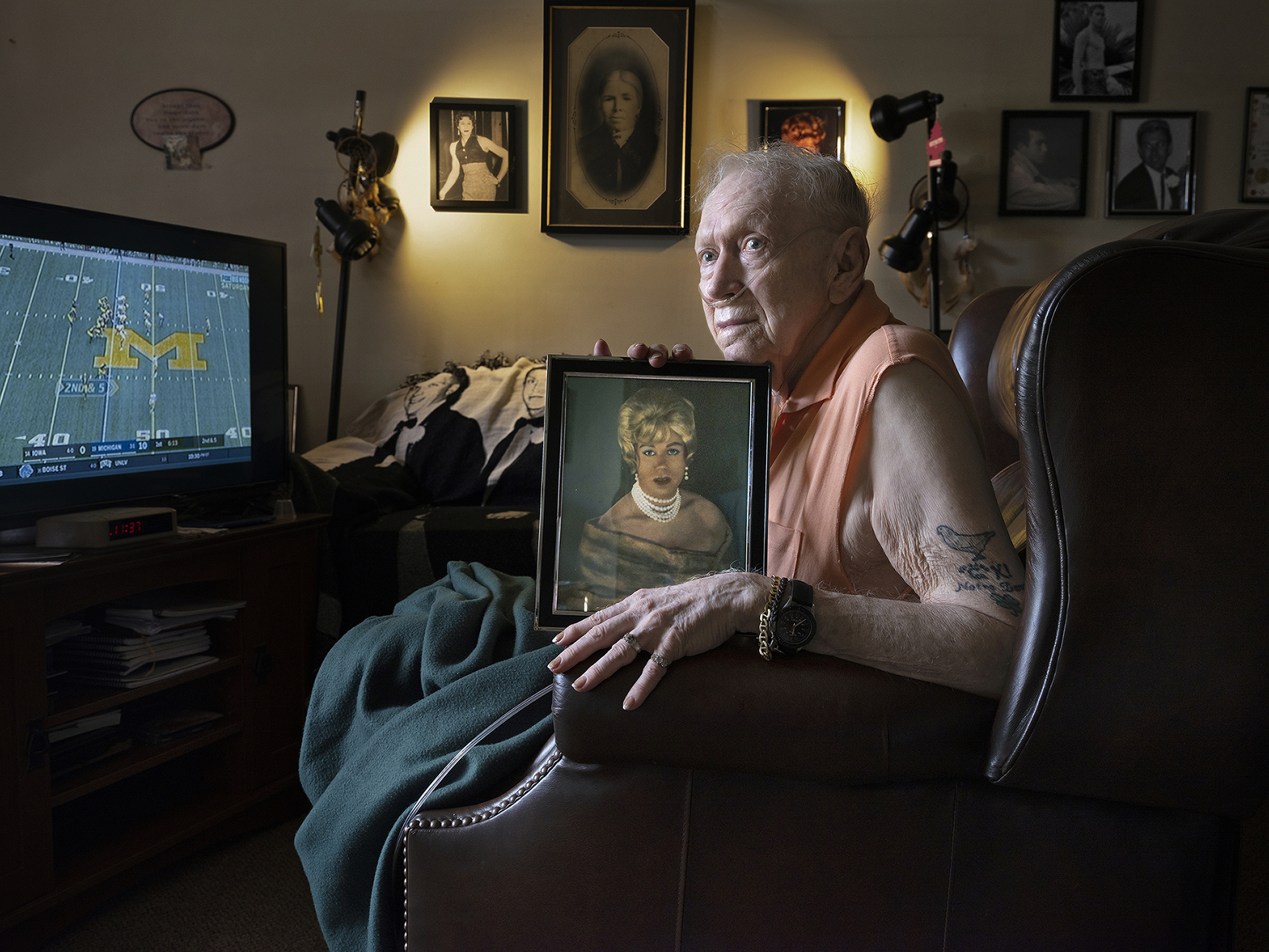 As a documentary filmmaker, I wanted to capture the essence of Gene/Miss Gina Dawson's story in a single frame. In the photograph, an 88 year-old Gene holds a photo of himself as a young Miss Gina.

I usually photograph strangers, but in the case of Gene*, I had the opportunity to get to know my subject while making a documentary about his life. During our time together, Gene shared many stories, both on camera and off. He told of the struggles, and sometimes thrills, of living between worlds as a trans woman in the 1940s and 50s.

I wanted to make a portrait of Gene that would reflect his fortitude – in his lifelong fight for equality and in the face of a terminal illness. The light, the color, the drapery across Gene's lap, and the formality of the pose are inspired by the paintings of the Old Masters.

The photograph is currently published in Gene's self-published memoir, "Farm Boy, City Girl." Gene passed away in September, but his portrait will live on as a part of LGBTQ history.

*I use "Gene" because Gene identified as mostly male to family and friends at the end of his life.