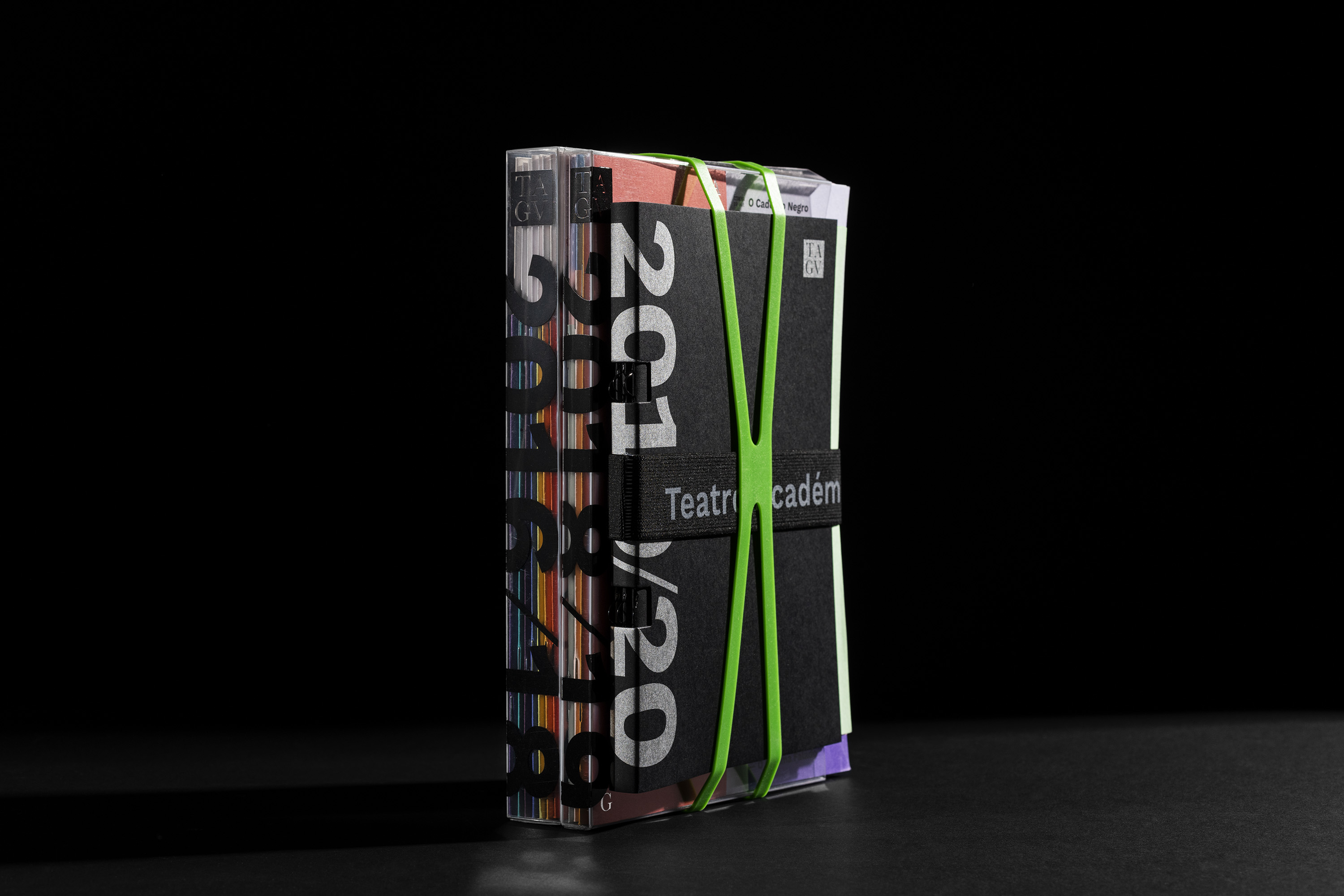 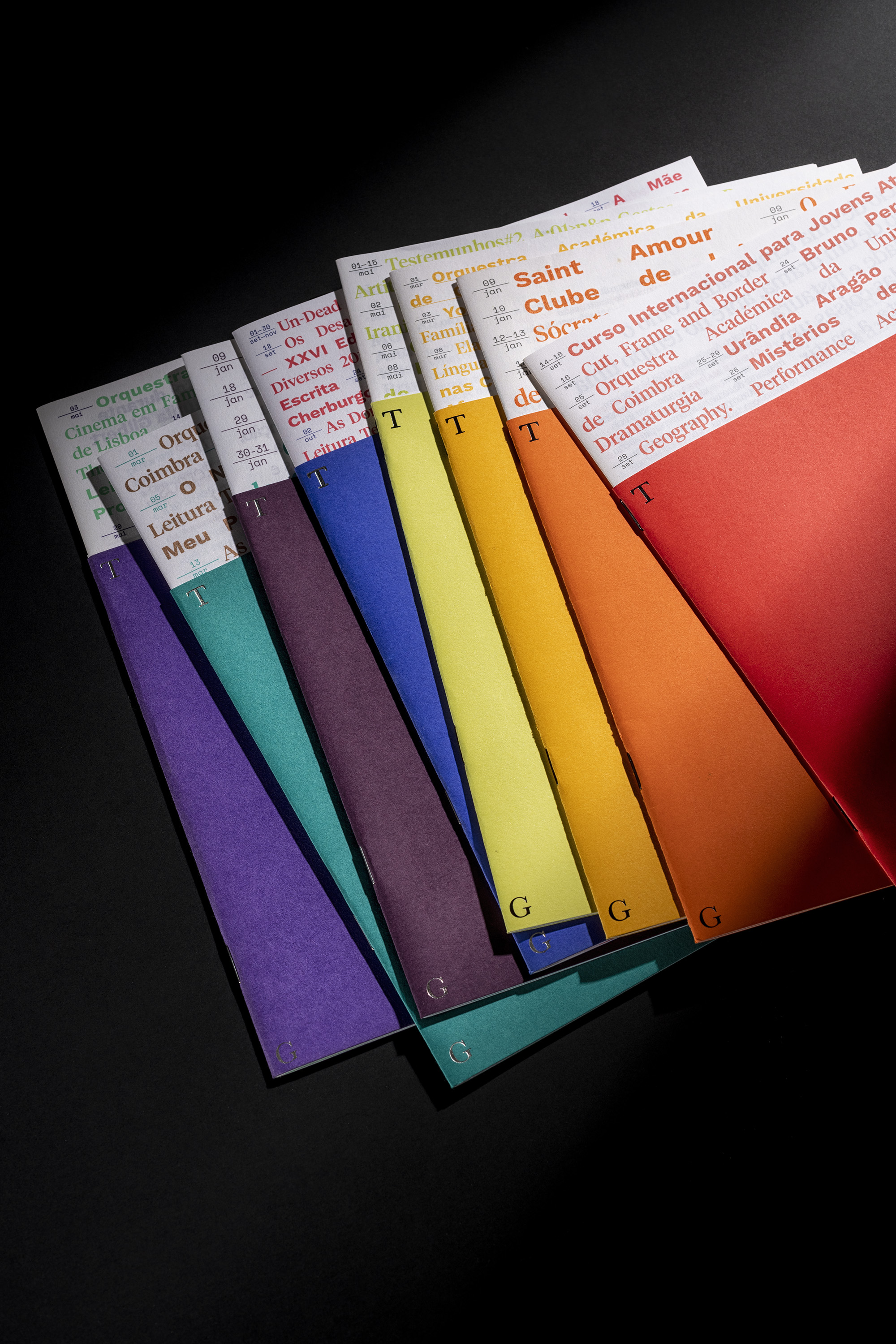 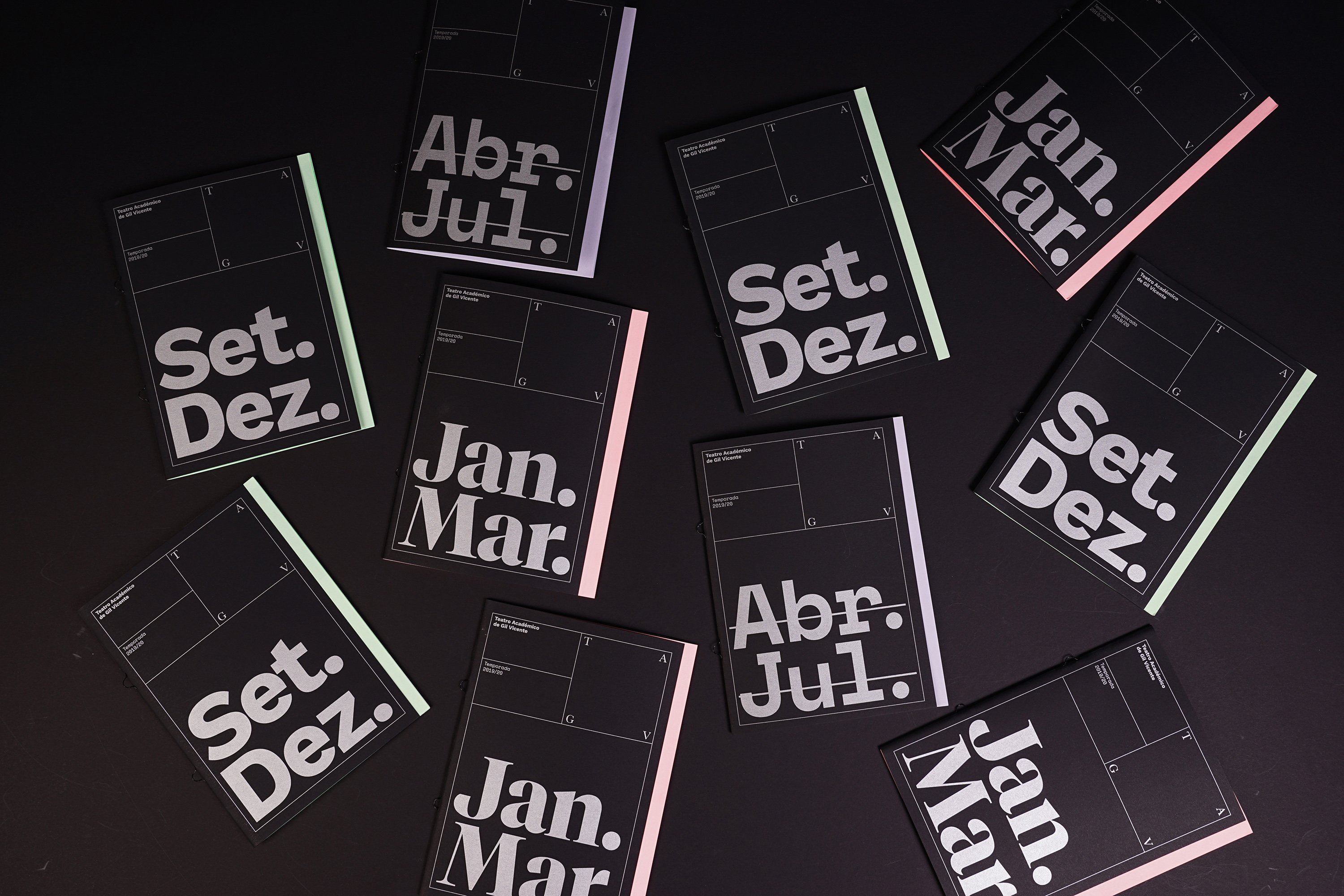 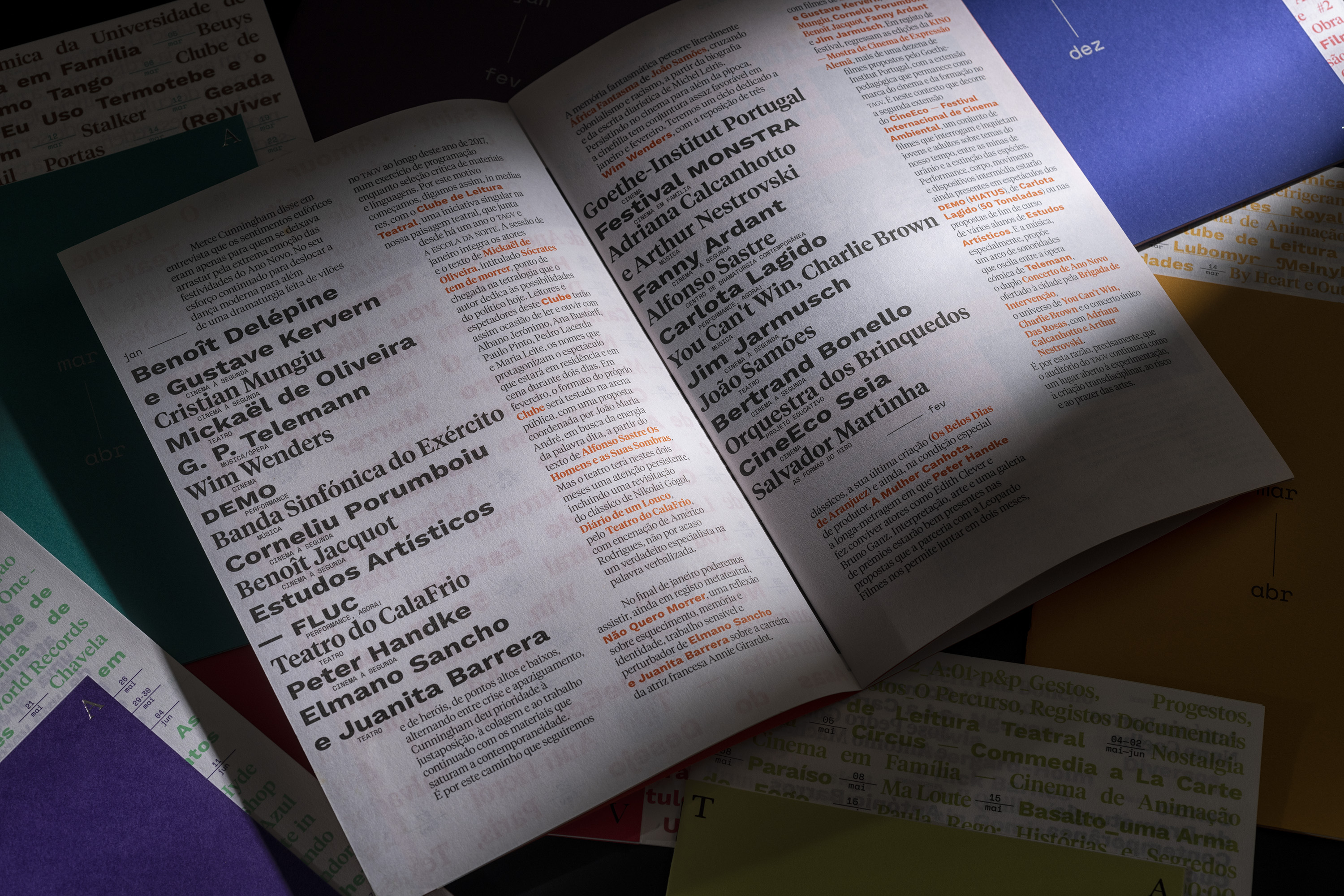 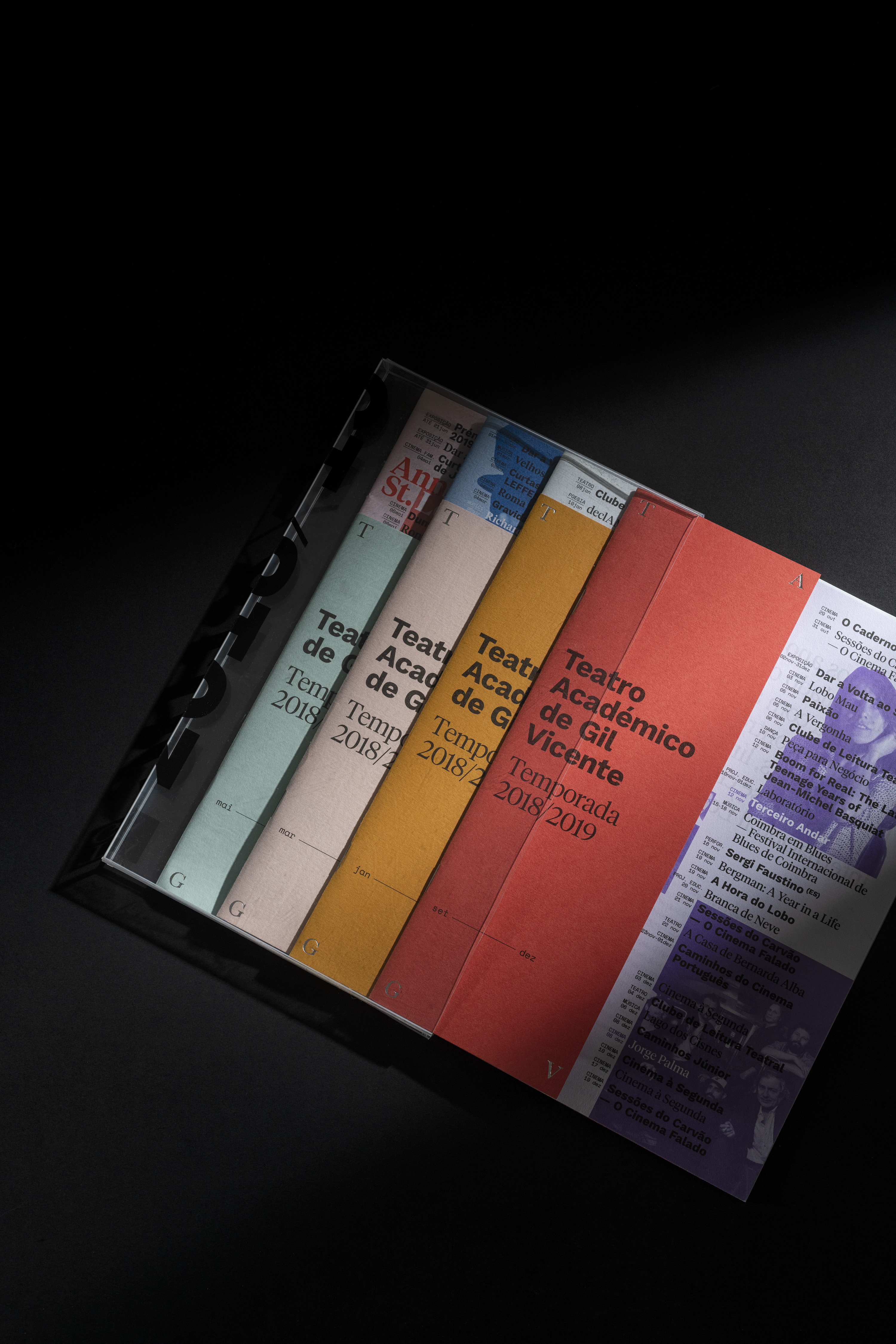 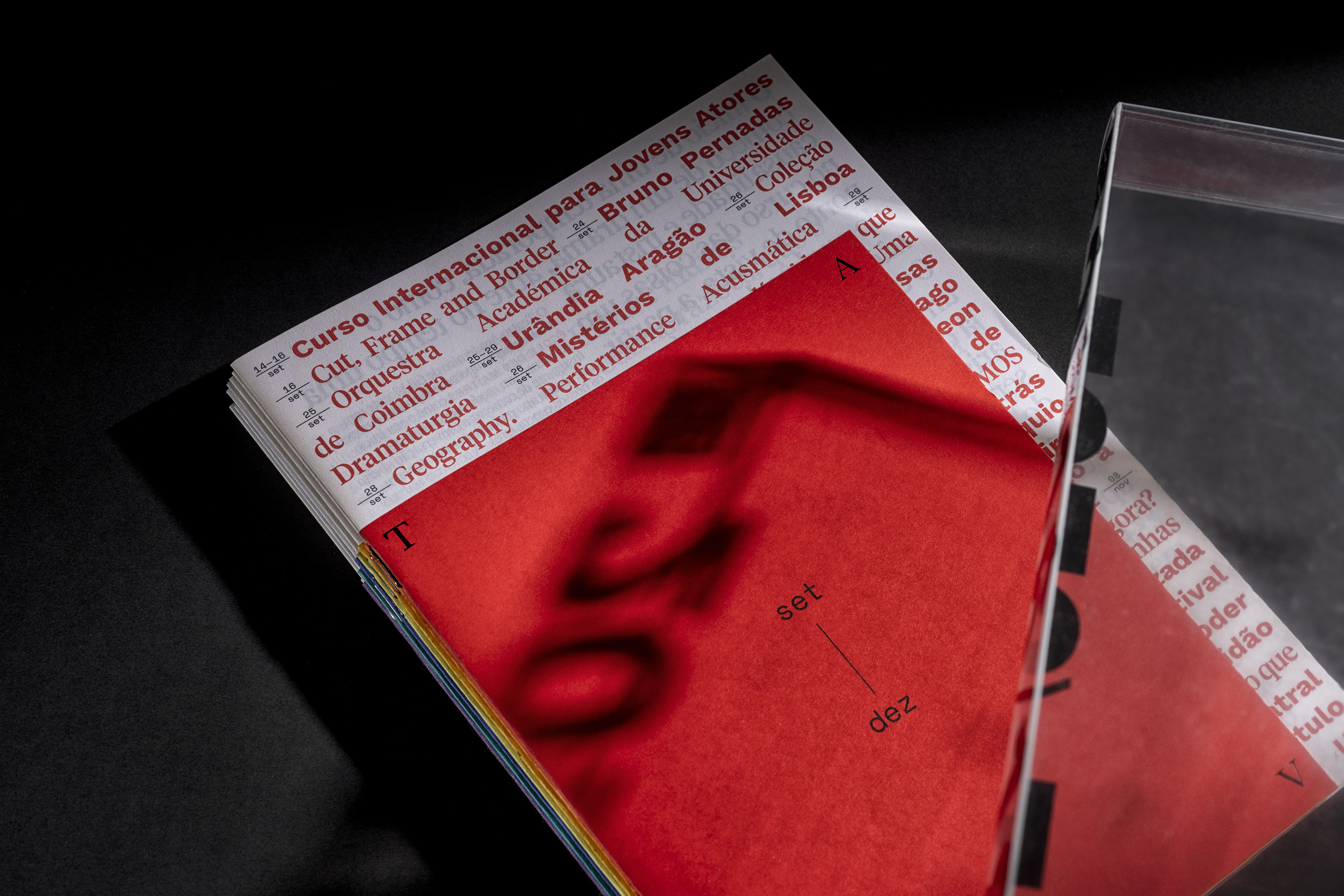 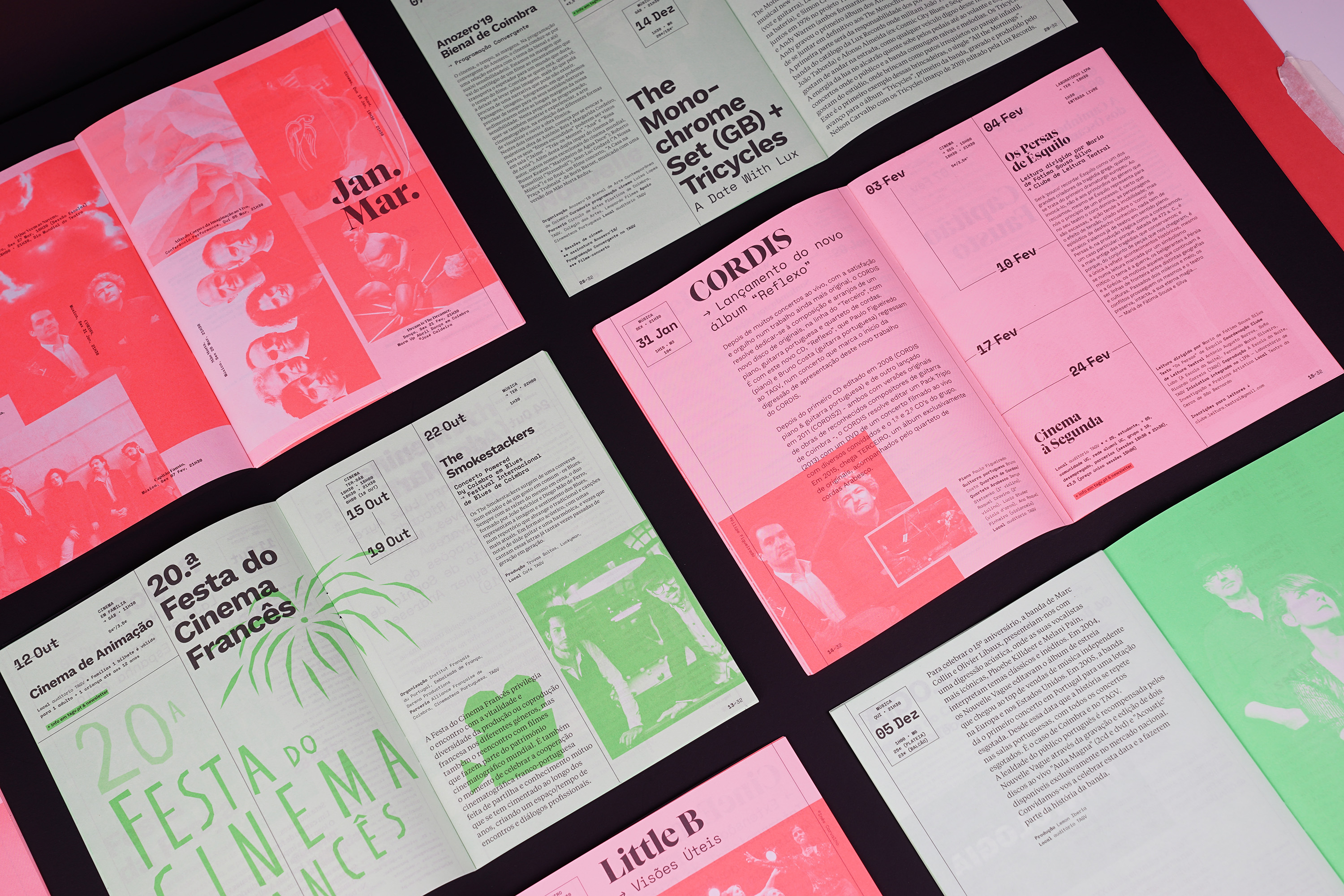 TAGV wanted to have a fresh new look on their cultural offer brochure. With a previous branding universe based on black and a 4colours pamphlet, the theatre wanted a more vibrant and unique design and finishing for the next years. The restriction: a very limited budget to a considerable print run of 5.000 units for each trimester. The problem: the lack of good photos to support the events. The solution: A typographic design solution based on a trio-type pairing interplay and a colorful paper universe for the covers.

The budget restriction got us with a 2 color offset process for each brochure on a 70g cheap paper, generating always unpredictable compositions from the transparency. The imagery problem led to a typographic design system that had 3 interactions over the years gathered into 3 different slipcases. The selection of colored papers and inks became a feature that later on made an object on its own. With the first 3 Seasons based upon color explosion, the 4th season is built upon black sustaining the color. Coimbra is known for the black academic capes (think Harry Potter supposedly was inspired by it). Black is everything for the city, so color had a very special role in the design concept of the piece: All colors make black and the interplay between color (16’—18’) and ultra black (19’—20’) that contains the fluorescent color bursting when opened is the key for the last object.