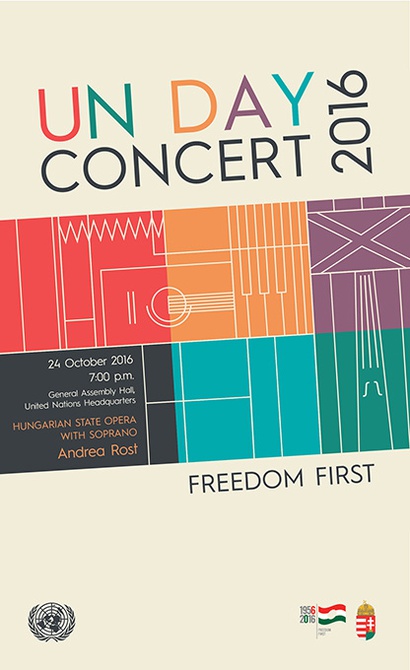 2016 UN Day Concert was held on Monday, 24 October 2016 in the General Assembly Hall at United Nations Headquarters in New York and featured the Hungarian State Opera. The programme included classical music as well as music from Australia, Denmark, Hungary, Republic of Korea and other countries. The theme of this year’s concert, sponsored by the Permanent Mission of Hungary to the United Nations, was “Freedom First”.

The idea was to show the global nature of the concert while depicting flags using minimalistic shapes and colors to avoid highlighting any specific member states. The UN Day Concert is a concert for all people and cultures.

In the design, lines and shapes commonly used in flags had musical elements integrated throughout.