We have a dream 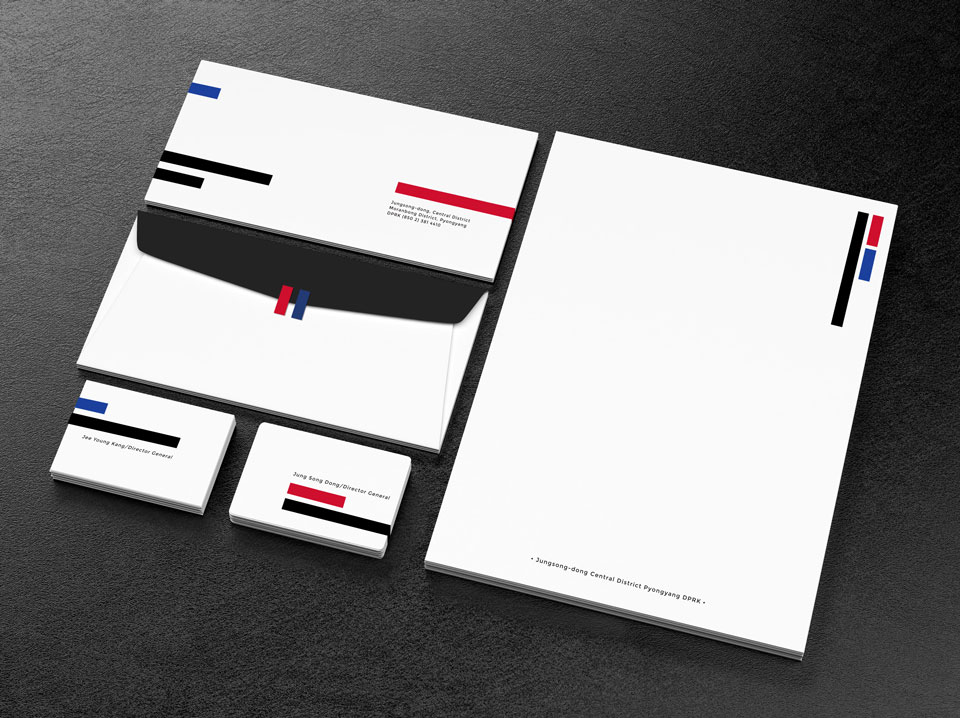 Title
We have a dream

The project was given by Korean government to remind unfortunate political situation of North and South Korea.

In order to emphasize the reunification of the North and South Korea someday, a designer herself played around with the Korean flag elements in a minimal and subtle way to express the sorrow and sadness of each nation's citizens. Also, As putting the black bar right next to the red and blue bar, it also conveys the continuous relationship between the North and South Korea for future generation.

Lots of South Koreans were impressed by its sophisticated and subtle way of Korean flag reinterpretation using letterhead design. However, it also reminds the fact that only the South Koreans can send this letterhead to North Koreans. Overall, it was a good exercise to think of both country's current unfortunate relationship.