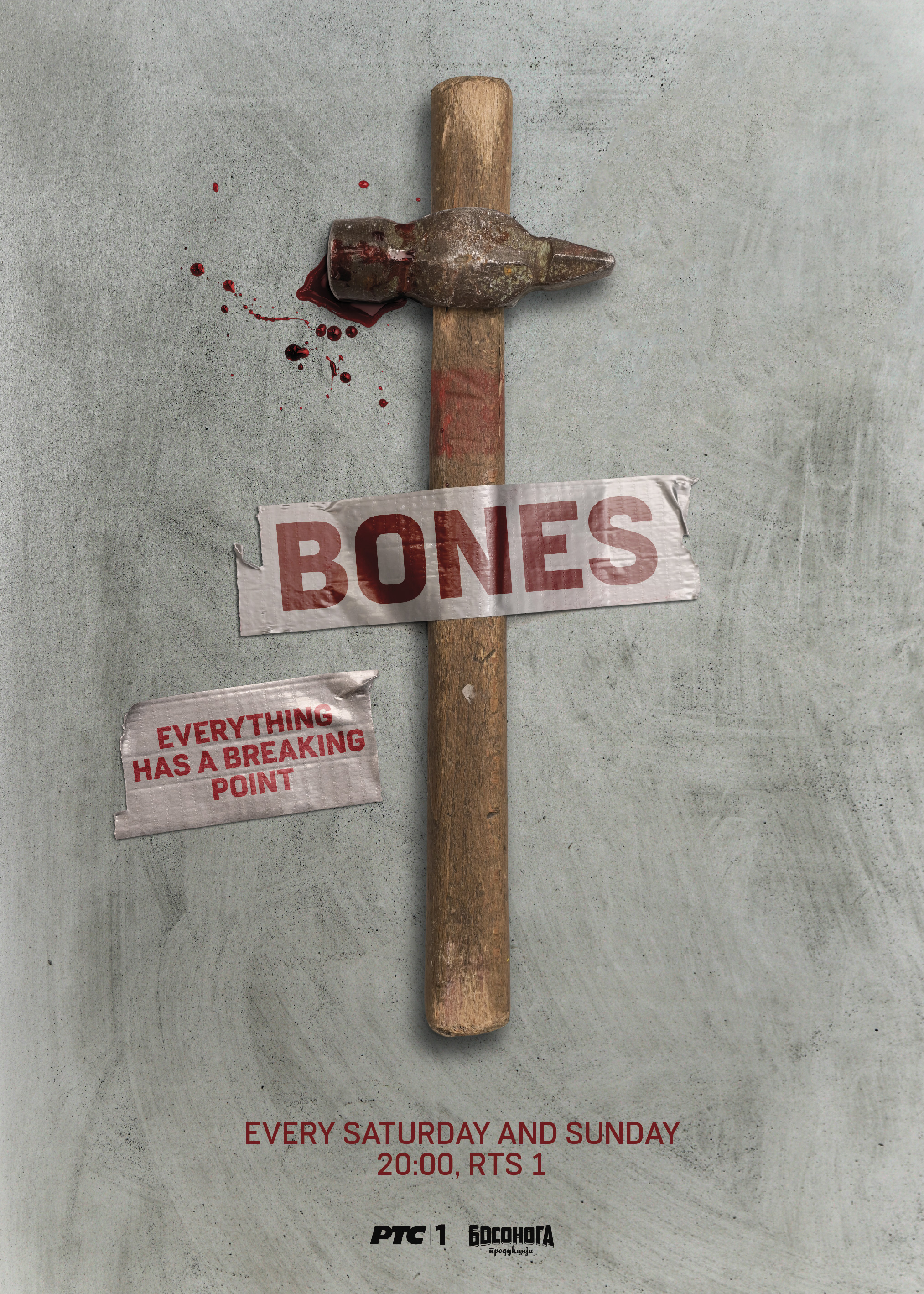 “Bones” is a dark drama thriller, consisting of 10 (45 minute) episodes. It is the second part of the Flesh - Bones - Skin trilogy that tells the story of people living in post-war chaos, a system in which family, social and cultural values are completely destroyed.

The plot follows the lives of two individuals who, at first glance, are connected only by their name – Kosta (Bone). While Kosta Govorusa, a refugee from Croatia, is trying to survive by painting houses, Kosta Gajic is peacefully building a political career. But they are both tormented by war trauma and pushed to a breaking point by the gruesome reality.

The task was to create a poster which would represent the dark atmosphere of the show with only a hunch of the plot.

The main motive of the poster is the hammer Kosta Govorusa uses to avenge the rape of his sister by the local business man. That murder is both his personal breaking point and the point which propels the action of the show. The hammer was modified so it looks like a cross and that is the symbol of spiritual healing which the main characters pass as the show progresses.

The client was so happy with the end result that they decided to use this poster as the key visual for the show on all other channels (ooh, digital, etc). The show ended up to be one of the most critically acclaimed and viewed shows both in Serbia and Bosnia and Herzegovina.