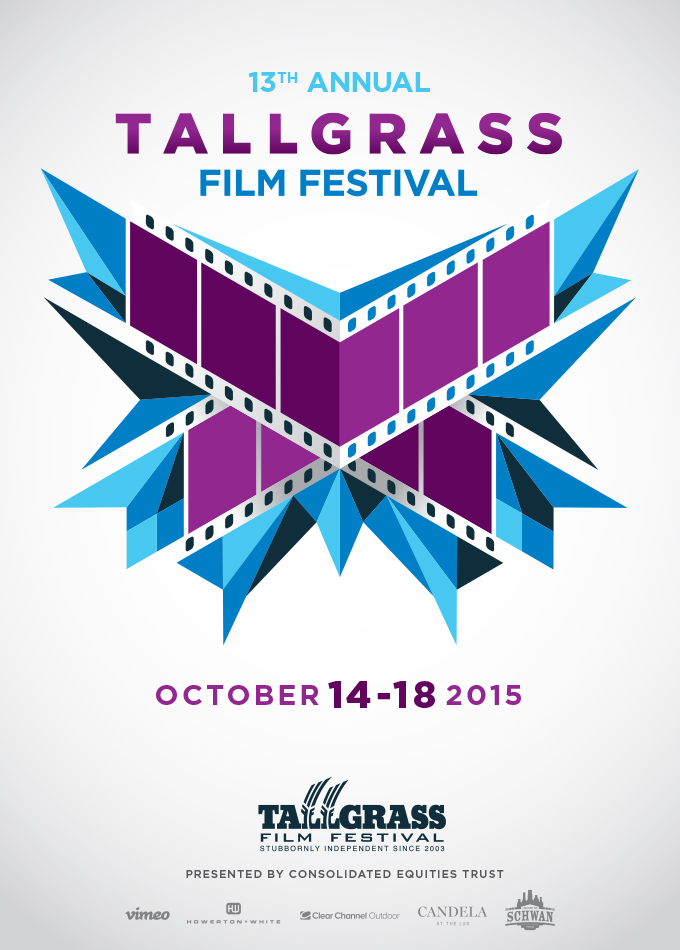 Rather than a concept based on a movie theme or movie genre, as in previous years, the Tallgrass Film Festival's staff requested a visual theme only — a single primary image that would capture the spirit of the independent film festival.

Howerton+White created a visual design that integrates a butterfly shape with traditional film strips. The butterfly image is a recognized symbol for freedom and beauty, signaling the film festival's mission and "stubbornly independent" tagline. Cool tones against a white background were chosen so the image would effectively translate to digital media, signage and other promotional materials.

In 2015, more than 15,000 attended the 13th annual Tallgrass Film Fetsival which showcased 203 films from 35 countries and hosted more than 85 filmmakers from across North America and the region. The festival was named one of MovieMaker Magazine's "Top 50 Festivals Worth the Entry Fee" in 2015, and Flavorwire counted it as among the "Best Under The Radar Film Festivals" in North America.