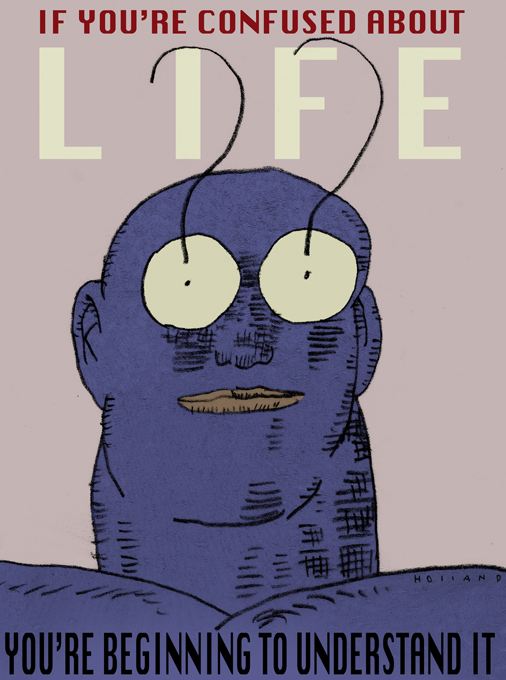 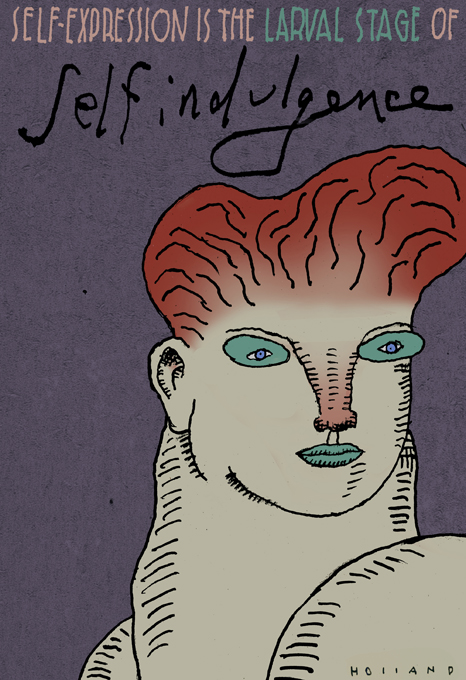 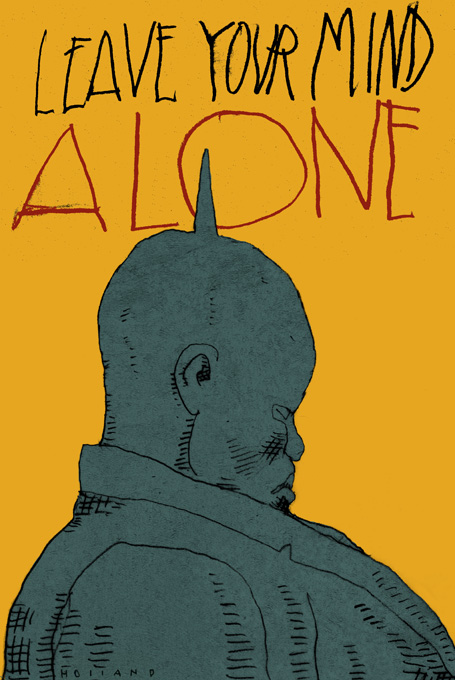 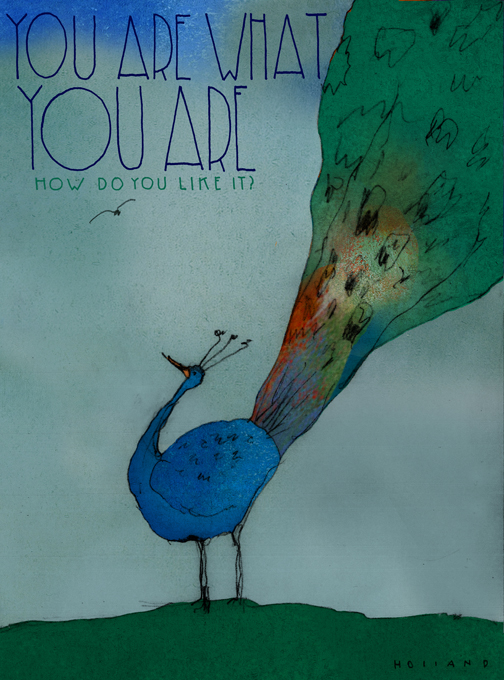 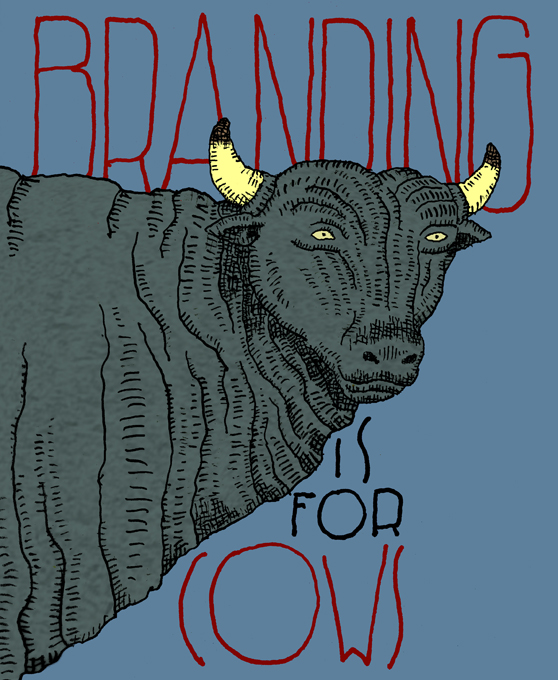 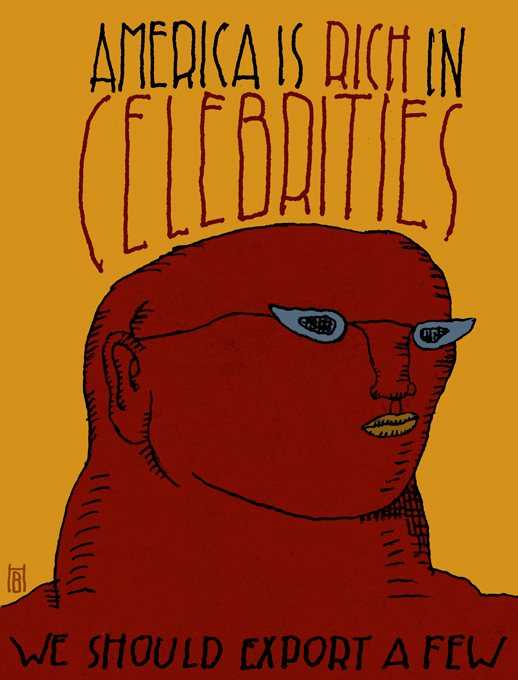 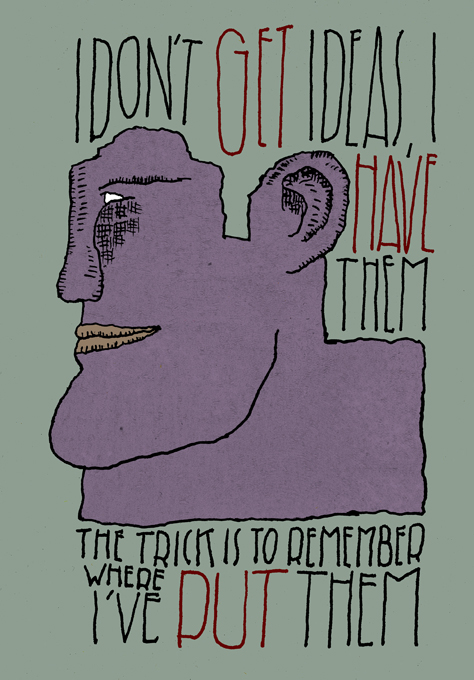 These images are part of a self-commissioned series conceived as social commentary using quotations from articles I've written; and created as self-promotion for use on my website, social media and blog: Poor Bradford's Almanac.

The first several pictures I did in pastel with lettering added. But after that, I concluded that I needed to adopt a linear and more colloquial drawing style to match my handwriting and printing. The fact that the quotes are generally irreverent led me to self-mock them by calling them Wise Sayings.

On a practical level, the ongoing series has led various clients to request similar art and hand lettering. But the project has been satisfying on a personal level as well. In 1967 I did my first freelance assignment for the premier issue of Herb Lubalin's Avant Garde. After that, Herb suggested that I might consider doing a portfolio of drawings illustrating famous quotations to be published in a subsequent issue. The idea was to pair my black and white drawings with his own elegant typography.

At the time, however, I wasn't keen on illustrating a lot of grandiloquent quotes and the ones I tried to contrive on my own always sounded forced. So as a result, the project never came off. Yet the idea came back to me a few years ago when I found that quotations of mine were popping up on websites such as Brainy Quotes. The style I've evolved for the art is, of course, different from what I would have done back then – and the quotations and lettering are mine and less noble – but that only makes the series more personal. In the end, I'm grateful to Herb Lubalin for putting the idea in my head all those years ago, even if it took me decades to mature enough to treat it casually.