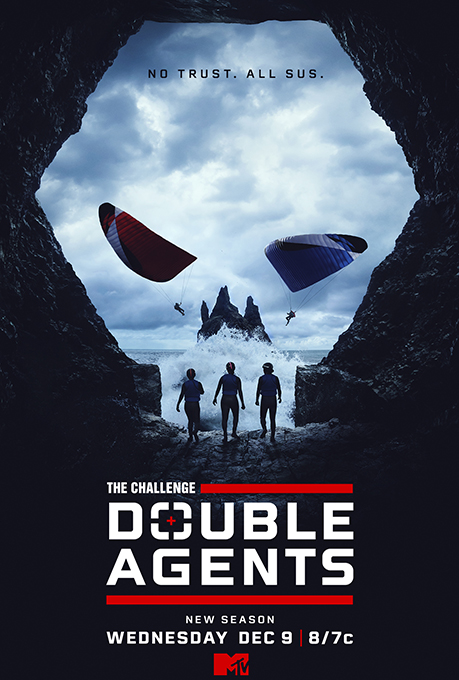 The client wanted to create a conceptual, attention grabbing piece for the MTV legacy series, The Challenge: Double Agents, that was clean, sleek and sexy. Being the 36th season, they wanted a visual look that would differentiate it from the other seasons, while still capitalizing on the equity built in the brand.

We focused on finding ways to highlight the season’s shift from fighting out in the open, to scheming in the shadows. In addition to the competition and action aspects central to the franchise, there were three differentiating factors to this season that we were able to tap into for this: the themes of secrets, spies and espionage, the location in a frigid arctic island of Iceland, and the iconography of the elimination skull. Using aspects of the landscape and competition elements to create a graphic representation of the skull used in the show, allowed us to bring these elements together in an iconic way to not only alert existing fans, but create curiosity for new viewers to check it out.

The client was thrilled with our approach’s use of existing assets and icons to tell the story of the season in a conceptual way, while simulaneously bringing in the action that is key to selling their franchise.