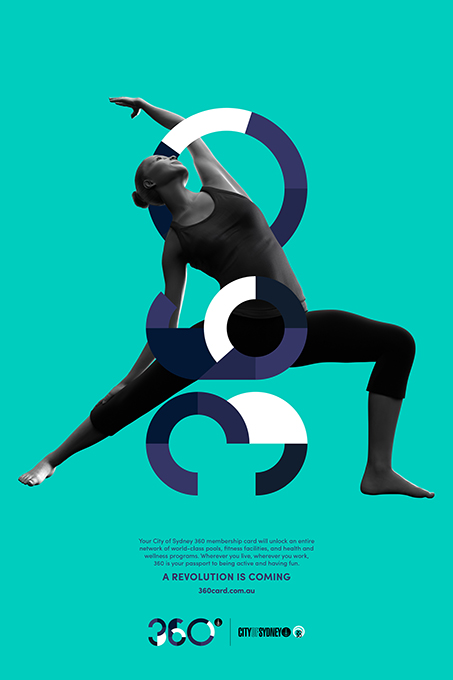 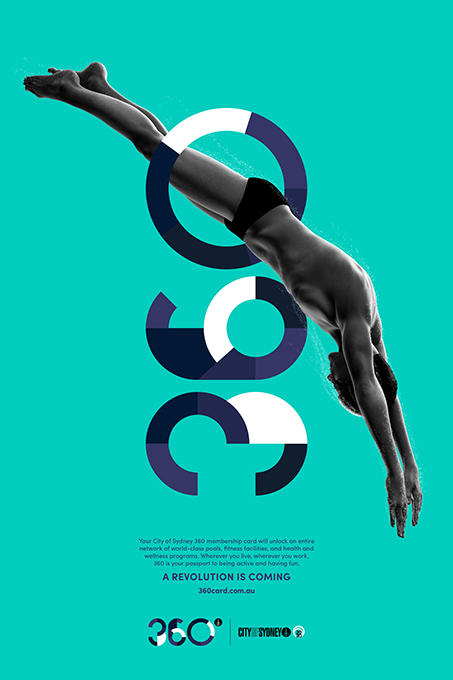 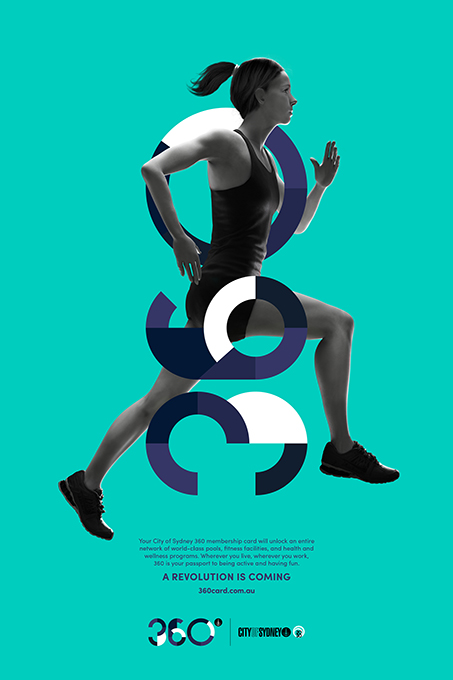 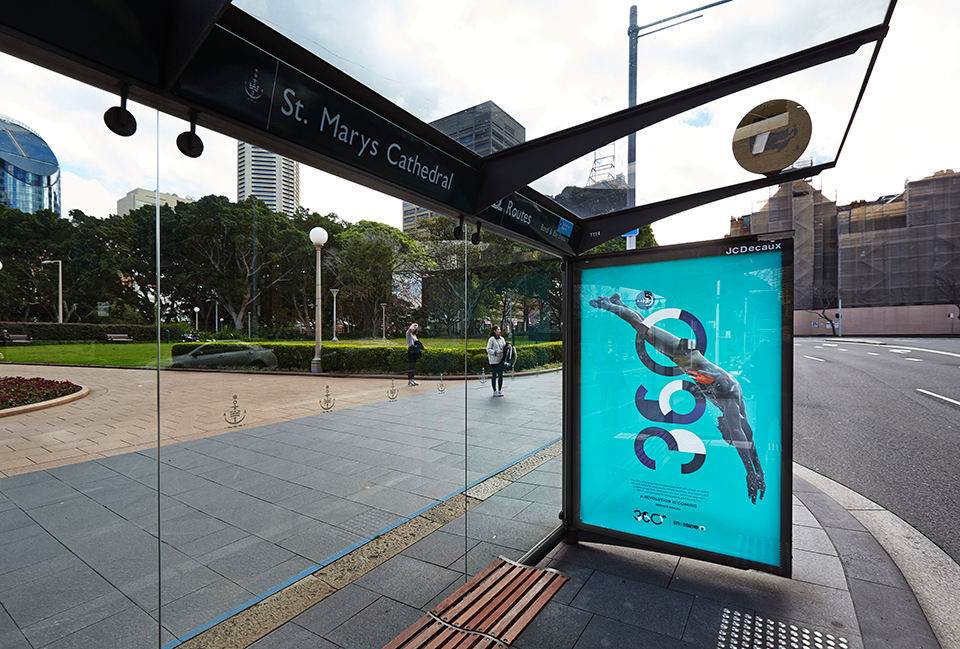 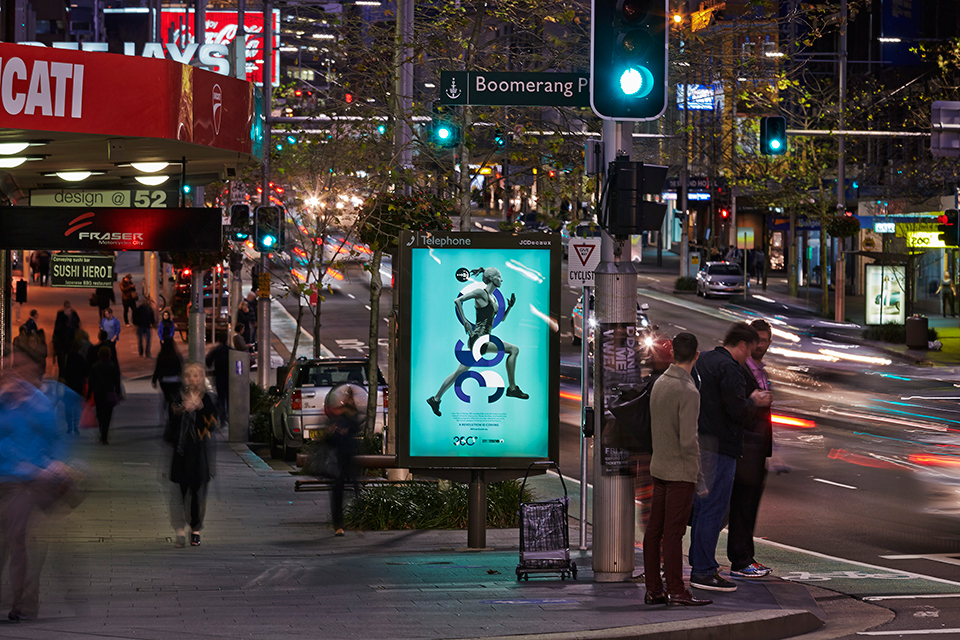 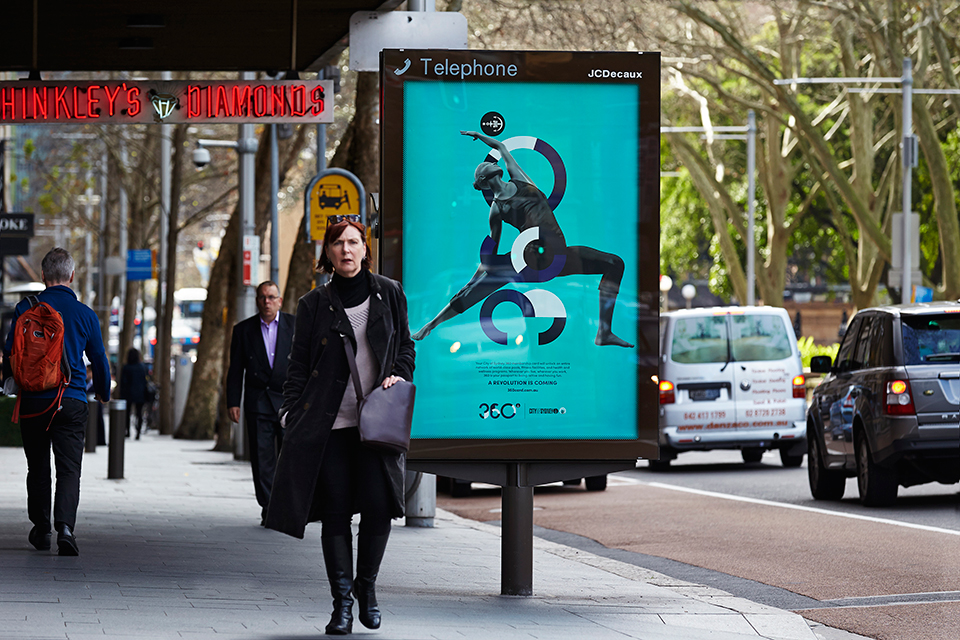 The City of Sydney is a Local Government Authority, which operates five truly beautiful and world-class pools, with attached fitness centres: Boy Charlton, Ian Thorpe, Victoria Park, Cook & Philip, and Prince Alfred Park. Previously, each facility sold their memberships independently and being a member of one did not provide members with access to any of the other facilities run by the City of Sydney.

Frost* Design, part of Frost*collective, was engaged to develop the brand for the club membership, including application of the brand across a suite of consumer touch points and communications material.

1. Awareness of the new membership offer
2. Through awareness and the existing membership base at each facility, create an alluring brand that would engage the Sydney community and ultimately make this membership program the number one option for fitness in the city

Residents of the City of Sydney and people who work in the central business district and inner-city suburbs.

These people are urban, educated and comparatively fit and healthy already. Many are born overseas. Many speak other languages. It is arguably Sydney’s most sophisticated audience and they like what all modern urbanites like: funk, soul, purpose, flavour, and authenticity.

• Office workers located in the LGA. Age – 25-40+
• Residents / families with children (according the last 2011 Household Survey the LGA is home to around 185,000+ residents).
• Students who attend educational facilities in and around the LGA

The posters were created as the first stage of awareness for the new membership. They were intended to introduce the membership to the market and were the first time the new brand had been seen outside of the pools.

The idea behind the execution was to hero the membership name “360” to create interest. As a part of the brand system, Frost* Design and the City of Sydney also created a suite of “3D models” for hero imagery. These images were designed to show the diverse offering of activities within the facilities (pools, gyms and classes - represented respectively by a swimmer, an athlete and a yogi) and the finishing of the models was used to demonstrate the heroic/emotive and inspiring tone of the brand.

The brand clearly resonates with people and the overall response and feedback has been positive. Given the limited resources of the client, the strong creative has clearly helped 360 to punch well above its weight and position the brand as something people want to be a part of.

The design has created an aspirational brand that has contributed to its appeal and success and to date, 360card.com.au has had 3029 visitors of which 2278 subscribed for more info by sharing their personal details with the client proving to be a strong result for such a limited marketing campaign.

The campaign was launched on the 13th January 2015 for a period of 6 weeks.

The key objective to the campaign and roll out of the new brand from a marketing perspective was to secure an increase in PRO memberships. This was the most expensive membership and generates the most ROI. 360 is essentially a market segmentation strategy, targeting two different price points in the market. ACTIVE sales usually peak around February and March when University and TAFE students begin or return to city campuses. These sales figures will provide a better indication of demand for this product.

PRO
Access to all five aquatic centres across the city. As well as entry into the pools and have access to adjoining fitness facilities at no extra cost.

ACTIVE
Access to the city's three outdoor pools and their range of fitness programs at no extra cost.

All 3 products preformed extremely well with PRO out preforming ACTIVE and GO.

There was an increase of 157% in sales of PRO memberships during the month of January in 2015 compared to same period in 2014. This has been seen as a great success by the client given the launch was after the traditional spring period where most people purchase new fitness memberships.

Compared to the same period in 2014 there was over a 50% membership retention rate.

These figures highlight the popularity of the new product. Customers don’t want to forgo the flexibility of being able to move around. If this figure is explained over the year this will equate to significant gains in revenue as members stay longer.

There has been an 8% decrease in Active sales across the three outdoor sites compared to same period last year, which is indicative of the popularity of PRO and the desire for the ability to move around all sites under a single membership.

Additionally a 15% decrease in cancellations in January 2015 compared to same period last year, this again highlights the popularity of the new product and the simplicity of membership for customers who don’t want to forgo the flexibility of being able to move freely across various locations.

The results shared with Frost*collective by the City of Sydney provides genuine insights into the success of the 360 campaign and the design undertaken by Frost* Design, based on community engagement and sales data.