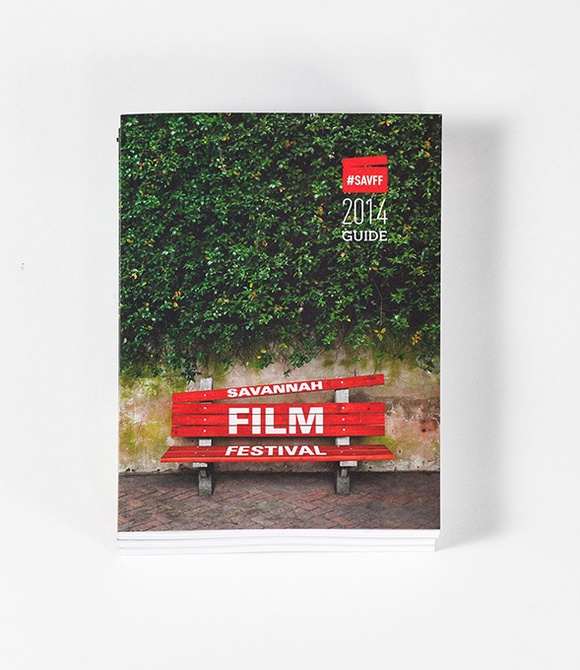 Bring international attention to the Savannah Film Festival through a creative advertising campaign and promotional materials. The eight-day event, hosted by the Savannah College of Art and Design, is the largest university film event in the U.S. and celebrates both award-winning professionals and emerging student filmmakers, drawing nearly 40,000 people to Savannah each year.

Integrate the clapper — the icon of the Savannah Film Festival since its inception 17 years ago — into Savannah’s historic downtown, where the event takes place.

Reimagined as a bench, the clapper provides the viewer with a front-row seat to the film festival and a sneak peek of the creativity that will be on display. The clever imagery also showcases the festival’s friendly ambiance in the Hostess City.

Savannah Film Festival 2014 sold more than 54,000 tickets and garnered the largest press corps in event history. “It is a promotional stop for Oscar contenders, a cherished spot for Hollywood luminaries and a casually joyous social experience for lovers of movies and the film-going experience,” wrote Sean O’Connell in his review for Cinema Blend. Online advertisements featuring campaign imagery generated more than 400 million impressions.