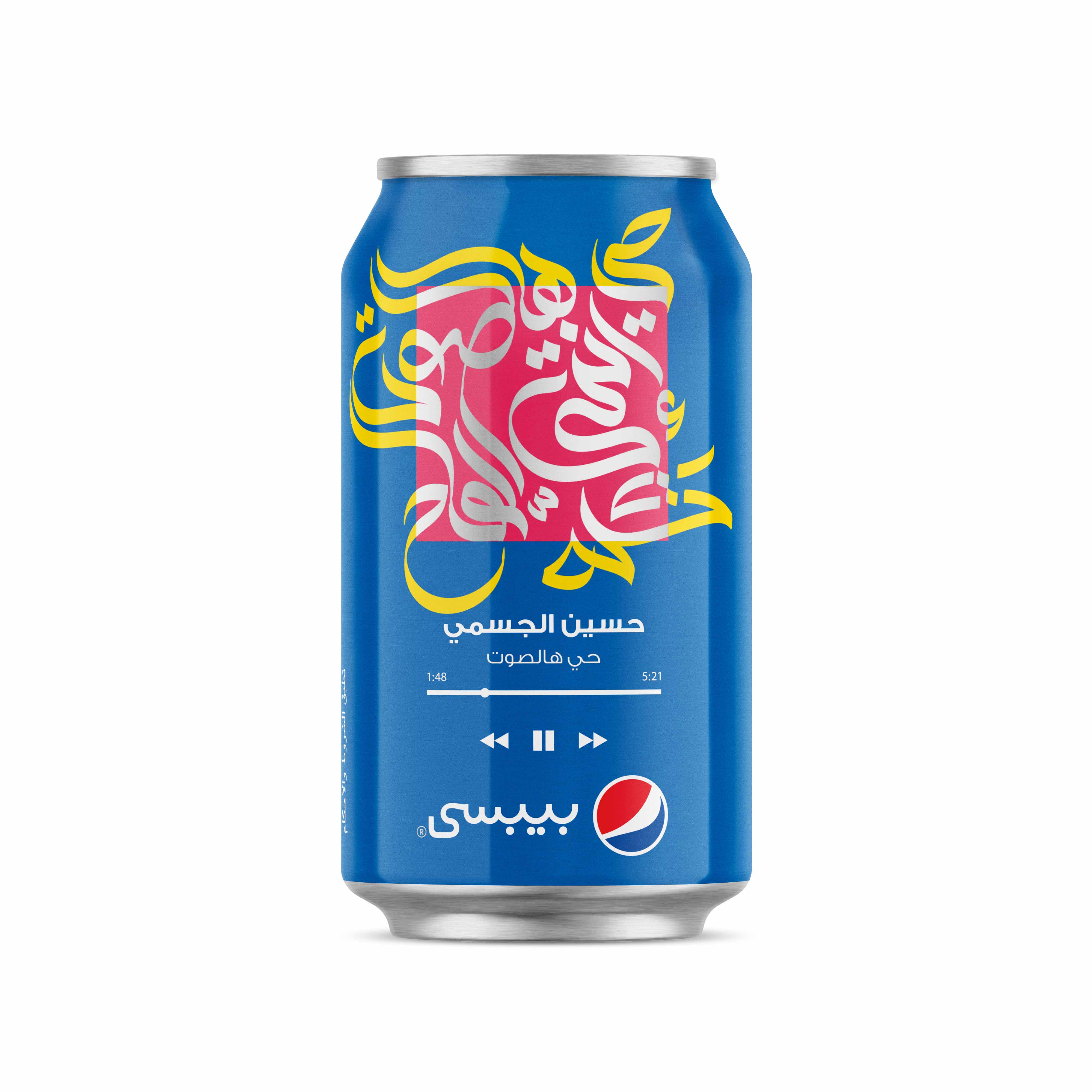 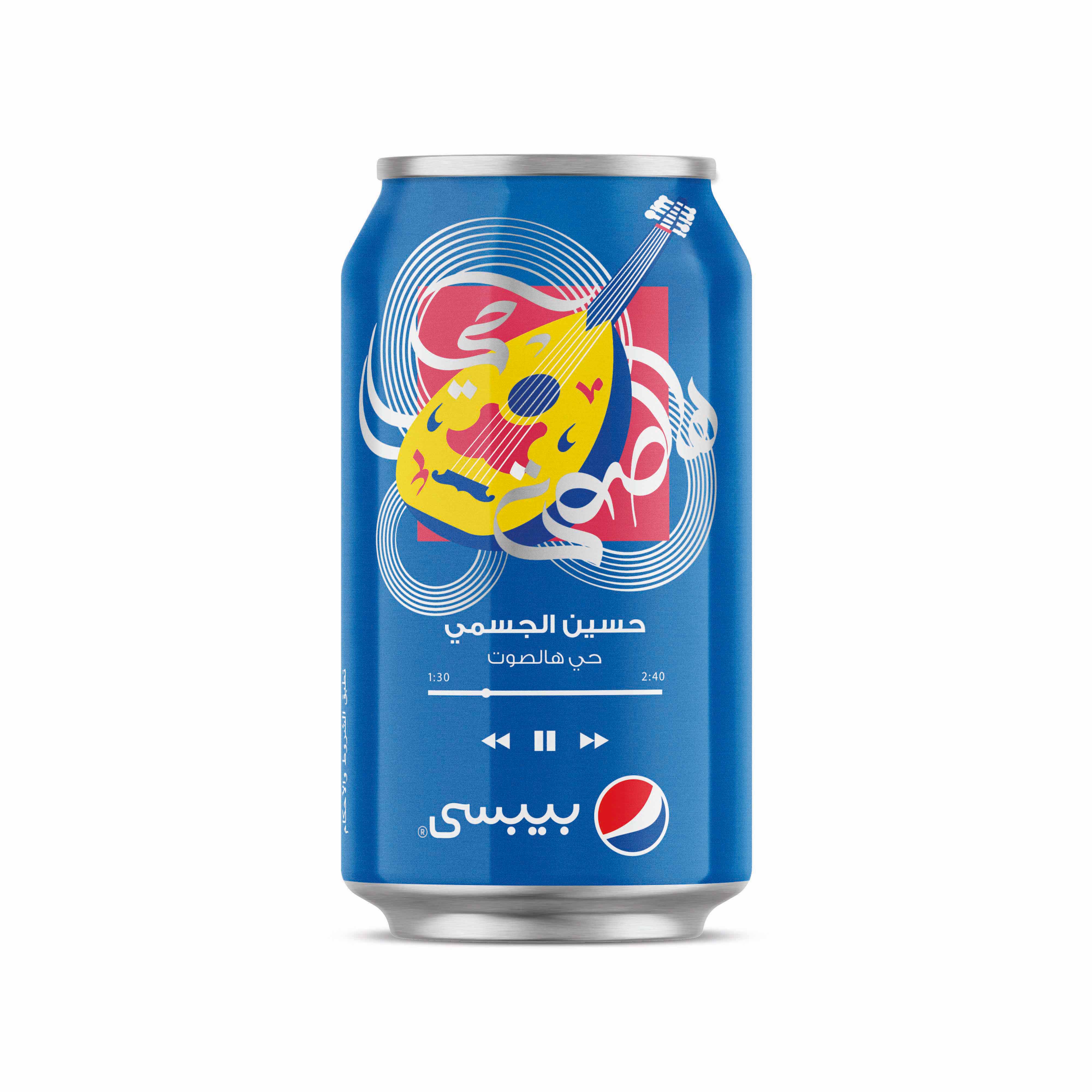 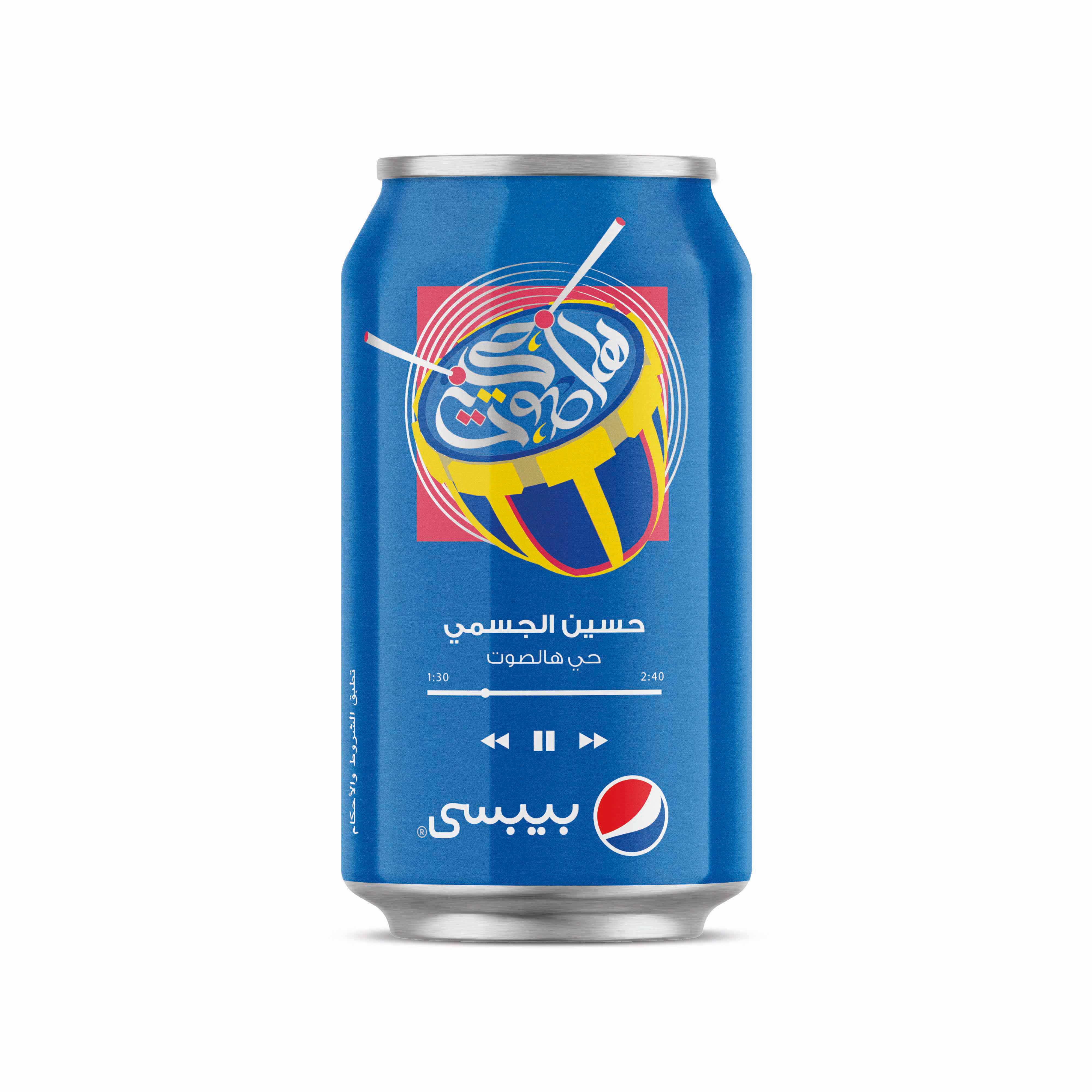 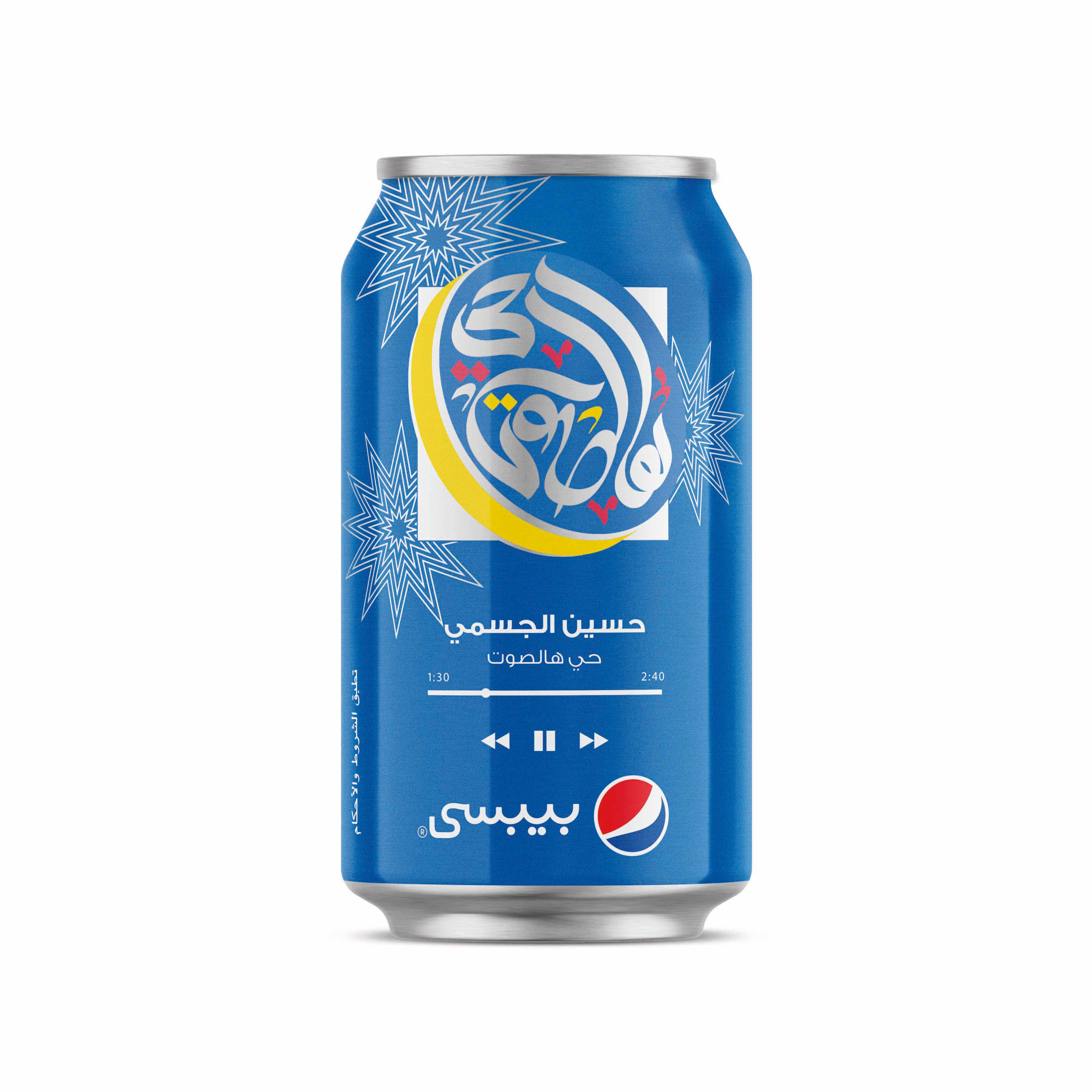 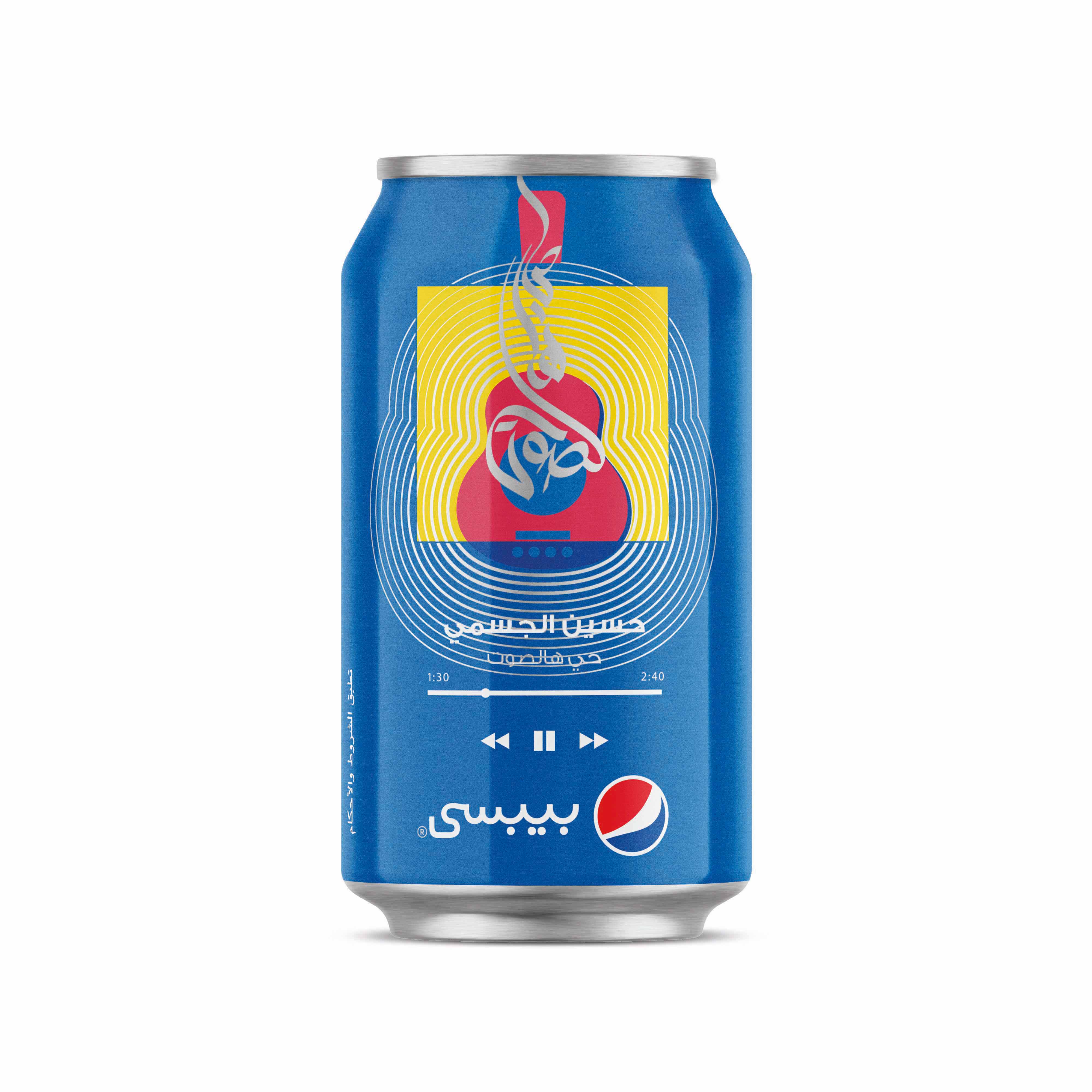 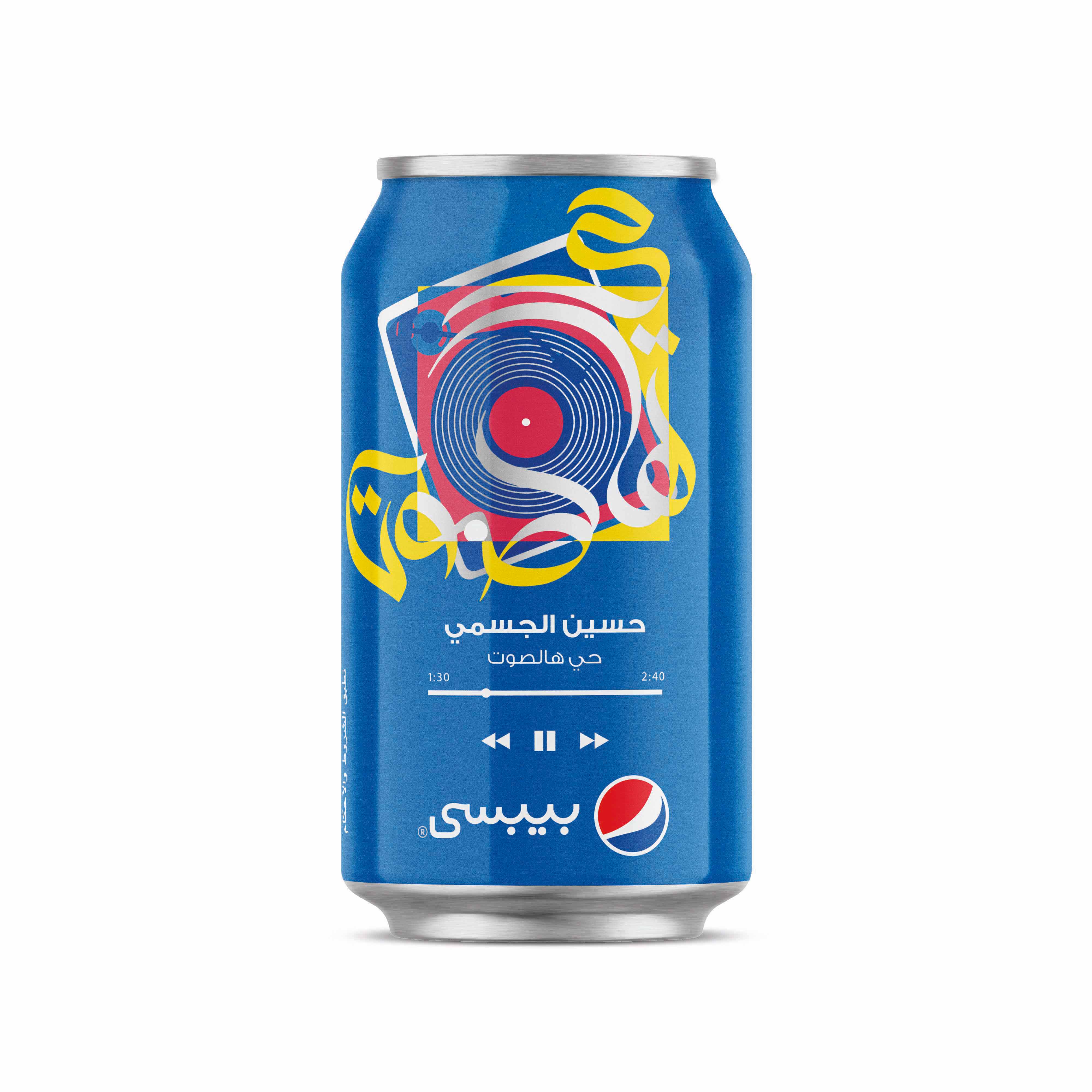 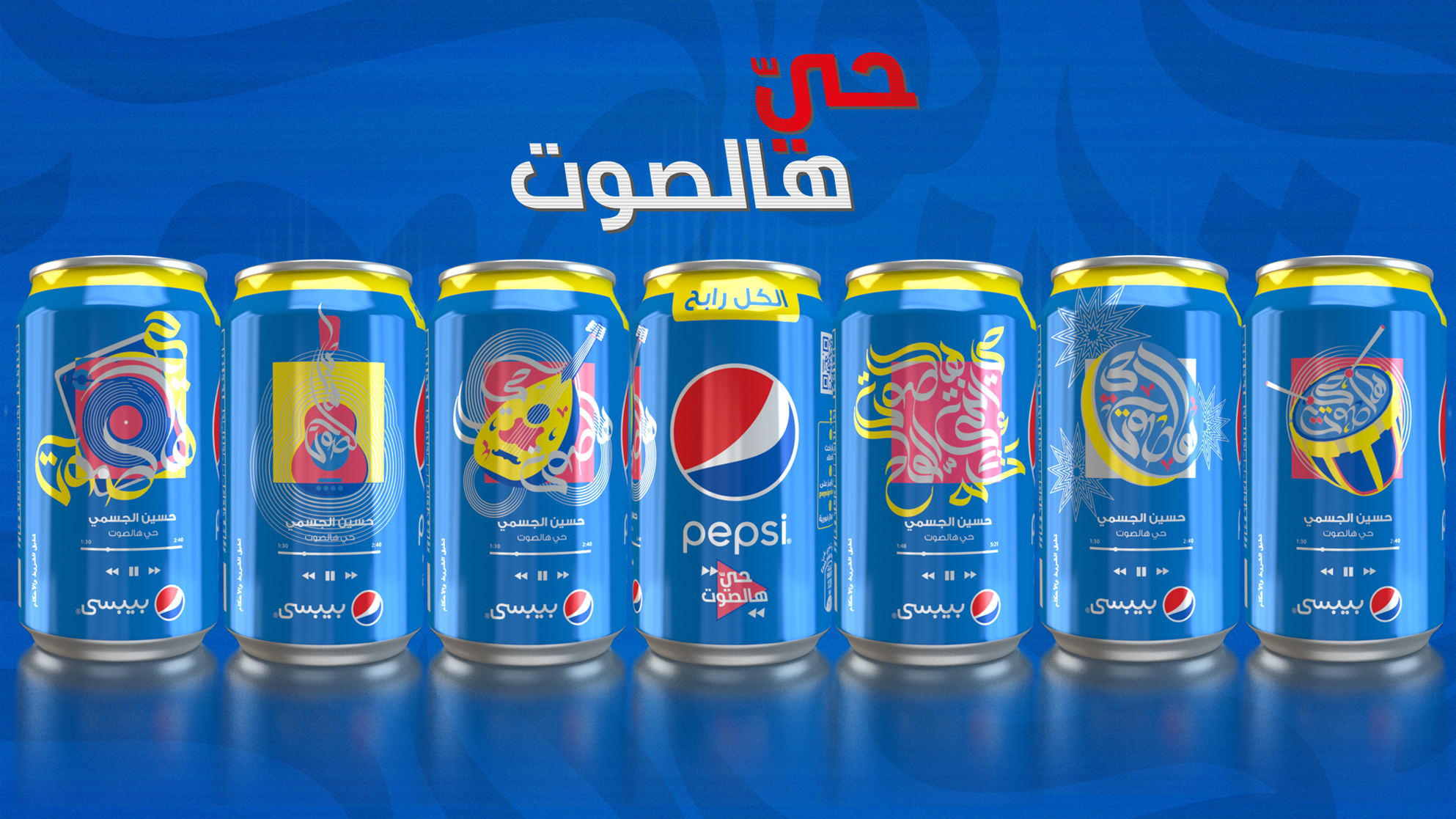 With an unparalleled legacy in the world of music, the Pepsi brand collaborates with global and regional artists and stars to support and champion creative expression. Celebrating the “canvas” of music, Pepsi launched a music campaign creative platform in the Kingdom of Saudi Arabia. With an ever-present eagerness for the new, the Pepsi KSA Music Campaign invites fans to break out of their bubbles and discover the old and new ‘beat’ of the kingdom.

The design team created six limited edition and interactive music-themed cans for the occasion. Each design highlights the beauty of Arabic calligraphy and features original song lyrics to the new song “Hay Hal Sot,” which was composed as a part of the campaign. The designs aim to reflect the heart of traditional Saudi melodies and beats fused with fresh attitude. As a part of a journey of musical discovery of sight and sound, the can designs feature both new and old world instruments played in the song, illustrated in vibrant colors. As a fun, interactive element, consumers can scan the instruments to stream and enjoy different versions of “Hay Hal Sot” featuring the instrument on their chosen can.

Pepsi collaborated with Hussain Al Jassmi, the Arab world’s most renowned singer to launch the song, “Hay Hal Sot,” composed by Hussain Al Jassmi and lyricized by Saudi Arabia’s leading poet and literary icon, Prince Badr Bin Abdul Mohsin. “Hay Hal Sot” is an ode to the Kingdom, honoring its beauty and bounty, and the unconditional love of its diverse and talented people. The song reached #1, topping the KSA charts (among English and Arabic hits) and Top Arabic in KSA category on the Anghami streaming platform.

In light of the challenging global times we have all been living in, the Pepsi KSA Music Campaign encourages joy, momentum, and renews a sense of discovery and openness to a future worth looking forward to.