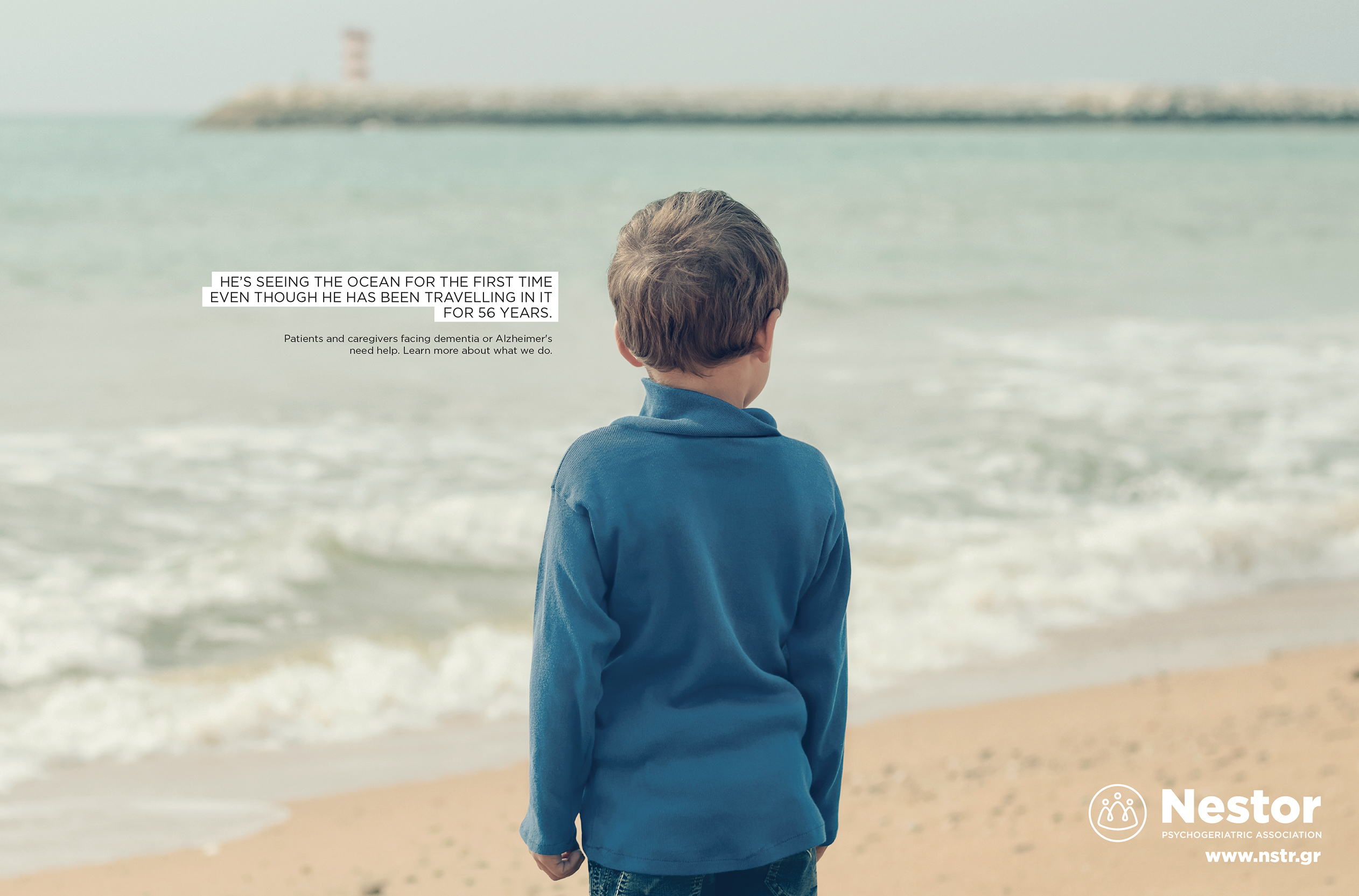 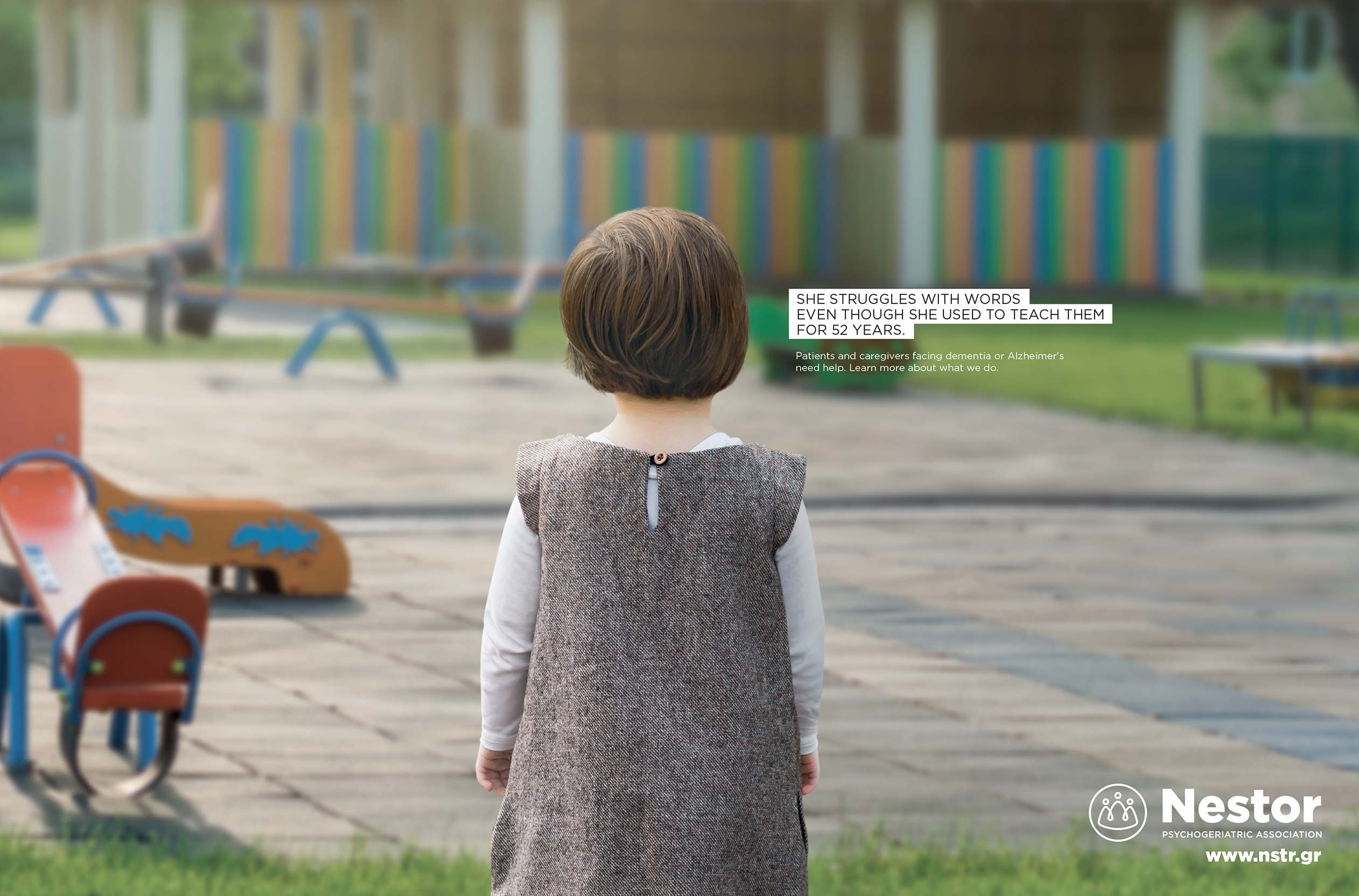 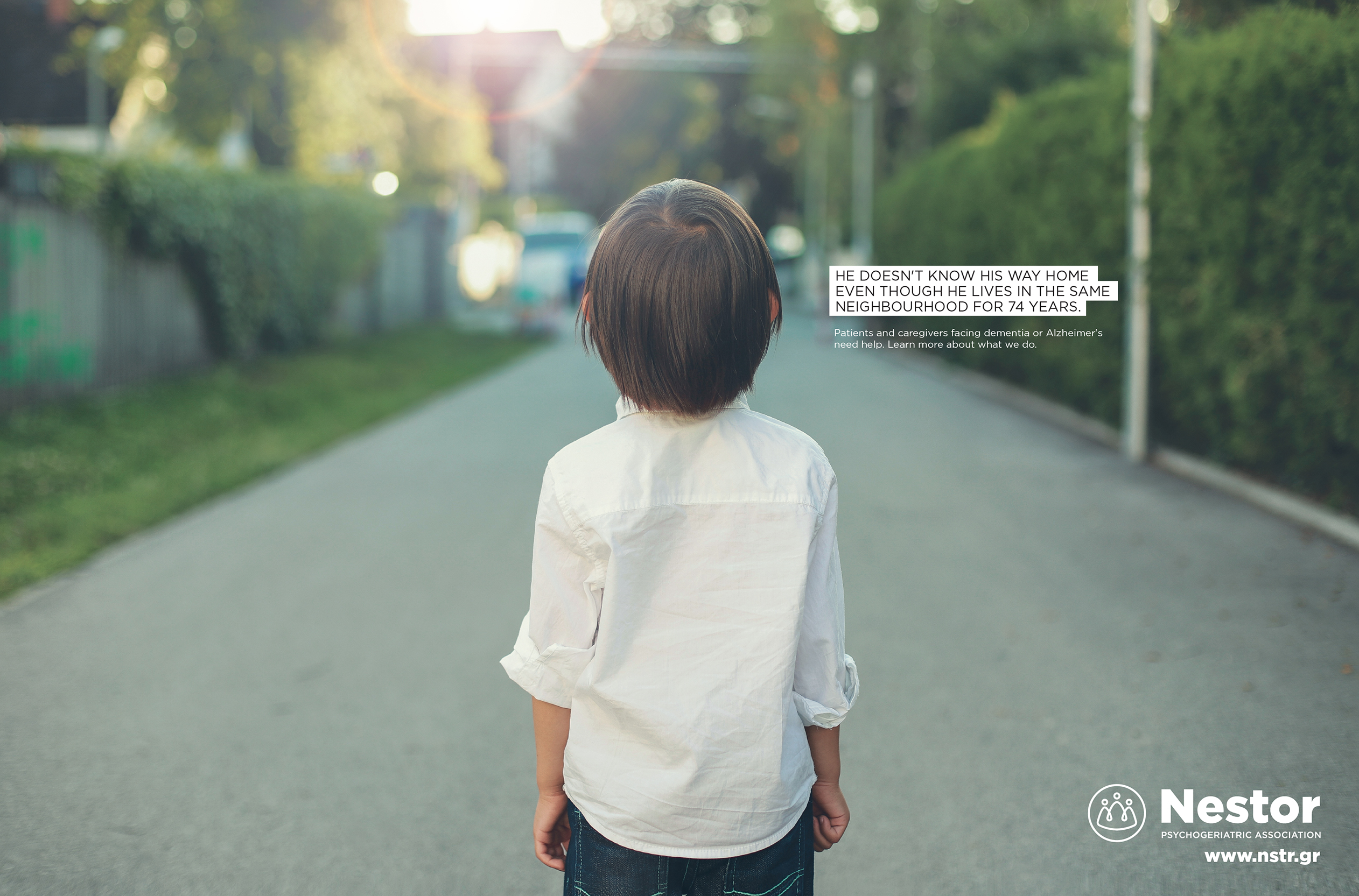 Our new campaign for “Nestor” Psychogeriatric Association. Founded in 2001, “Nestor” is the largest provider of free services for the elderly in Greece specialized mostly in Alzheimer and dementia. All its services are provided for free.

Patients with advanced dementia and Alzheimer’s cannot survive without help. They are no longer able to perform basic functions such as washing, dressing, eating or using the toilet. They show a complete inability to recognize surroundings, time, season, name of objects, or familiar faces. They are again like little, helpless children who are constantly in need of a caregiver.
This is exactly what we are depicting in our new campaign: The adult patient, presented as a lost or troubled toddler that struggles with speech. Only when one reads the entire title does understand the drama of the case.

Copies read:
1. HE’S SEEING THE OCEAN FOR THE FIRST TIME. EVEN THOUGH HE HAS BEEN TRAVELLING IN IT FOR 56 YEARS.

2. SHE STRUGGLES WITH WORDS. EVEN THOUGH SHE USED TO TEACH THEM FOR 52 YEARS.

3. HE DOESN'T KNOW HIS WAY HOME. EVEN THOUGH HE LIVES IN THE SAME NEIGHBOURHOOD FOR 74 YEARS.

in all three: "Patients and caregivers facing dementia or Alzheimer's need help. Learn more about what we do."

Client loved the idea form the start. We even talked to make small video commercials on the same concept.
Audiance reacted really emotionally on the campaign and “Nestor” Psychogeriatric Association was over all really satisfied with results and responds on the campaign.