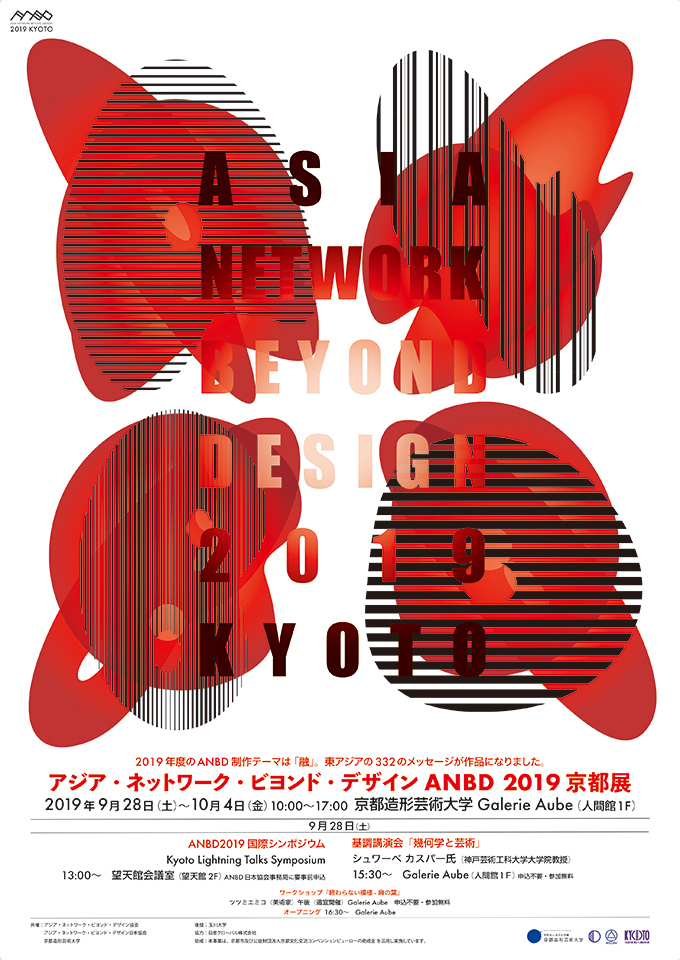 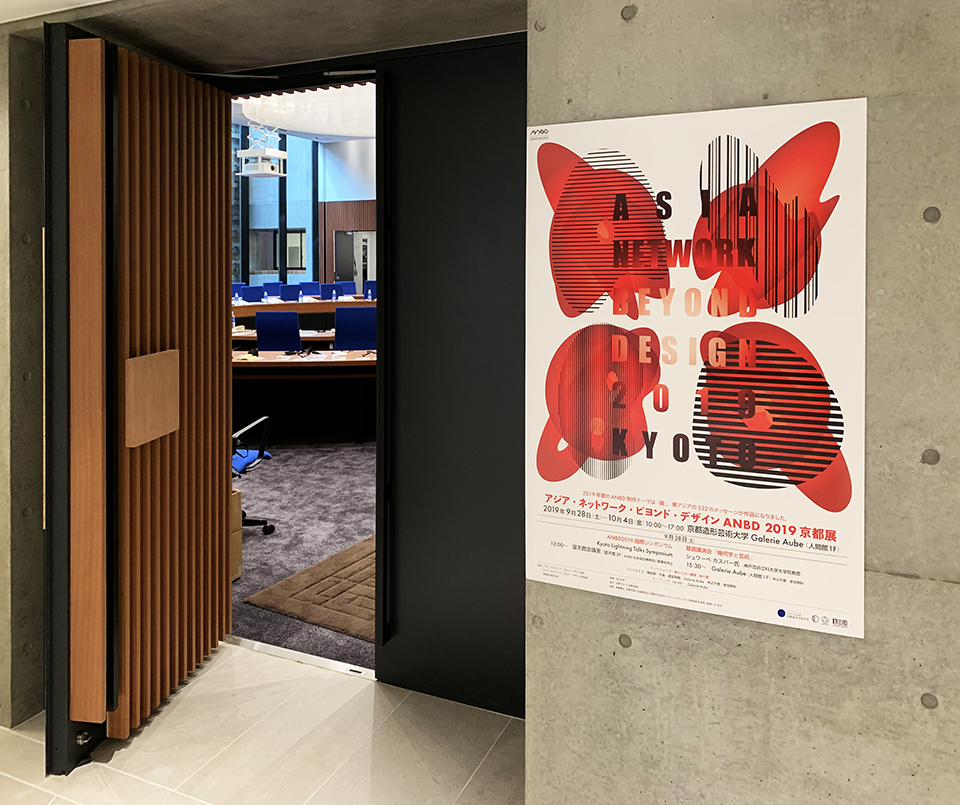 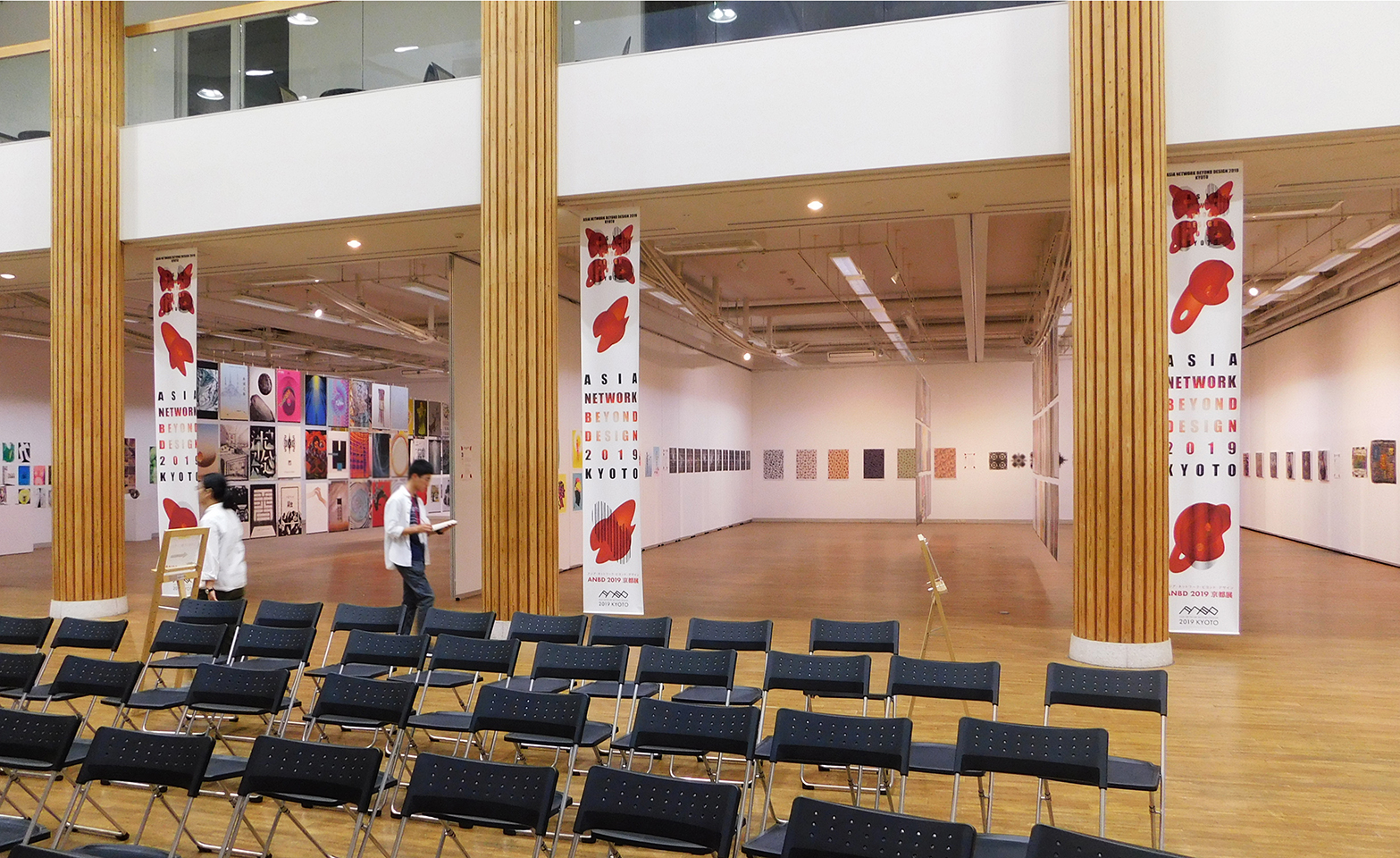 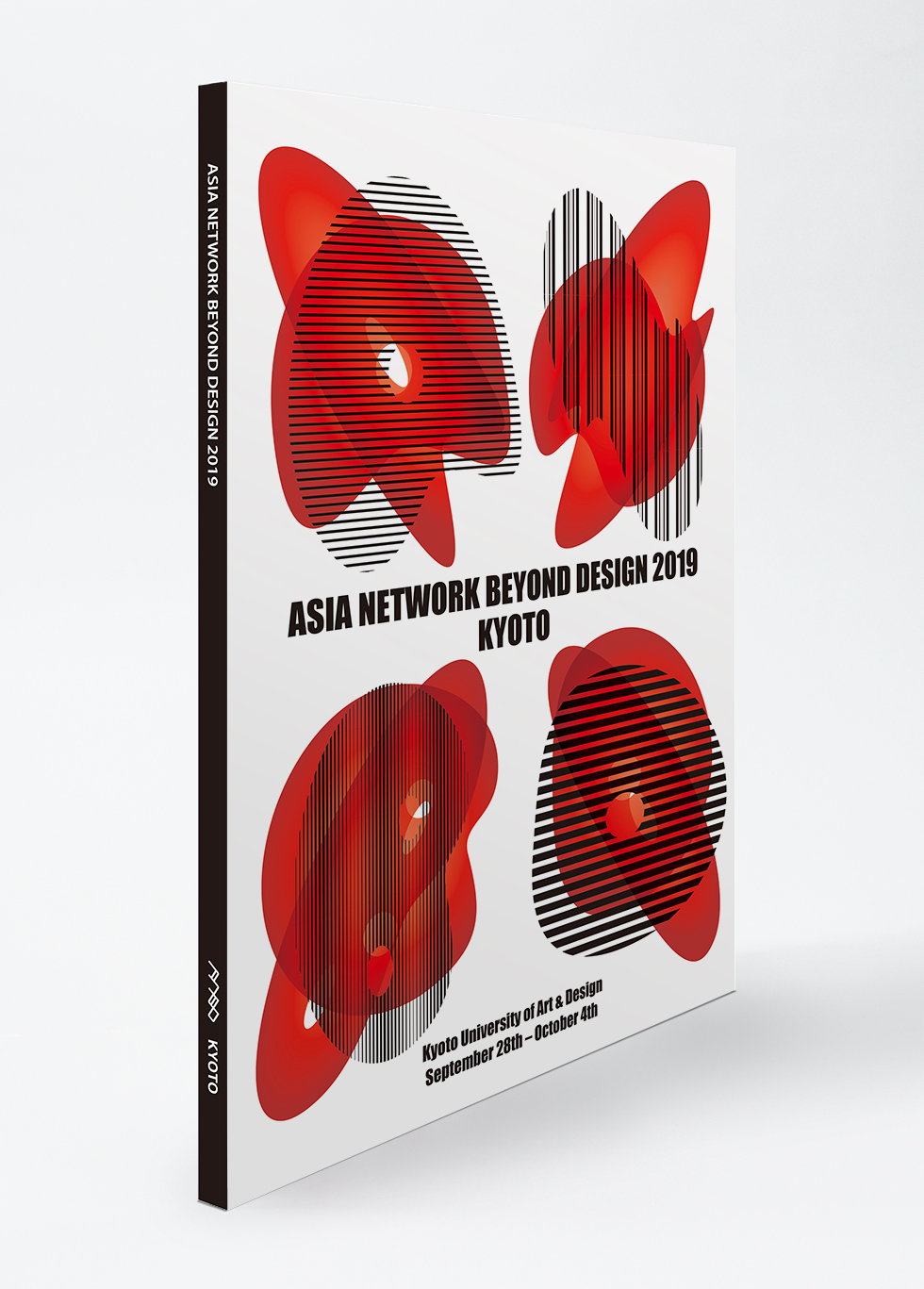 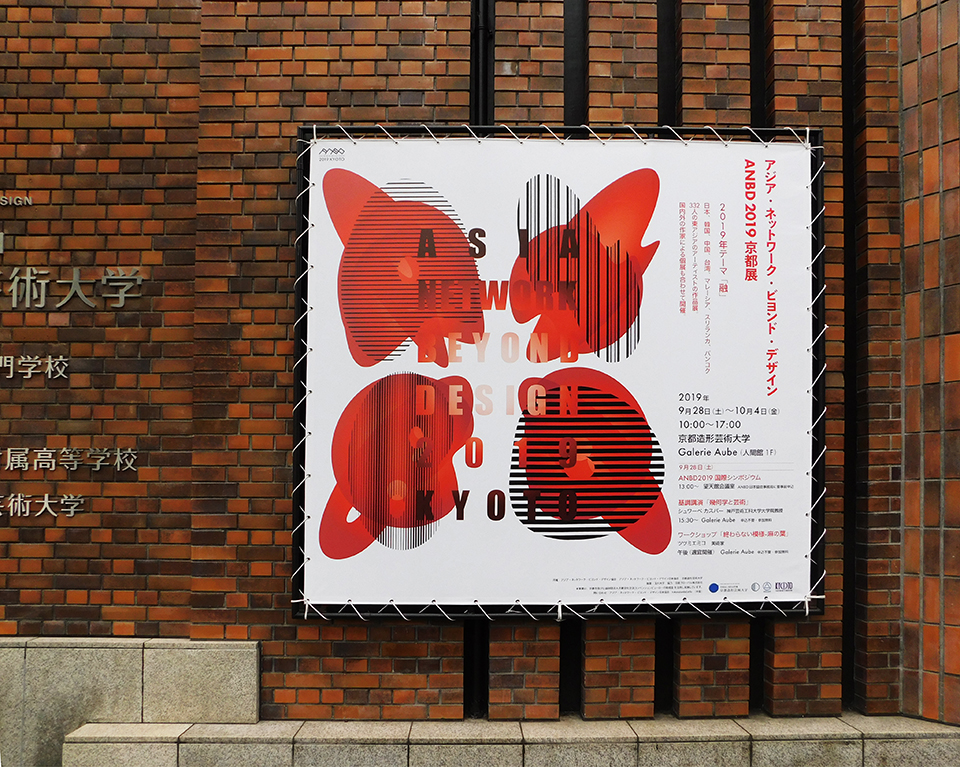 “Asia Network Beyond Design” group is aiming to promote many valuable exchanges and to perform Asian identity through networking over various boundaries.
ANBD participants can express their own ideas under the theme of the year.
This theme was“ fusion.
The goal was to make people aware and to incorporate this theme into the design.

This time I created 3 layers of the letters “ANBD” in different shapes and gradations. The alignment was beyond borders in a spreading pattern indicating the fusion of varieties. The 4 letters were initially viewed as a whole figure, but meanwhile could be viewed separately.
People are able to reconstruct and integrate the figures based on their imagination. Besides, the title of the exhibition was constructed int he similar colors of the letters, bringing out the message of“ fusion”.

This concept is success, and the various media was able to deploy.