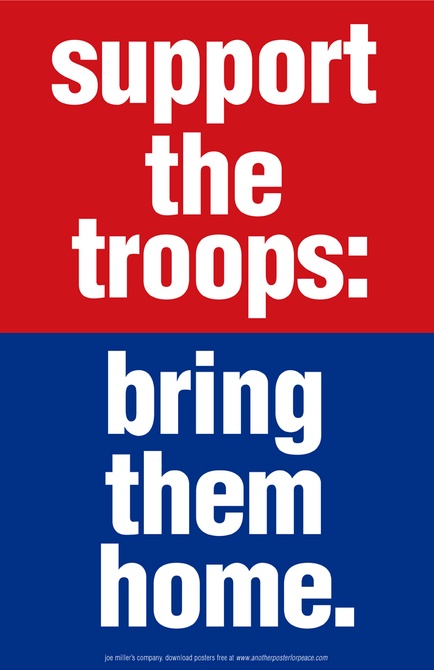 Just prior to the invasion of Iraq by the United States in 2003, the new anti-war site anotherposterforpeace.org invited several designers, including Joe Miller, to design posters promoting peace. Designed as U.S. troops were being amassed for invasion, the poster was published in early April, 2003, just after the initial invasion.

A bold, straight-forward, patriotic look that directly subverts the neutral to sometimes 'pro-war' phrase "support the troops" into an overall anti-war message.

Free downloadable and printable versions were widely distributed and often appeared publicly on lawns in front of homes, on cars, etc., and became a less-divisive, more universal and patriotic call for an end to war within the United States.