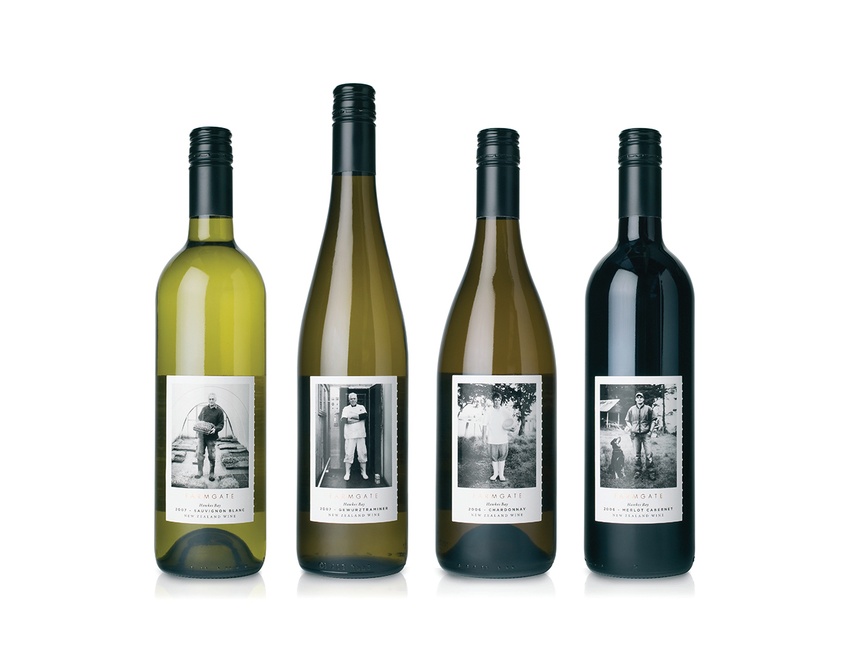 The objective was to develop a brand that supported a new direct to consumer business model. Terrior is a French word that means the unique characteristics of a place—its geography, climatic conditions, soil, even its people. It translates loosely as “a sense of place.” This concept of place—specifically Hawkes Bay New Zealand at the heart of Farmgate Wines. The concept of the label was supported by the name—Farmgate, a word that is embedded in New Zealand’s agricultural heritage and that told a story of honesty and integrity. Farmgate as a concept is also important, as the wine is not distributed in supermarkets or traditional liquor outlets, but direct to consumers. As the wine is sold direct, the label needed to function differently—the focus was not on shelf presence but on developing stories and connections that could be passed onto others. Farmgate is built on the concept of community—it features portraits and stories of artisan food producers from the Hawkes Bay Region on each wine label. Each food producer is paired with a varietal wine style suited to be matched with their product, for example a barrel aged chardonnay with the cheese maker. The photographic style references August Sanders, “People of the 20th Century.” Like Sanders’ images, the portraits included on the wine labels are in a documentary style, capturing real people. The back label contains a short statement from the food producer as well as the winemaker’s notes about the wine.