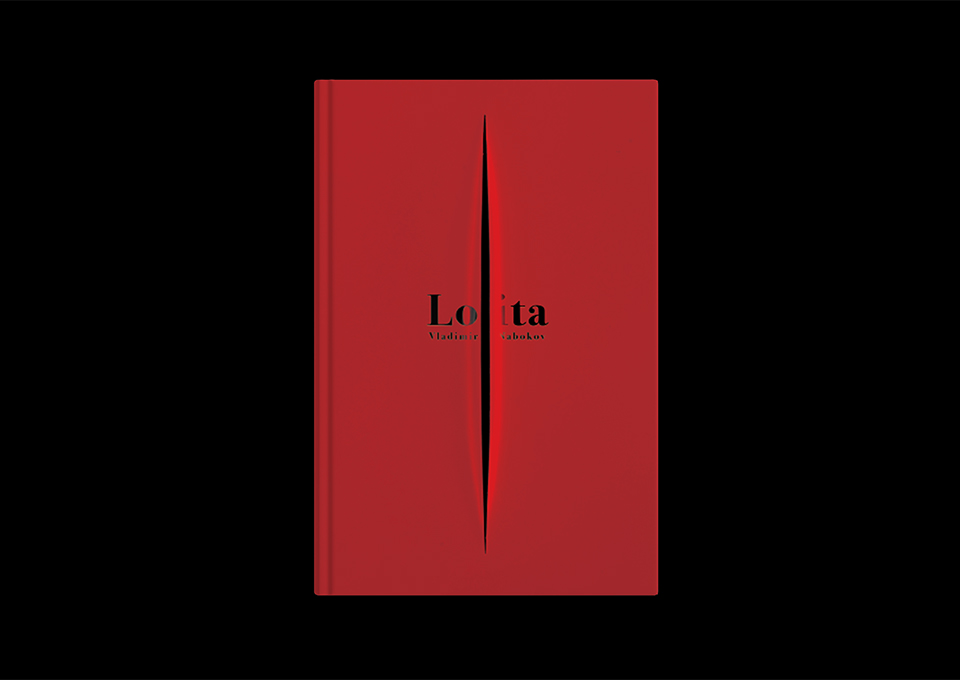 Lolita is a book about a middle-aged literature professor called Humbert Humbert—is obsessed with the 12-year-old Dolores Haze, with whom he becomes sexually involved after he becomes her stepfather. Design focused on dangerous temptation on abnormal love between Humber Humbert and Dolores Haze, who also known as Lolita.

The color red symbolizes temptation and love between them. The cut in the middle replaces the alphabet “L”, symbolize the lose of virginity and emphasizes the dangerousness in point of view of Lolita among her relationship with Humbert.