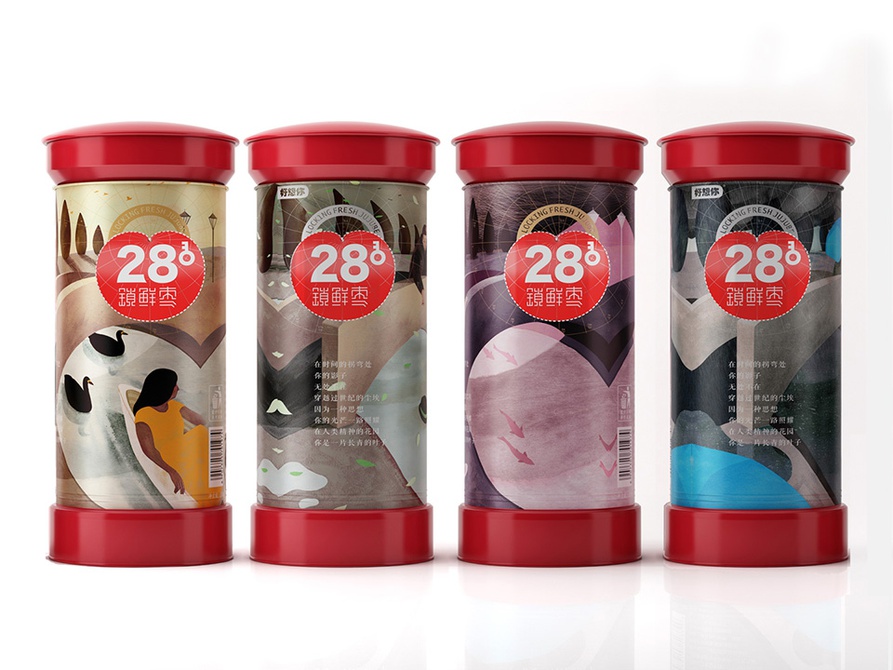 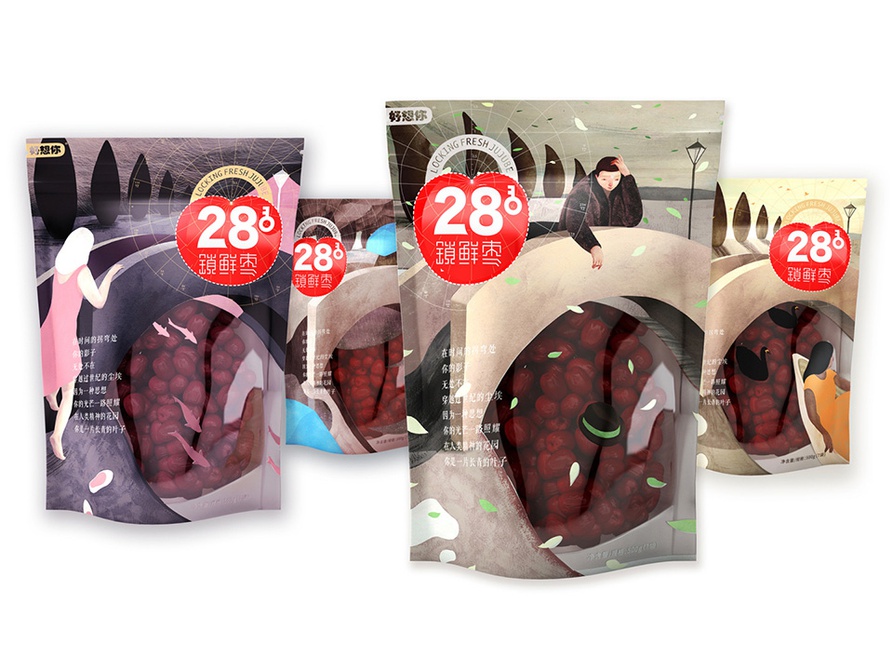 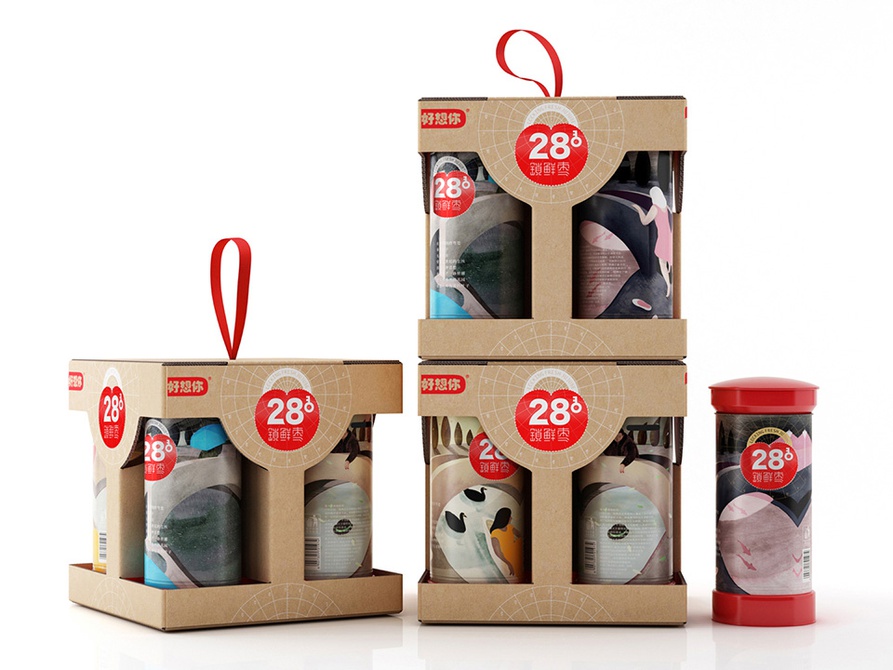 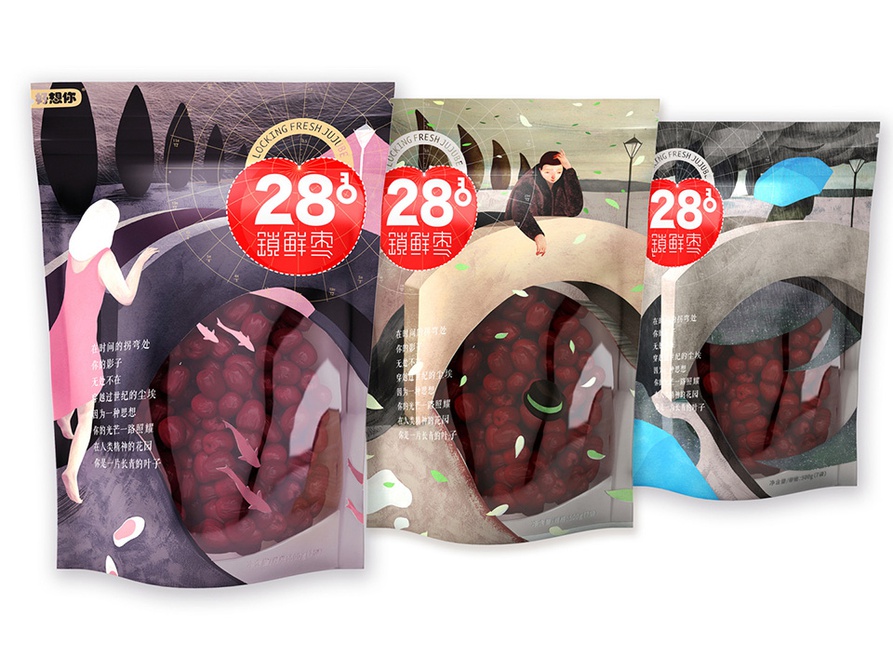 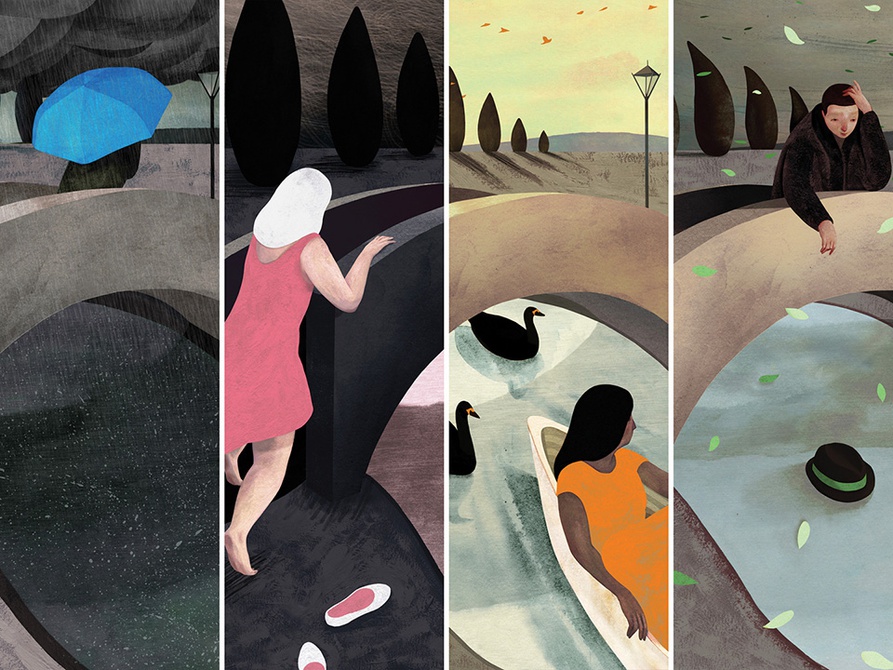 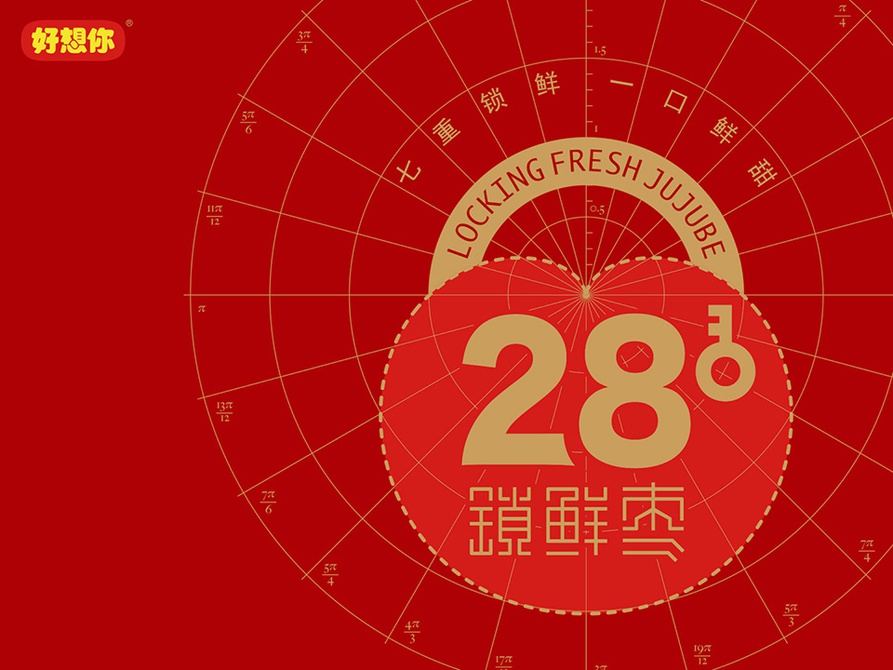 Haoxiangni is the brand name of our client’s red dates product. The characters in Chinese mean “Miss You Much”, which conveys the same feeling of sweetness and warmth as that of red dates. The client didn't haven any cooperation with any other professional design agent prior to ours. This time they decided to pay quite a lot of money to hire us to work for them, which proves their trust in our capability and their resolution to produce a good package.

We redefine Hao Xiang Ni by exploiting Cardioid, which is a heart-like form introduced from a romantic story of Descartes and a Swiss princess. The illustration is produced by our collaborative illustrator from the UK. His work conveys a sentimental but romantic sense at the first sight, which matches perfectly to the feeling of what the brand gives to its consumers. The mysterious heart-shape graph is symbolized, which means every single jujube represents a heart. The romance helps to build an un-restrained, uncompromising, and un-mundane style of aesthetics. The poetry illustrations from Owen Gent reinterpret the brand tone of Hao Xiang Ni, which endows it with an elegancy and romance.

It is sold out at the first week online after its first testing launch with a volume of 15 thousand bags. The client was happy and signed another contract with us after what has happened. They call us a “salesman design agency”.