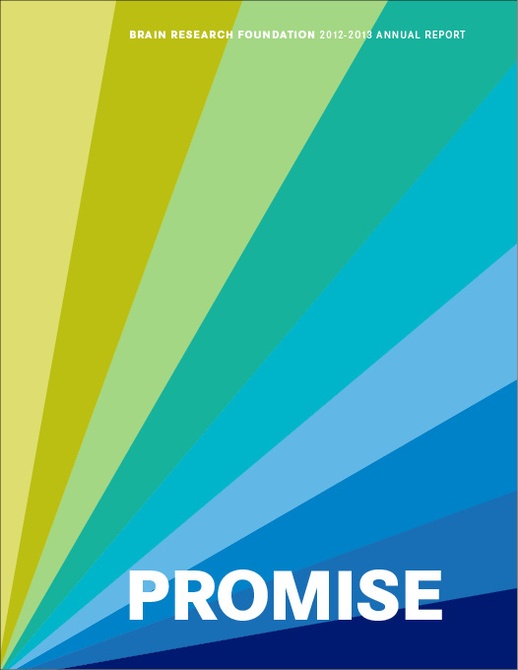 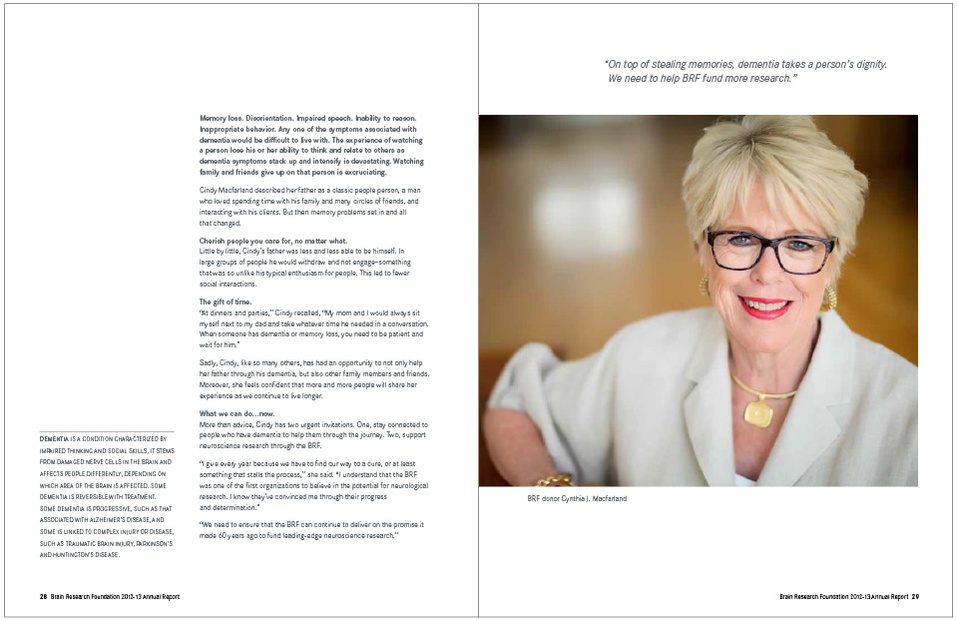 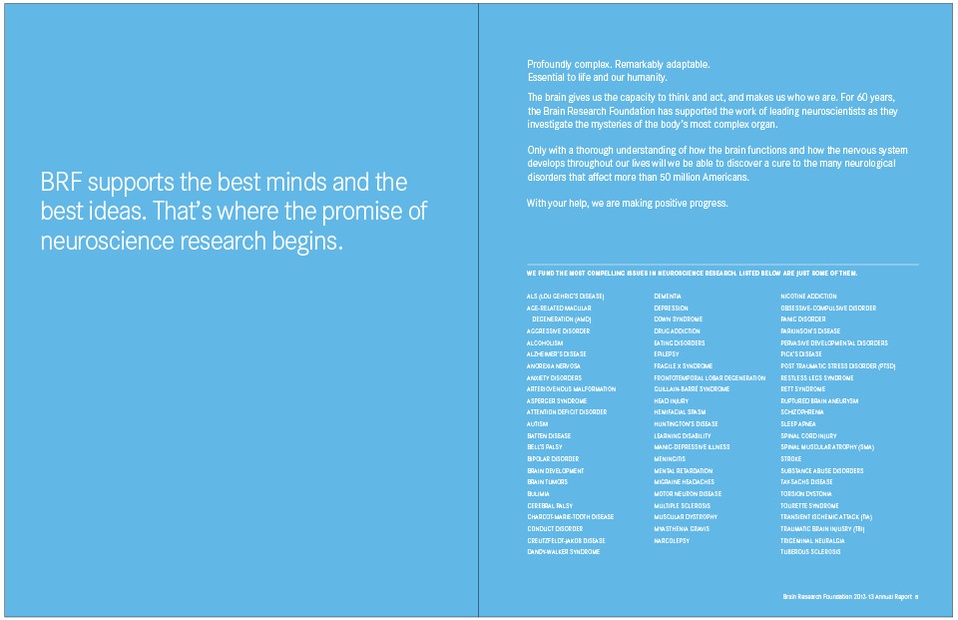 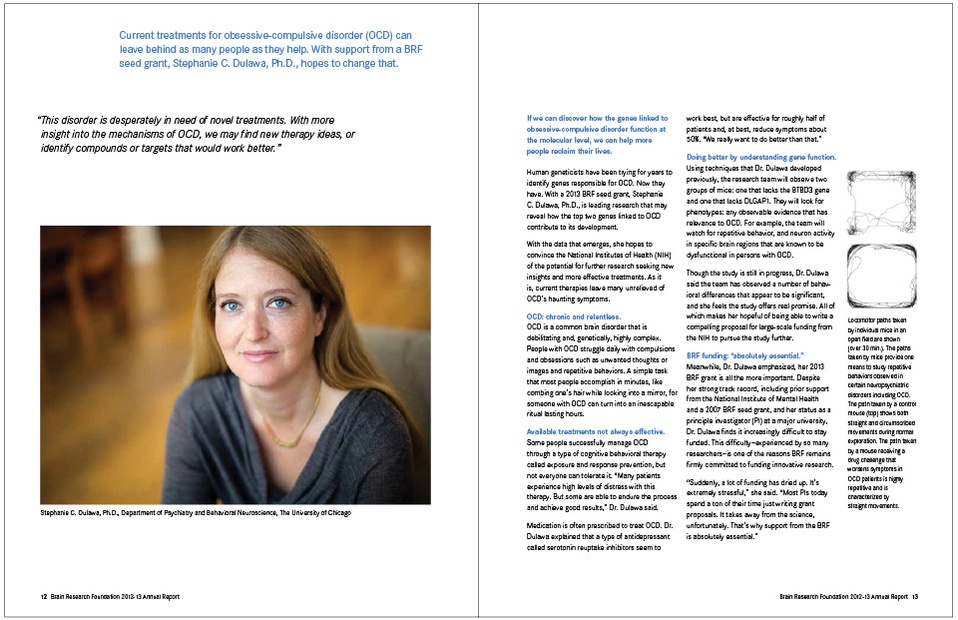 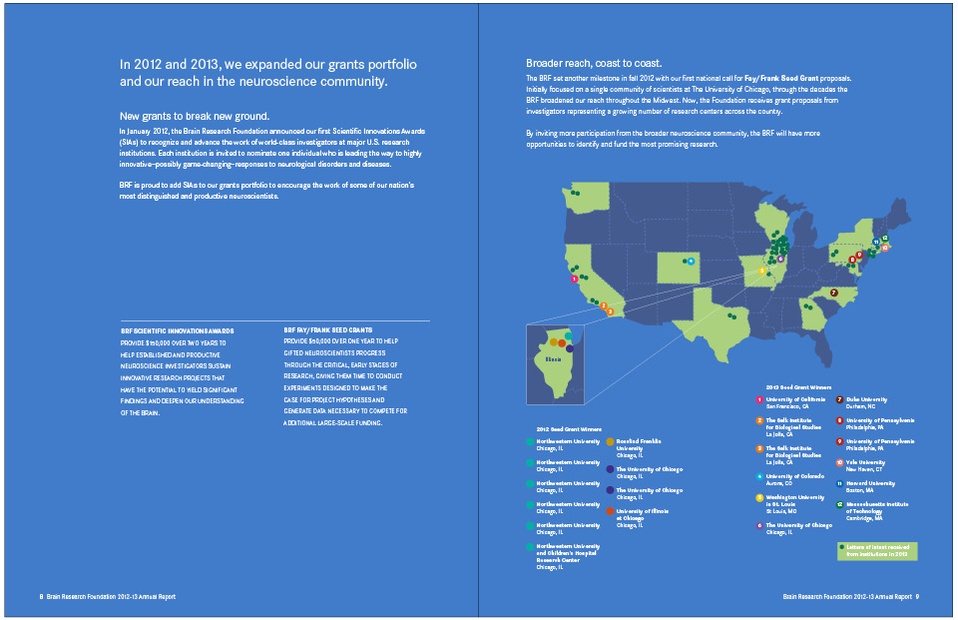 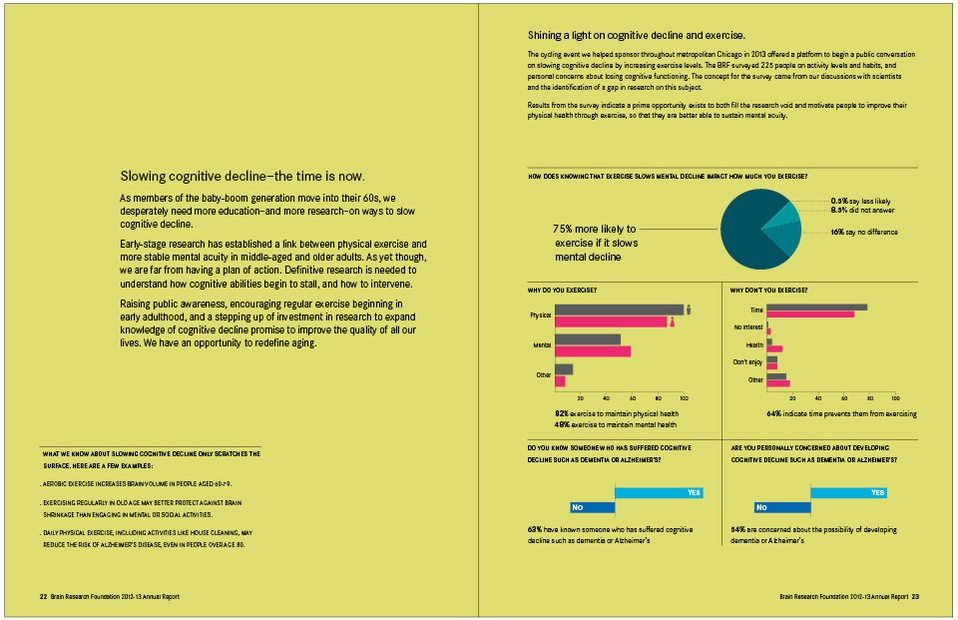 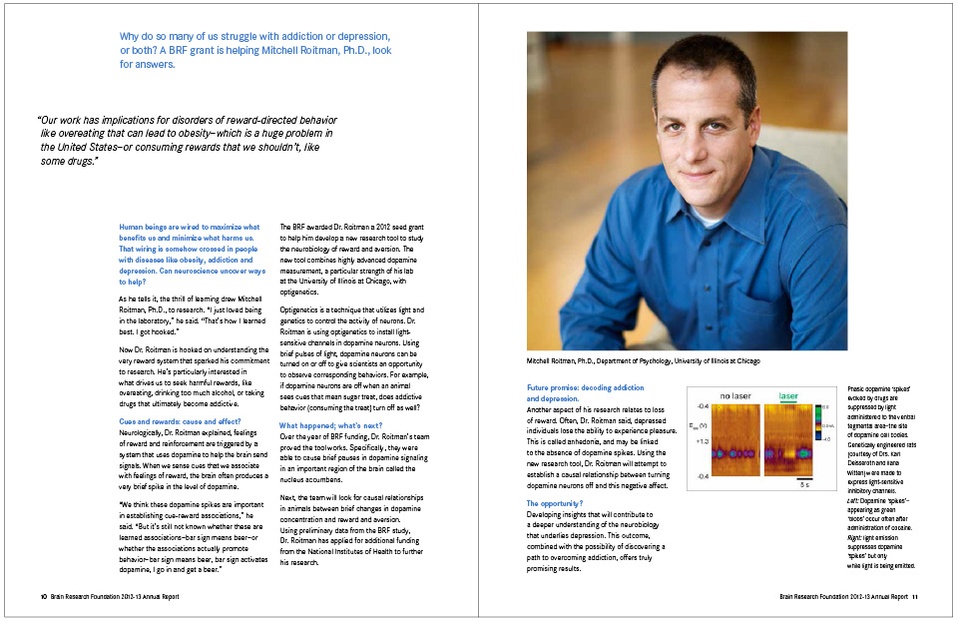 The Brain Research Foundation's Annual Report is intended to build awareness of its critical work and present a compelling case for donor support.

Kineo chose the theme of “Promise” to highlight the Brain Research Foundation’s (BRF) 60-year continued commitment to fund early-stage innovative neuroscience research. We could have opted to produce a retrospective; 60 years is a significant milestone. Instead, we chose to focus on the continued promise that the Foundation makes to fund ultimately ground breaking brain research.

To illustrate the promise, we featured several scientists who received grants from the BRF as well as several donors who support the work it does. The relatively small grants that the BRF awards enable researchers with cutting-edge ideas to gather the data needed to get larger governmental and institutional grants. These grants are extremely significant: statistics prove that for every dollar the BRF invests, a researcher is able to turn that into an additional $20 in further funding from larger institutions. A promise realized.

The annual was extremely well received and the client asked us to adapt the promise theme to a video that was presented at the Foundation's annual benefit. Most important, the Foundation received additional donor support as a result of the annual report's strong message and compelling argument for funding.